A country of film

Films and series with worldwide popularity and big budgets like Star Wars and Game of Thrones have showcased Spain’s monuments, landscapes and beaches to the world.

In 2019, audiences from all over the world will again see the Israeli actress Gal Gadot play Wonder Woman, this time cavorting around the beaches of Fuerteventura and Tenerife; and the Terminator (in the sixth film of the saga) doing his thing in the Madrid neighbourhoods of Lavapiés and Pueblo Nuevo, transformed into the streets of a Mexican village, and in Almería, Murcia and Salamanca, where other scenes were shot. These are just two of the big international film shoots that were under way in Spain at the time of closing this edition, not counting advertisements and documentaries.

Over the last three seasons, fans of Game of Thrones have enjoyed scenes filmed in 2014, 2015 and 2016 throughout Spain: Castellón, Navarra, Guipúzcoa, Cáceres and Seville, which was also visited by the stars of Star Wars: Episode II – Attack of the Clones (2002) for a scene in which the city’s Plaza de España –one of the most sought-after locations for international producers– fleetingly became a palace on the planet of Naboo.

As was the case with other industries, such as automobiles, during the 1960s and 70s, Hollywood found that Spain offered highly diverse locations – from desert landscapes to authentic medieval castles thanks to its rich cultural and artistic heritage –at a much lower cost than in the US. The development of tourism in Spain, which also started around this time, led to the construction of modern hotel and transport infrastructure, which, together with an exceptional climate– especially in the south, on the Mediterranean coast and islands –made the country an enticing location for international film productions, which were experiencing their golden age. Recent tax breaks approved in 2017– which return up to 20% of the total investment of a production (with a limit of 3 million euros) nationally, 40% in the Canary Islands and 30% in Andalusia –have boosted business, amid calls by the sector to increase tax breaks even more to compete with other European countries.

At the end of the 1950s and in the 1960s, the main filming locations were Madrid, Barcelona and Almería, which was much in demand –as it still is today– because of its desert landscapes, for films such as Lawrence of Arabia, directed by David Lean (1962), which was also shot in Seville (Plaza de España, Reales Alcázares, Casa de Pilatos, Palacio de Miguel de Mañara and Hotel Alfonso XIII). This period also stood out for the epic films of Samuel Bronston, such as the biblical classic King of Kings, directed by Nicholas Ray in 1961 and filmed entirely in Spain, in locations including Chinchón and Manzanares el Real (Madrid), El Fresno (Ávila) and Añover del Tajo (Toledo). El Cid, starring Charlton Heston and Sophia Loren (1961), was filmed in Ampudia (Palencia), Burgos, Calahorra and Colmenar Viejo. The film’s director, Anthony Mann, also used Spanish filming locations (Madrid, Segovia and Valencia) for The Fall of the Roman Empire (1964).

Colmenar Viejo, located north of Madrid, came to have its own studios and played host to hundreds of film shoots, including 55 Days at Peking (1963) and the famous battle scene from Spartacus (1960), where 8,500 soldiers from the Spanish army took part as extras, as well as numerous European Westerns, for which an Old West-style town was built as a set for the almost 200 films of the genre shot there.

In the 1980s, Conan the Barbarian, from 1982, which launched Arnold Schwarzenegger to stardom, was filmed almost entirely in Spain, with locations in Colmenar Viejo and Ciudad Encantada near Cuenca. The scene in Indiana Jones and the Last Crusade (1989) in which Sean Connery scares
the seagulls with an umbrella was shot
on the beach of Mónsul in Cabo de Gata (Almería). The director Ridley Scott chose the spectacular Romanesque castle of Loarre in Huesca for Kingdom of Heaven (2005), which was also shot in Córdoba, Segovia, Seville and Ávila. The 18th century France of Perfume: The Story of a Murderer (2006) was actually Catalonia: it was filmed in Barcelona and in the towns of Besalú, Figueras and Cantallops (Girona), Tortosa and Tamarit (Tarragona). The new century saw the arrival of major movie franchises such as James Bond (The World Is Not Enough, 1999; Die Another Day, 2002; and Quantum of Solace, 2008) and Star Wars (Episode II – Attack of the Clones, 2002).

The Canary Islands on the big screen

Thanks to tax breaks that return up to 40% of the total investment of a production –with a limit of 4.5 million euros and a minimum investment in the islands of one million euros– in recent years, the Canary Islands have become a much sought-after natural filming location for international cinema. Its varied landscapes, climate, with 3,000 hours of sunshine a year, range of hotels and the good air and sea communications that have made them one of the most visited tourist destinations in the world complete their appeal as a film set.

This is demonstrated by films such as Fast and Furious 6 (2013), and Exodus: Gods and Kings (2014), filmed in Almería and the island of Tenerife, generating an estimated 7 million euros during the two month shoot. The locations for the action adventure fantasy film Clash of the Titans (2010) included Timanfaya National Park, the islands of Lanzarote and Gran Canaria and Teide National Park in Tenerife, which also appeared in the sequel Wrath of the Titans (2010), along with other spectacular places on Tenerife, such as the Los Gigantes cliffs.

In 2015, the streets and airport of Santa Cruz de Tenerife were transformed into Athens, Beirut and Reykjavik for Jason Bourne, the fifth instalment of the series. Las Palmas de Gran Canaria appears as a North African city in Allied, directed by Robert Zemeckis and starring Brad Pitt (2016). In 2017, the beaches and sand dunes of Fuerteventura served as the birthplace of the main character in Solo: A Star Wars Story.

The Spain Film Commission, a non-profit organisation founded in 2001 with regional offices in the country’s 17 regional communities and dedicated to promoting international film shoots, cites the case of New Zealand, which gained worldwide renown and experienced increased visitor numbers after The Lord of the Rings (2001-2003) and The Hobbit (2012-2014) trilogies were filmed there.

In Spain, the Andalucía Film Commission has just launched an initiative to promote film location tours: among others, in Almería, the Tabernas desert, a setting for Lawrence of Arabia, the spaghetti westerns of Sergio Leone (A Fistful of Dollars, For a Few Dollars More and The Good, the Bad and the Ugly) and, more recently, Ridley Scott’s Exodus: Gods and Kings, standing in for ancient Egypt. In the province of Seville, in addition to the Plaza de España, film fans will recognise the spectacular Alcázares, Reales Atarazanas (13th-century shipyards), the bullring of Osuna and the Roman city of Italica as some of the locations of Game of Thrones, not to mention the Castle of Almodóvar del Río (Córdoba), among others. Other places in Spain have also played host to the filming of the hit series, such as Girona; Peñíscola, which has a long history as a film location since the 1960s; Bárdenas Reales Natural Park in Navarra; the Castle of Santa Florentina in Canet de Mar (Barcelona); the Castle of Zafra in Guadalajara; San Juan de Gastelugatxe (Bermeo); Zumaia (Guipúzcoa); and Malpartida in Cáceres. Navarra and Cantabria also offer tours of these and other places. Soria, where 80% of Doctor Zhivago (1965) was shot, also has tours of the filming locations of a film that, at the time, was a major economic boost for the province and immortalised its landscapes, turning them into the Russian steppes. 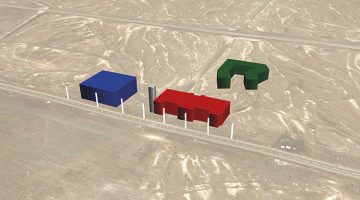