A toast to Spanish wine

Spain is the country with the most vineyards, is the third largest producer and the leading exporter of wines by volume... And despite the worldwide fame of sherry, cava or rioja, a large part of its oenological richness, with 90 designations of origin, remains almost unknown. 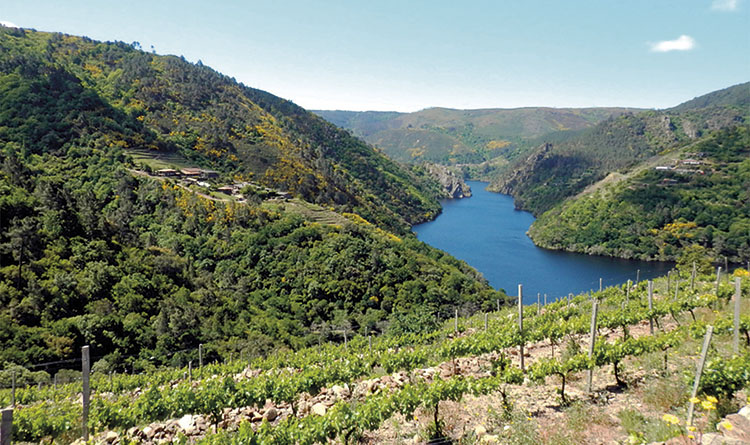 A country like Spain, due to its size, geography and diverse climate, produces a wide variety of wines; it has 90 designations of origin, only a few of which are known to the international consumer. Spain is the country with the most land devoted to vineyards in the world: in 2019, according to data from the Ministry of Agriculture, a total of 952,829 hectares. It produces a quarter of all European wine, which in turn accounts for three out of every four bottles consumed in the world. The total turnover of the approximately 4,000 Spanish wineries –75% of which export abroad– amounts to over 7 billion euros and the sector contributes around 1% of GDP. Indeed, after Italy and France, it is the world’s third largest producer of wine and the leading exporter by volume, mainly of bulk wines without a protected designation of origin or geographical indication (PDO/PGI). This type of wine accounts for more than half of the total production and approximately the same percentage of exports, of which only 30% to 40% are quality wines. Of the latter, Rioja and Cava are the most popular, and even more so, Cariñenas, Utiel-Requena, Almansa, Valdepeñas and Jerez are the most popular abroad by volume. The United Kingdom and Germany are the main consumers of Spanish wine, and outside the European Union, Mexico, the United States, China and Canada.

In Spain, some 120 native grape varieties are grown, some of which are associated with very specific areas or regions. On the Atlantic and Cantabrian coasts –what is known as ‘green Spain’– varieties adapted to the moist climate are grown, giving rise to the Galician Albariños or the Basque Txakolís. In the vast central area of the country, with its dry continental climate, the varieties Garnacha and Tempranillo (above all) are used to produce outstanding reds such as the Castile and León wines of Ribera del Duero, La Rioja, or the wines of El Bierzo, in León, produced with the red Mencía grape and the white Godello grape. The designations of origin Toro, Rueda or Cigales are also from the Castile and León region. Catalonia produces 90% of Spanish cava –a sparkling wine with DO produced since the 19th century according to the French Champenoise method– mainly in the regions of Penedés, Costers del Segre and Alella, with the native varieties Parellada and Xarel·lo, although it is also produced in some areas of La Rioja, Extremadura or Navarra. In addition to cava, which is its most exported wine, Catalonia has more than half a dozen other designations of origin, including Priorat and Monsant.

Andalusia is the cradle of the most famous Spanish wines in the world: Jerez or Sherry (from the Arabic Sherish). They all share the same common denominator: they are produced in the province of Cadiz, with the Palomino grape variety (or Pedro Ximénez in the case of sweet wines) and in the territory of the nine municipalities known as ‘el Marco de Jerez’: Jerez de la Frontera, El Puerto de Santa María, Sanlúcar de Barrameda, Chiclana de la Frontera, Chipiona, Puerto Real, Rota, Trebujena and Lebrija, the latter belonging to the province of Seville. Different types of wines come from different winemaking processes: biological ageing or ‘velo de flor’ (yeasts that prevent oxidation), or oxidative (natural ageing in American oak barrels or ‘botas’), sugar content (based on which, they are classified from dry to sweet), and final alcohol content after the process of adding wine spirits, called ‘fortification’. 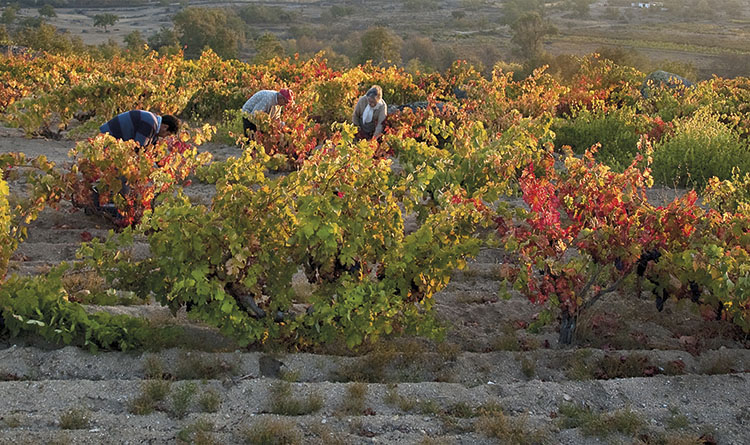 Many of the Spanish designations of origin are still relatively unknown, due to their small size (59 of the existing 90) despite the quality of their wines, such as Lanzarote (Canary Islands), Menorca (Balearic Islands), Arlanza or Arribes (Castilla León), Ribera del Guadiana (Extremadura) or Somontano (Aragón). / PHOTO_ALEJANDRO ESPINOSA (FLICKR)

DENOMINATIONS OF ORIGIN OF WINES FROM SPAIN 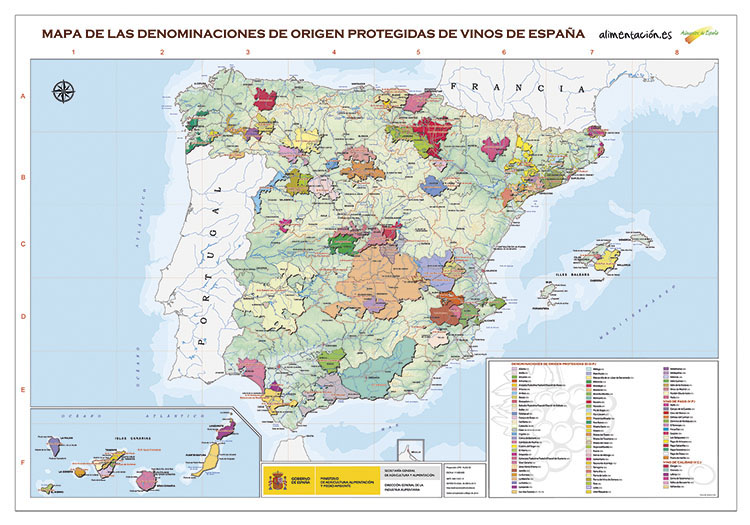 In a country like Spain, the second largest tourist destination in the world which in 2019 once again broke its own record by receiving 83.7 million visitors, there is no shortage of wine tourism. According to the Spanish Association of Wine Cities (ACEVIN), in 2019 this sector generated 80 million euros and attracted three million visitors, a quarter of which were international. Spain has 30 ‘wine routes’ to become acquainted with the different designations of origin.

The major wineries are the wine tourism destinations par excellence. With more than half a million visits in 2019, those from Jerez top the list: Tío Pepe, from González Byass; Osborne, in El Puerto de Santa María or the Bodegas Hidalgo La Gitana, in Sanlúcar de Barrameda, to name but a few. After that, it is cava that arouses the most interest among wine tourists. In Catalonia, some of the most outstanding wineries are: Cordorniu, in San Sadurní d’Anoia (Barcelona), founded in 1551, the oldest winery in Spain; or the Castillo Perelada winery, with its spectacular monumental complex.

Of the Rioja D.O., the most visited and internationally recognised are Viña Tondonia, in Haro, where the Barrio de la Estación Tasting, one of the most popular wine and food events in the country, is also held every two years. Vivanco, in Briones, Ysios, in Laguardia (Álava), with its facilities designed by Santiago Calatrava, or the ultra-modern complex designed by Frank O. Gehry, for the Marqués de Riscal winery, in Elciego (Álava).

The 12th century Santa María de Retuerta Abbey in Sardón del Duero (Valladolid) has been converted into a winery with a five-star hotel and a Michelin-starred restaurant.  In the Ribera del Duero D.O., Bodegas Portia, in Gumiel de Izán (Burgos), boasts its avant-garde headquarters designed by Norman Foster.

Another way of getting to know the world of Spanish wine is by attending the ‘Radical Wines’ Fair, which for the past six years has brought together winemakers from all over Spain in Madrid who strictly follow traditional methods of cultivation and production. With minimal production and often high prices, another option is ‘garage wines’ (made in very small quantities and of high quality) such as those from the Dominio de Pingus winery, in Quintanilla de Onésimo, Valladolid, which produces some of the most exclusive and award-winning wines in the country.

Sherry wines have been renowned and exported since ancient times, although their industrial boom and current ageing methods were established in the 19th century. Today, they continue to receive countless awards. Some of the most recent awards include ‘world’s best wine’ at the International Wine Challenge 2019, which was presented to Tío Pepe Cuatro Palmas, 53. This is a very old amontillado one of the main varieties, together with the fino, a dry white wine aged biologically for at least two years in American oak; the oloroso, which ‘heads’ up to 17º and goes on to oxidative ageing directly; the manzanilla, a fino made in Sanlúcar de Barrameda; and the palo cortado, an initially fine wine, with a high alcohol content and very long ageing process. Its name comes from the chalk mark made on the barrel at the beginning of the ageing process.

Other highly valued sherries are the natural sweet wines, which are made from the Pedro Ximénez grape variety. Outside Andalusia, this type of wine is also produced in Valencia and in the Ebro basin, with Moscatel grapes; and in Jumilla, Yecla, Alicante and Almansa, from the Monastrell variety. 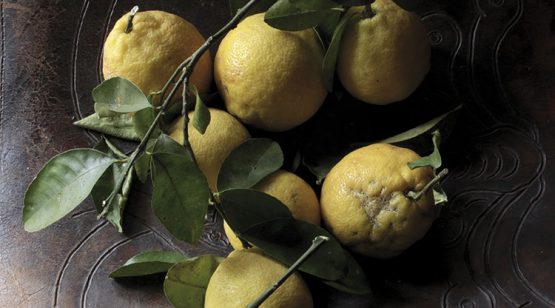 Splendour in the garden