He holds a degree in aeronautical engineering from the UPM and a Master’s degree in General Business Management. He belongs to the Military Corps of the Air Force and the Civil Aeronautical Engineers Corps. He has worked in the Air Force since 1984, followed by a number of aeronautical organisations and companies. 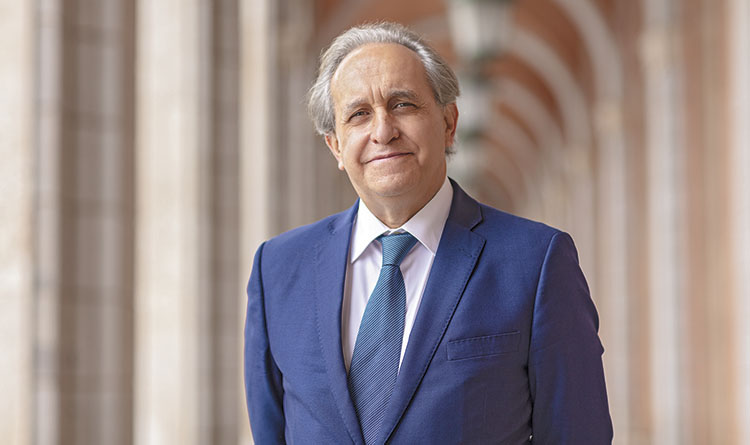 A LENGTHY CAREER IN CIVIL AND MILITARY AVIATION. / PHOTO_ENAIRE

If EUROCONTROL’s most optimistic forecasts hold true, air traffic will not recover to 2019 levels until 2024. Now that the workload has decreased, are they taking advantage of this situation to implement new technologies?

ENAIRE’s Strategic Plan 2021-2025, the so-called Flight Plan 2025, has been developed taking into account the impact of the COVID-19 pandemic, as well as the transformation taking place in the air navigation sector. The ultimate goal is to emerge stronger from this terrible crisis that has hit the airline industry so hard.

Flight Plan 2025 has a strong international focus and aims to promote the modernisation of ENAIRE through technological and digital transformation and cultural and organisational change, with the intensive participation and involvement of our professionals and stakeholders. This plan proposes air mobility in its threefold dimension as a human right, an element of social cohesion and a lever for economic growth.

Thus, apart from strengthening safety as a main strategic priority, it states that the scalability and resilience of services must ensure economic sustainability, improving the efficiency, productivity and flexibility of the organisation and the quality of services, optimising the use of resources and taking advantage of all the available technological improvements that we are already developing and implementing.

We have planned, and are already implementing, a major investment plan to digitalise and comprehensively modernise Spanish air navigation technology in line with the requirements of the Single European Sky (SESAR programme) and to embark upon development and internationalisation efforts in order to become a global services operator.

They have further reduced charges, their main source of income. What are your turnover forecasts for 2021?

En-route charges have actually been lowered again in 2021, to 11% on the mainland and 8.5% in the Canary Islands, which were already among the lowest, again as a measure to support airlines in this second year of the pandemic.

In truth, our forecasts are that ENAIRE will not recover its 2019 turnover before 2024, although this will be heavily influenced by the evolution of the health and economic crisis and its consequent impact on air traffic.

What is the ‘Green Sky’ project and what new measures to reduce carbon emissions would you highlight?

Flight Plan 2025 considers environmental sustainability as a fundamental issue that must be tackled in conjunction with the recovery of the air transport sector. ‘Green Sky’ is the name of ENAIRE’s sustainability strategy for the 2021-2025 period.

‘Green Sky’ is based on three basic lines of action, two of which are specifically aimed at climate action, and a third one aimed at reducing other impacts on the environment. ENAIRE contributes to the fight against climate change, firstly, by reducing atmospheric emissions associated with air transport through the actions contained in the ‘Fly Clean’ programme, which aims to optimise our air route network and reduce the distances flown and aircraft fuel consumed.

A second programme, called ‘Eco-Enaire’, contributes to the reduction of ENAIRE’s own emissions through an ambitious plan for energy efficiency and self-consumption of renewable energies. Similarly, our sustainability strategy includes a specific programme, called ‘Fly Quiet’, with the aim of reducing the acoustic impact on the airport’s surrounding populations and protected natural areas.

The widespread use of virtual networks has increased cyber-attacks, have you been affected, and what protective measures are being taken in the aviation sector?

Remote working has received a strong backing that has brought it to the forefront of the social and labour market. The communication and remote access infrastructure, which was already in place and fully functional, as well as different collaborative tools, have seen their use increase exponentially, strengthening in terms of capacity and infrastructure. All of this, of course, while applying rigorous security measures to guarantee the integrity and confidentiality of information, as well as the availability of the associated services, in full compliance with the Certification of Conformity with the National Security Scheme, for which we have been awarded the highest category.

Thanks to all of this, despite having observed an increase in cyber-attacks during the pandemic, ENAIRE has continued to provide its services in accordance with its commitments to security, quality and efficiency, without suffering any incident with a negative impact on its operations.

Flight Plan 2025 considers environmental sustainability as a fundamental issue that must be tackled in conjunction with the recovery of the air transport sector. ‘Green Sky’ is the name of ENAIRE’s sustainability strategy for the 2021-2025 period

In January 2023, the new European ‘U-Space’ regulation on drones will enter into force. What advantages will ENAIRE’s ‘U-Space’ platform offer?

The ‘U-Space’ platform will improve the safety and efficiency of operations by providing enhanced situational awareness (i.e. operators/pilots will be able to be aware, in real time, of drones flying in the vicinity, with the ability to see them on their screens at all times). This is very important as even in Visual Line of Sight (VLOS) flights there are situations where it is difficult to tell whether our drone is sufficiently far away from another drone in the vicinity. All of this is a simple but fundamental example of how to increase the safety.

All of the automation and digitalisation involved in the platform will also be very useful. This will make flight planning much more streamlined, efficient and safe, while greatly reducing the number of operational coordinations that our professionals have to perform.

It will also provide other benefits such as ensuring people’s privacy. We will be able to know for sure that the drones flying around us are legal drones, operated by professionals. This is also something that our platform will provide through the Network e-Identification service. This will enable law enforcement agencies to monitor the drones they are flying at all times.

In their recovery plan, they have emphasised communication and cooperation between the company and its professionals. What are these measures?

ENAIRE is an organisation that has long been committed to ensuring the well-being of the people that make up its workforce. Accordingly, since 2020 ENAIRE has sought to reinforce this approach to support its leaders and teams. A very important part of the Flight 2025 Plan focuses on promoting cultural transformation, diversity management, talent, conciliation, project orientation, team promotion etc. In short, on achieving a working relationship committed both to sustainability and growth and to the personal and professional progress of all its employees.

A LENGTHY CAREER IN CIVIL AND MILITARY AVIATION

Ángel Luis Arias Serrano holds a degree in aeronautical engineering from the UPM and a Master’s degree in General Business Management. He belongs to the Military Corps of the Air Force and the Civil Aeronautical Engineers Corps. He has worked in the Air Force since 1984, followed by a number of aeronautical organisations and companies. At Aena, he has held the positions of Director of Strategic Planning, Deputy Director to the Presidency and Director of Strategy, Innovation and Sustainability. He held the position of General Director of Civil Aviation from January 2012 until his appointment as General Director of ENAIRE in 2015. During this period he also chaired the Governing Board of the Aviation Safety Agency (AESA), and was a member of the Boards of Directors of Aena and SENASA, as well as Vice-Chairman of EUROCONTROL.

Previous Article Measures to get off the ground 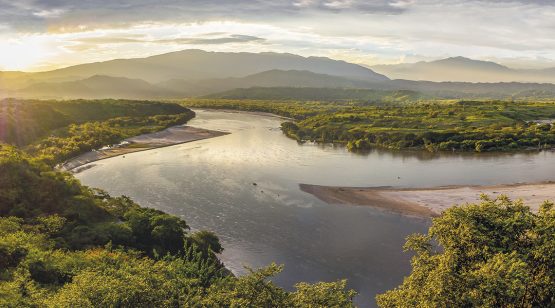