Back from the brink

Twenty years ago, there were barely 100 individuals left, but thanks to conservation efforts the wild population of the Iberian lynx has now grown to 1,100. Although it remains at risk of extinction, the growth of its small population –along with those of the bearded vulture, imperial eagle, Cantabrian brown bear and Iberian wolf– is an encouraging outcome of the efforts to conserve the wildlife of Spain and Portugal. 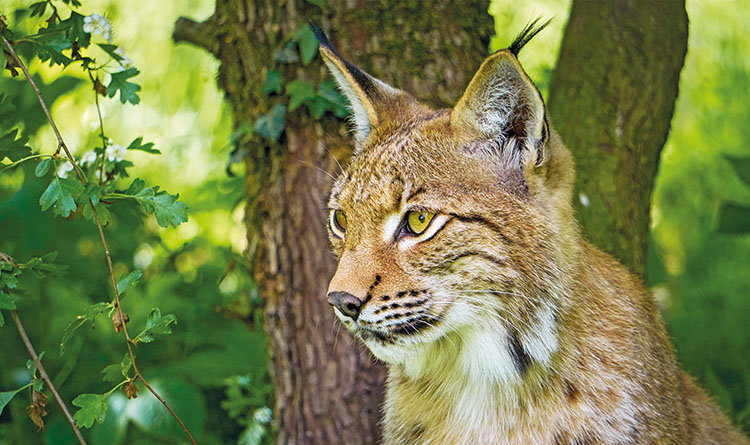 By the year 2000, there were fewer than 100 Iberian lynxes left, and the species was considered virtually extinct. However, the latest data in May 2021 revealed a population of over 1,100 animals. / PHOTO_KONRADS BILDERWERKSTATT (FLICKR)

Paleontological remains indicate that one and a half million years ago, the Iberian lynx roamed throughout the Iberian Peninsula. However, little by little its territory was reduced to a handful of scattered areas in Extremadura, southern Portugal and Andalusia. The Lynx pardinus is an endemic species that typically inhabits the Mediterranean forest environment and is one of the world’s four lynx species, along with the Eurasian lynx (Lynx lynx), found in northern Europe and much of Asia; the Canada lynx (Lynx canadensis), found in North America; and the bobcat or red lynx (Lynx rufus), found in southern Canada, the USA and northern Mexico.

They are all classified as ‘Least Concern’ by the International Union for Conservation of Nature (IUCN) with the exception of the Iberian lynx, which suffered a drastic fall in numbers from the 1960s onwards and especially during the 1980s and 1990s. Moreover, the sparse historical records indicate that the population was not particularly large to begin with. This was the conclusion reached by the first experts who called attention to the species’ plight, as a result of which it was declared “Critically Endangered” in 1986. By the turn of the 21st century there were less than 100 individuals and the species was considered all but disappeared.

However, the Spanish central government and regional administrations, along with the Portuguese government and various public and private organisations, institutions and NGOs, were able to join forces and respond. 1999 saw the approval of the National Strategy for the Iberian Lynx, based on the creation of ex situ captive breeding centres to produce animals that could subsequently be released into the wild. The first such centre, El Acebuche, was opened in 1992 in Doñana National Park. At present there are five of these centres: three in Andalusia (El Acebuche, La Olivilla in Jaén and the Zoobotánico in Jerez de la Frontera), one in Extremadura (Zarza de Granadilla, in Cáceres) and another in Portugal (Centro de Silves).

At the same time, action was taken to protect and restore the Mediterranean forest environment and rabbit populations. This latter species, which is currently the focus of another recovery programme (LIFE Iberconejo), is a vital food source not only for lynx but also for around 40 other species, including the Spanish imperial eagle (also threatened).

In addition to the organisational difficulties, there were also scientific challenges arising from the conservation of such a small –and therefore genetically limited– population. The European LIFE programme provided over half of the funding for successive projects which, two decades later, achieved a miracle.

The ex situ programme has led to the formation of 12 lynx populations in the Spanish autonomous communities of Andalusia, Castilla La Mancha and Extremadura, plus another two in Portugal. In 2020, the symbolic figure of 1,000 individuals was exceeded following a record number of births, while the latest data in May 2021 revealed a population of over 1,100 animals.

The next target is outlined in the LynxConnect project, which has been approved by the European Commission and will run until 2024. The aim is to link up these population centres safely while combating poaching, illegal hunting and the risk of vehicular injury, which has caused the death of at least 150 of these precious animals since 2002. Facilitating the natural mobility of lynxes will make it possible to unify the population and increase genetic diversity, which is key to saving the species. In 2019, the experts in the Lynx Working Group calculated that this will only be possible (and even then, the species would remain vulnerable) if by 2040 the current population has tripled to between 3,000 and 3,500 individuals, of which around 750 must be breeding females.

Over the last 25 years, Spain –which is home to more than 85,000 species of animals, plants and fungi– has managed to save its so-called “big five” endemic species from extinction (although they remain vulnerable): the Iberian lynx, brown bear, imperial eagle, bearded vulture and Iberian wolf. 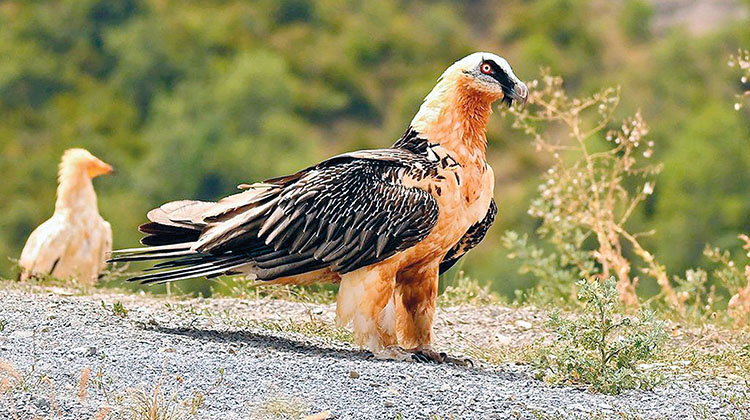 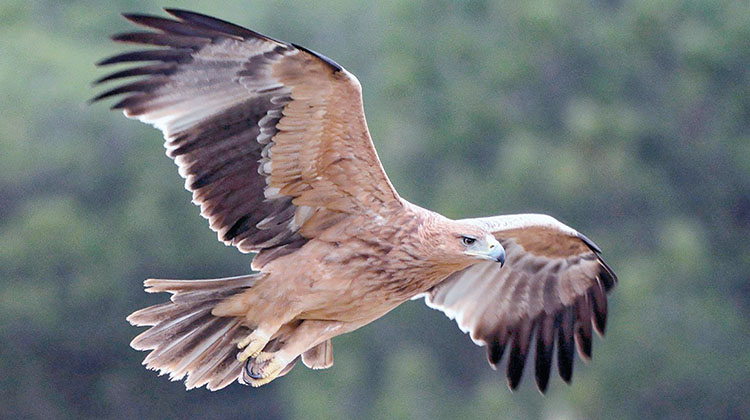 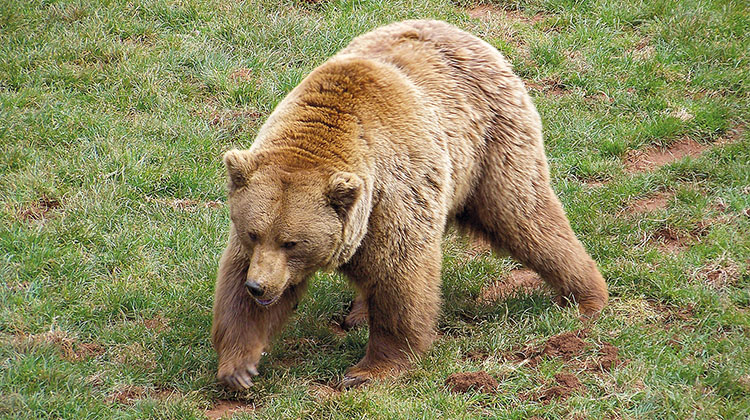 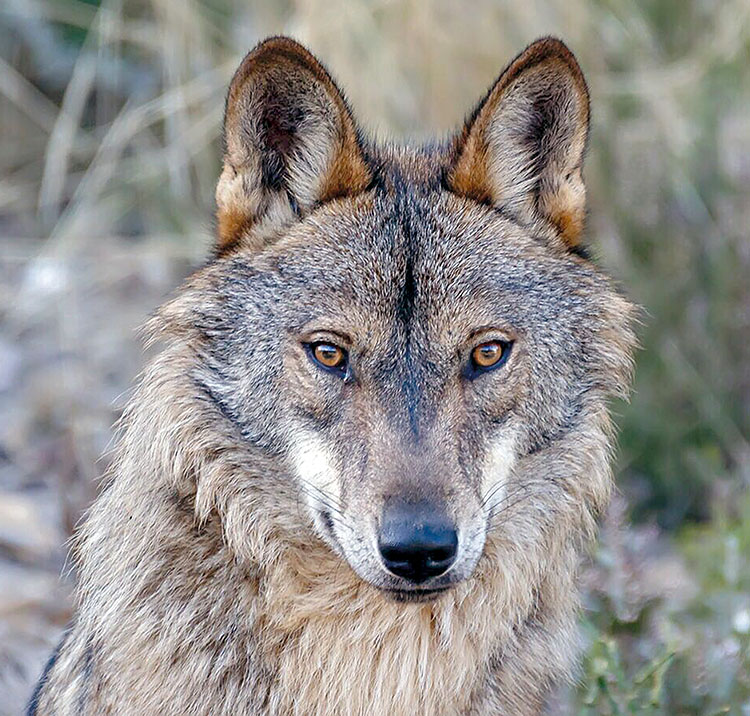 portrait of a natural treasure 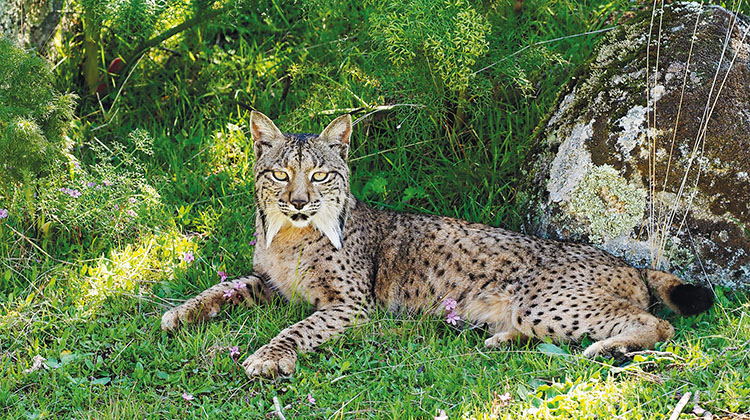 The Iberian lynx is the smallest of the four lynx species, with an average weight of around 14 kilos. It is a solitary animal that is usually active at dusk and is characterised by its tufted ears and ruff, along with its spotted coat, whose patterns are unique to each individual. From an ecological perspective, its role as an apex predator at the top of the food chain also makes it an “umbrella species”, as it controls the numbers of smaller predator species and reduces the pressure on the main prey species, the European rabbit, which is also the main food source for other species such as the Spanish imperial eagle. The Iberian lynx has gone from being a virtually unknown species to a national symbol of conservation, a magnet for nature tourism, and an international success story that has been hailed by the IUCN and awoken interest in conservation programmes for other threatened feline species, such as the snow leopard (India, Mongolia) and the Florida panther (USA).

Paths (not) to get lost down 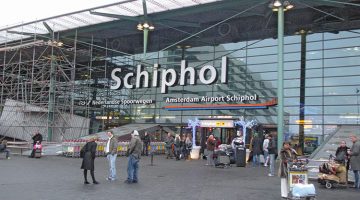