ENAIRE, the manager of air navigation services in Spain, has developed a strategic plan for 2017-2020 that includes an investment of 300 million euros during that period. Traffic is expected to grow 16% over the next four years, which will translate into 2.2 million flights in 2020. 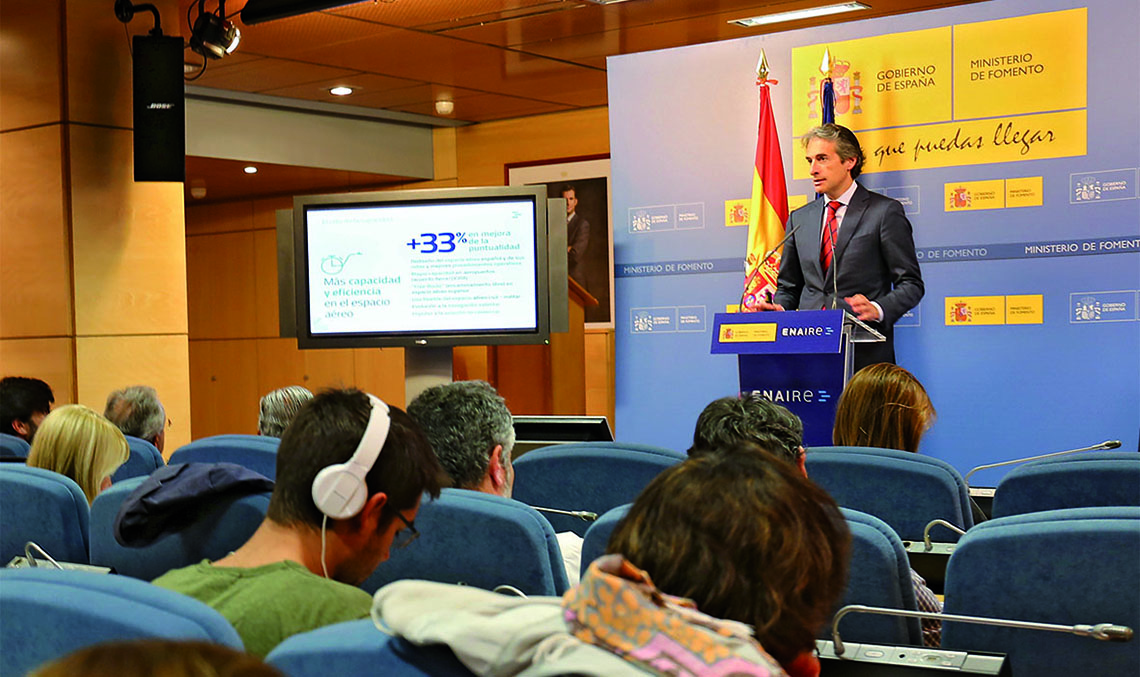 AIR NAVIGATION. The minister of Public Works, Iñigo de la Serna, at the presentation of the ENAIRE Flight Plan 2020.

On 10 May, the minister of Public Works, Íñigo de la Serna, submitted the Air Navigation Plan for 2017-2020, as the culmination of a long and participative process, opening the way to the progressive implementation of the ENAIRE’s new strategy. The strategic plan, known in ENAIRE as the Flight Plan 2020, is based on the predicted increase in traffic and the measures to be adopted to manage the expected demand for flights, with adequate capacity, efficiency and quality in regard to its customers and stakeholders.

ENAIRE’s ambition in its new strategy is “to lead the safe, efficient, quality and sustainable delivery of air navigation services in a competitive global environment, to be valued by customers and society, and depend on people as the main engine driving the company”.

To achieve this leadership, the main pillars are a commitment to society in terms of safety and the environment; customer-orientation, with special emphasis on the quality of services; teams committed to a proactive approach and innovation and, as a public business entity, transparency and good governance.

ENAIRE wants to respond adequately to the capacity requirements in an environment of increasing demand, while also improving airspace efficiency by helping users to optimise the distance flown.

The Free Route concept (free route in the upper airspace), the flexible use of airspace thanks to civil-military coordination and the implementation of new procedures based on satellite technology will further contribute to the achievement of the capacity and efficiency objectives.

Where the investment is going

ENAIRE is Europe’s fourth largest supplier in terms of managed flights in its airspace, which is one of the most extensive in Europe, with 2.2 million square kilometres. The Single European Sky framework makes airspace an increasingly global and more competitive environment, and ENAIRE is focusing its investments, 300 million euros over the next four years, on upgrading and modernizing its air navigation system, incorporating research, development and innovation.

The following environmental benefits will be achieved thanks to the improved efficiency of the 2017-2020 routes: savings of 5.5 million nautical miles, 60,000 tonnes of fuel and 190,000 tonnes of CO2. The fuel cost savings in the period will exceed 25 million euros.

Improving the efficiency of routes will reduce emissions by 190,000 tonnes

In Spain and in the world

ENAIRE provides air traffic services in 22 control towers in Spain’s airports, including the 5 airports with the largest traffic volume and in all airports that offer approach control. It has 307 radio aids, 54 surveillance systems, 130 communications centres, 100 REDAN nodes for voice and data, 94 control tower and approach positions, and 118 route positions.

Beyond Spain’s borders, ENAIRE is actively involved in international consortiums and satellite navigation (ESSP) and satellite surveillance (ADS-B) partnerships. It is also part of the Pan-European Digital Communications Service (NewPENS) until 2028, the European ATM Information Management Service (EAIMS) until 2030, and has opted for new opportunities in satellite data communications (IRIS) services.

How was the Plan conceived?

The draft of the Flight Plan 2020 was nourished throughout the first quarter of the year by numerous and varied internal and external contributions.
Tags: ENAIREFlight Plan 2020SACTA 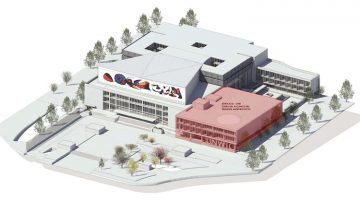