Quality, safety and design are flagships of the Spanish toy sector, which exports its products to over half of the world: providing the children of Russia, the United States, Mexico and Qatar with dolls, cars and tricycles made in Spain, the world’s fourth largest producer.

The Spanish toy industry began to take off in the first decades of the twentieth century in the Comunidad Valenciana (Valencian Community) and Cataluña (Catalonia), where today more than 70% of the country’s toy manufacturers are located. More recently, globalisation, competition with products imported from China, the economic recession and the emergence of electronic toys have been major challenges for a sector that has put quality and product design as its international forefront.

Committing to a well-designed and high-quality product has proved to be the most effective way of competing with China, the world’s largest toy manufacturer. 95% of the Spanish toy industry is composed of small and medium companies. It has managed to place its products in markets across the world, which account for 40% of its sales on average, however some companies substantially exceed this percentage.

As such, 60% of the sales from companies such as Famosa come from exports to more than 50 countries. It manufactures the leading dolls in the Spanish sector and top-sellers abroad such as Nenuco or Nancy, and brands such as Feber, dedicated to battery-powered vehicles, baby walkers, playhouses and slides, and has subsidiaries in Portugal, France, Italy, Mexico, Puerto Rico and China. IMC Toys products, especially the licensed small toys, as well as own brand products reach 72 countries, with an international turnover of 80%; like Injusa, a specialist in large wheeled and outdoor toys. Educa Borrás, the oldest company in the Spanish sector –formed in 1894–, dedicated to educational games and puzzles, exports 45% of its production to 90 countries.

The Spanish toy industry, 95% of which is composed of small and medium companies, has managed to place its products in markets across the world

Even smaller companies –some whose products are practically handmade– have reached international markets. For example, in the case of Muñecas Arias, which sells its products to 25 countries across America and Europe, or Trompos Space, a family business located in Domeño, a small village in Valencia: established in 2005, it has turned the traditional wooden spinning top into a sophisticated design toy that includes accessories such as rotating tips or fluorescent ropes and is sold in Holland, Poland, Germany and the United States.

Another success story is of Imaginarium, a company founded in Zaragoza in 1992, it doesn’t have factories but does have its own brand and design that is sold in its shops, of which more than half are franchises. It currently trades at more than 380 retail locations in almost 30 countries and is listed on the Spanish alternative investment market. It is possible to find Imaginarium shops in Bahrain, Hungary, Qatar and Hong Kong.

A ‘Silicon Valley’ of toys

Information about the sector 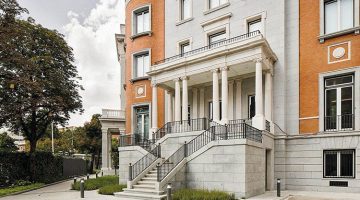