The head of the GAP network outlines the challenges of keeping airport infrastructure up-to-date, the key to achieving economic efficiency and passenger service quality. 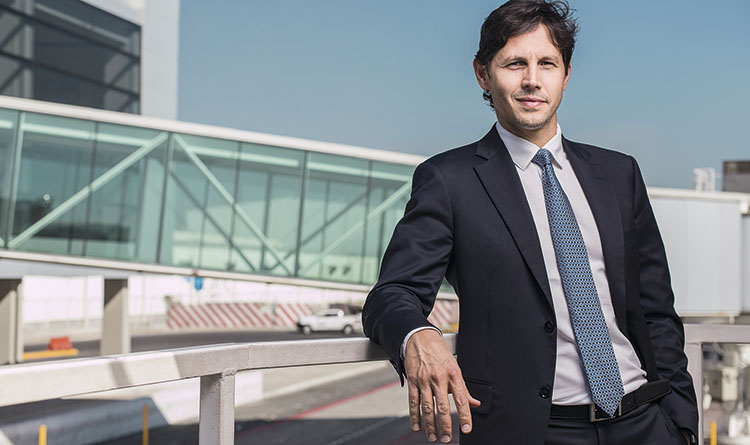 AIR TRANSPORT SPECIALIST. With almost 20 years of experience in the sector, aeronautical engineer José Ángel Martínez, who joined GAP in 2016, is currently responsible for the Network and Regulated Business Management of the Group, which manages 12 airports in Mexico and two in Jamaica. / PHOTO_GAP

It has been more than 20 years since the Pacific Airport Group (GAP) was created –have the challenges changed much since then?

The industry has evolved a lot over the past 20 years, and so has GAP, which I think has adapted very well to these developments. In the first years of the concession, the majority shareholder of the group was the Mexican government, until 85% of the company’s capital went public in 2006 and the management model changed. Then came the crisis and along with the arrival of low-cost airlines in Mexico, there was a sustained annual increase in demand, which made GAP focus its management on improving and adapting airport infrastructure. Today, the group continues to strive to build quality infrastructure, applying an efficient management model. In addition, there is a growing vision for the internationalisation of the company which is demonstrated by the recent acquisition of the concession of Kingston Airport in Jamaica.

Traffic at GAP airports has increased significantly in recent years. What challenges has the increase in traffic posed and what does it mean for the future?

When GAP was awarded the concession for the 12 airports in Mexico in 1999, the total traffic of the Group was around 16 million passengers. By 2020, excluding the Kingston and Montego Bay airports, we will reach 46 million passengers. This growth has been particularly marked in the last seven years, in which traffic has doubled –from 23 to 46 million– with growth rates close to or above double digits each year. Situations such as this are not easy to foresee and require enormous efforts to bring existing infrastructure up to speed with demand. The process of designing, building and operating new infrastructure takes several years, and this must be taken into account during planning.

What are GAP’s forecasts for the next few years in terms of opening up new routes and markets?

Over the next five years, GAP should pursue connectivity objectives such as positioning Guadalajara as an alternate hub to Mexico City, seeking long-haul routes to Europe (primarily), Latin America and Asia; positioning Tijuana as a facilitator of trade between Asia and Latin America, and enhancing the market from Northern and Southern California to Mexico and other destinations, exploiting the advantages of the Cross Border Express, and diversifying international markets to GAP’s beach destinations (Los Cabos, Puertos Vallarta, etc.).

What do you think has been the main challenge in preparing the Master Development Plans for the 12 GAP airports for the period 2020-2034?

There have been several important challenges, one of which is to predict demand in a scenario of uncertainty such as the one we are experiencing, not only in Mexico but also internationally. With regard to the development proposals, I would like to highlight the solution for the second runway in Guadalajara, an option that does not require additional land outside the scope of the current concession, and which solves the capacity problems of the airfield for the next five years. In general terms it is always a challenge, especially in this fiscal year, to meet the expansion requirements of airports with a limited amount of investment.

Which actions would you highlight from the Master Development Plans as a whole? Not only by volume but by any other measure: environmental, social, technological, innovation…

As a result of the recent revision of the Master Development Plans, GAP will invest more than 1.2 billion dollars over the next five years, which exceeds the investment made over the last 20 years. Among the most significant actions, I would highlight the second runway in Guadalajara, the new terminal buildings in Guadalajara, Puerto Vallarta and Tijuana, and the acquisition of state-of-the-art equipment and infrastructure to monitor, improve and facilitate the different processes through which our passengers and their baggage must pass: tomography equipment for baggage inspection, body scanners, biometrics and facial recognition, construction and technological equipment for Airport Management Centres, among others.

Among the most significant actions of the Master Plans, I would highlight the second runway in Guadalajara, the new terminal buildings in Guadalajara, Puerto Vallarta and Tijuana, and the acquisition of state-of-the-art equipment to process passengers and luggage

Environmental issues are becoming increasingly important in general and in the world of transport and aviation in particular. How is GAP dealing with these?

We are confronting these issues with enormous responsibility and commitment, as demonstrated by the fact that we are the only Mexican operator with an airport registered in the ACA (Airport Carbon Accreditation), plan of the ACI (Airport Council International); today we have nine and by the end of this year we will have all 12 airports in our network in Mexico. We  also have, other significant projects in progress, such as the installation of solar panels in parking areas and the construction of solar farms, which will allow GAP to be self-sufficient in terms of energy in approximately five years.

Ineco has been collaborating with GAP for more than 15 years, on the Master Development Plans and other projects at its airports. How do you value this collaboration and what would you highlight?

Ineco has become GAP’s best partner in planning the growth of its airports, due to its experience, the capacity of its technicians, its cultural proximity and, mainly, its knowledge of the airports in the network and the regulatory peculiarities of Mexican concessions.

With almost 20 years of experience in the sector, aeronautical engineer José Ángel Martínez, who joined GAP in 2016, is currently responsible for the Network and Regulated Business Management of the Group, which manages 12 airports in Mexico and two in Jamaica. Specialising in air transport, he has a Master’s degree in Infrastructure Management from the UPM, and an MBA from the CEREM International Business School. At Aena Internacional, José Ángel Martínez was technical operational manager in Colombia for five years –handling the airports of Cartagena de Indias, Cali and Barranquilla– and manager responsible for the takeover of the London-Luton airport. He has held various positions of responsibility at Aena, Ineco and the construction company ACS.