An expert in air transport and commercial and tax law, Colombia’s Director General of Civil Aeronautics has 25 years of experience in the sector. 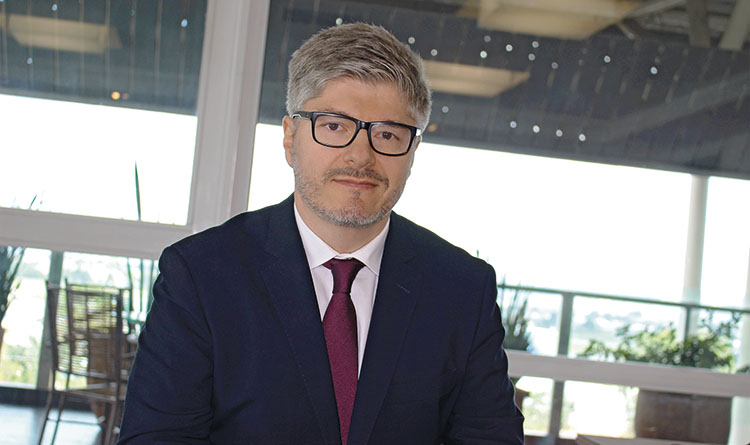 A LONG CAREER AS A MANAGER. With a Bachelor of Law degree from Pontifical Bolivarian University in Medellín, Master’s in Aeronautical and Space Law from McGill University in Canada and a Master’s in Public Administration from Harvard University.

In recent years, passenger air traffic in Colombia has grown continuously. What are the current figures and forecasts for the coming years?

Air transport worldwide has experienced rapid and dynamic growth in recent decades, and the trend is expected to continue in the coming years. These changes are consistent with the strengthening and sustained development of global economic conditions and the generation and implementation of public policies aimed essentially at deregulation and liberalisation of air passenger and cargo transport markets.

With this in mind, from our perspective of Civil Aeronautics, and as described in the 2030 Strategic Aeronautical Plan, it is estimated that by 2030, there will be almost 100 million passengers per year and double the cargo transport, in a clear, competitive, connected, safe and sustainable institutional environment supported by renewed infrastructure, robust industry and highly talented people.

This growth is in line with what has been happening in recent years. For example, according to 2019 figures, we have grown by 9.1%.

Over the next four years, there are plans for the investment of 3.8 billion pesos, which will enable us to make great progress in the modernisation of the sector

What impact is the peace process having on this growth?

The peace process is one of the main reasons why increasing numbers of foreigners are coming to Colombia, a figure that reached 13.8 million passengers in 2018.  But, in addition, it is the clear result of major government efforts to make progress in the modernisation of the airport and aeronautical infrastructure throughout the country and strengthen regional connectivity with an offering that continues to expand. Indeed, in the last few months, two new aviation companies have started operations in Colombia’s regions, and two other companies are in the process of obtaining their operating licences.

And what about airport infrastructure concessions?

The concession arrangement has allowed the country to modernise and adapt its airport infrastructure to the 21st century. The airports that the country has today are a response to Colombia’s present and future aviation needs.

As far as Civil Aeronautics is concerned, we have been investing millions in construction, maintenance and studies and designs for several different airports in the country.

As part of the National Development Plan, an investment of 3.8 billion pesos has been planned for the next four years and this will enable us to make significant progress in the modernisation of the aviation sector and contribute to economic and social development and greater competitiveness.

The Government has announced major investments in the development of regional tourism. Will this create new routes?

These investments are already generating new routes. In 2019 alone, the operation of 58 new routes and frequencies was authorised. In addition, the liberalisation of commercial air traffic regulations has enabled new operators to enter and offer their services. Twenty-two new routes have been approved for non-scheduled operators, which shows the dynamism that tourism has given to aviation. 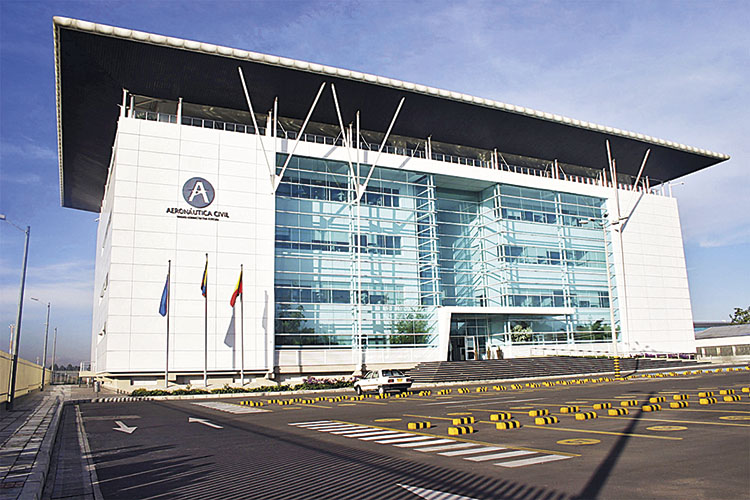 The headquarters of Civil Aeronautics of Colombia, located at El Dorado Airport, Bogotá. It opened in 2009 and employs approximately 600 people.

Many of Colombia’s airports are in remote places and difficult to access. Do these destinations benefit from the social routes?

National air connectivity promotes the development of policies that encourage increased competition with gradual processes of liberalisation of markets and the operation of low-cost airlines, among others, and tends to provide air transport services in remote areas of the country, where air transport is the only transport alternative, allowing the movement of cargo and passengers between these regions and the main economic centres of the nation.

Colombia’s system of social routes is provided by the public airline Satena. In this service the operator travels to locations in the country that have limited accessibility and benefits from direct subsidies when there are no other companies that operate these routes. For example, to the month of April of this year, Satena operated 26 social routes, providing air transport to 38,000 passengers.

In addition, through Resolution 890 of 2019, we now allow non-scheduled operators (Aerotaxis) to operate routes with fixed frequencies and direct ticket sales on routes that are not operated by regular operators. This has provided remote regions of the country with new connectivity, thereby improving the quality of life in these regions.

What development and investment plans do you have for airports?

In line with our new system of reformulated projects, we see airports as comprehensive functional units (trunk airports) where the aim is to unify all air and ground side systems into a single investment to meet airport infrastructure needs (runways, aprons, taxiways, control towers, firefighting services, security, cargo areas), as can be seen at Ciudad Región (El Dorado Airport), Rionegro and Cartagena, among others.

Airports strategically selected to contribute to the construction of an efficient air transport services network, taking advantage of the integrating capacity offered by this infrastructure.

In addition, actions are carried out to ensure the maintenance of the existing infrastructure both on the air side (runways, aprons, taxiways, end safety areas, etc.) and on the ground side (passenger terminals and other buildings) with the aim of preserving the condition of this infrastructure and guaranteeing sufficient capacity to continue facilitating the development of the air transport business.

Selection and prioritisation of projects follows identification and assessment of the special and specific needs of each airport to achieve its maintenance, improvement, modernisation and optimisation.

The 2030 Strategic Aeronautical Plan estimates that by 2030, there will be almost 100 million passengers per year and double the cargo transport

With regard to the above, how far along is the project for the new El Dorado Airport?

Regarding El Dorado II Airport, the Government decided to conduct operational studies on Bogotá’s TMA (terminal manoeuvring area) to determine the most operationally-appropriate project for the solution to meet the growing demand for traffic. The 10.9 billion peso contract was awarded to a consortium made up of two Colombian companies and one French company on 29 March of this year and project commencement was signed on 3 May 2019. The contract expires on 31 December of this year, but it is expected that significant results will be obtained before that date.

El Dorado boasts a significant volume of cargo traffic. How is it expected to evolve in the coming years?

Today, El Dorado Airport is the principal cargo airport in Latin America, handling around 742,000 tonnes in 2018. Estimates show average growth of 6% per year for the coming years, one of the highest rates in the world, and very consistent with what we have observed in recent years. 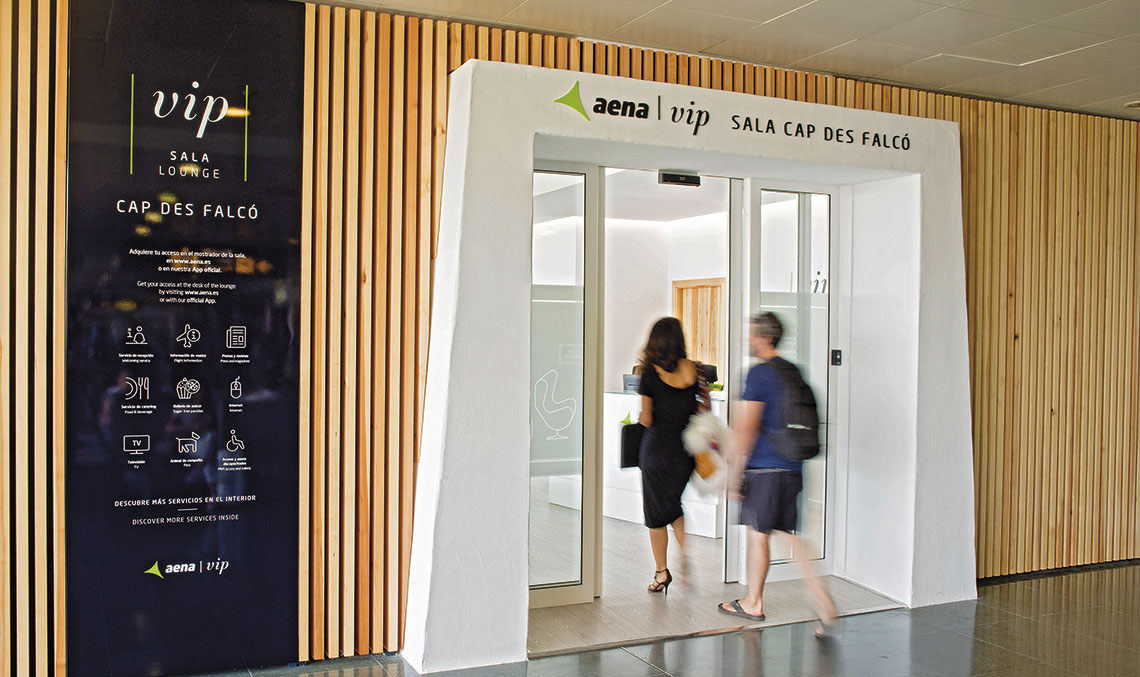