María Verónica Arias Cabanilla is currently the head of environmental conservation in the city of Quito, an issue to which she has devoted her entire professional career. 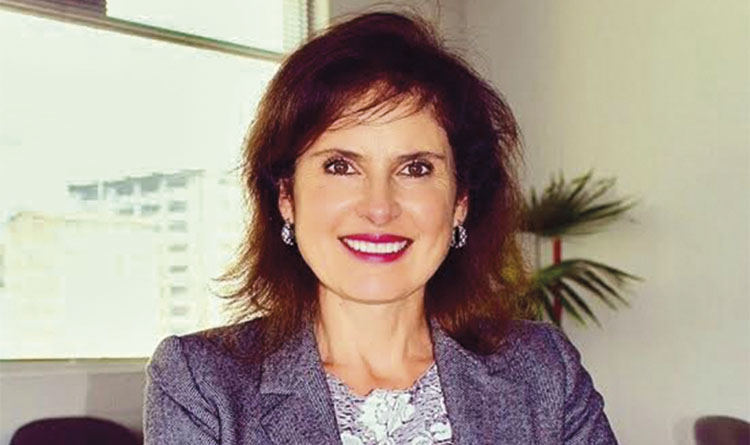 ALWAYS PROTECTING THE NATURAL ENVIRONMENT. She is a lawyer with a Master’s Degree in International Environmental Law from the University of Washington, and a professor and tutor at the University of the Americas. She has been the Ecuadorian representative for the NGO The Nature Conservancy (TNC); member of the official Ecuadorian delegation for negotiations on the Convention of Biological Diversity; and President of the Ecuadorian Centre for Environmental Law.

How did the ‘Cero Basura’ programme arise?

The project comprises an ensemble of simple actions to ensure that the negative impact on the environment of our day-to-day activities is reduced. The end goal is the reduction and exploitation of resources based on a circular economy for resources: waste generation is reduced and waste is exploited to the maximum in the form of materials and energy.

How have companies and industries reacted to the plan?

The aforementioned unceasing changes are our driving force to promote and integrate environmental action into companies, which can make them more competitive and derive many advantages. Environmental policies, such as this expanded responsibility to which companies must adapt, will boost product sustainability at all stages of the production chain in a positive way. It is also important to note that companies, education institutions and other representatives of the public-private sector have taken part in the construction of the Master Plan, contributing a great deal and getting involved in meeting this target.

Recently you promoted the recovery of recyclable waste at the wholesale market in Quito. How was this experience?

The Environmental Department of Quito’s commitment was to involve traders, zonal administration and recyclers in a joint project that is enjoying success thanks to the participation of everyone. At the moment, 2.1 tonnes a month are recovered from the wholesale market. This is a goal and commitment for everyone to reactivate the economy of many families exploiting waste and looking after the planet using environmental best practices.

With the new plan, will the 2,000 tonnes of waste a day increase, decrease or remain the same?

The Master Plan for Comprehensive Waste Management coincides with the Metropolitan Plan for Development and Land Management 2015-2025, which plans for waste in production to be reduced by 5% per capita as a minimum by 2025 as compared with the production per capita for 2014. This figure, when compared and calculated alongside the annual growth rate of the metropolitan district, suggests that waste generation will increase over the upcoming years from 2,040 tonnes to 2,340 tonnes.

Comprehensive Management in the DMQ seeks for waste disposal to transition towards the circular economy or management of resources, in which waste is exploited to the maximum in the form of materials or energy for non-recoverable materials. Recyclable products and common waste are collected selectively in modern treatment facilities, sorted and explote.

Recyclable waste will go from 12% in 2014 to 22% in 2025, including recovery of recyclable material from the ET-Sur sorting plant. 19 neighbourhoods of Quito and 300 environmental agents will benefit from this increase.

Apart from laws, what is needed for citizens to collaborate in waste management?

Our waste management policy is to ensure integrated waste management under the ‘Cero Basura’ concept and the circular economy, with the focus on participation, co-responsibility of citizens and environmental and social responsibility. But above and beyond citizen obligations and ordinances, we have got directly involved in the community, neighbourhoods, companies, education institutions and other actors in society to raise their awareness and create environmental best practices. Fundamental to this process have been our education campaigns, whose protagonist is anyone who recycles and sorts their waste.

Waste reduction is based on a circular economy of resources

You have initiated several awareness raising campaigns and even a “tour of waste”. Is the public welcoming these initiatives?

More and more, comprehensive waste management requires tools in the value chain (generation prevention, sorting at source and collection, exploitation and treatment, until eventual disposal). The “tour of waste” was a pilot project to include and demonstrate all these processes. We have provided added value including mechanised collection, cutting-edge technology and open days for the media and the general public to visit the Quito landfill site.

We are delighted by the approval the tour has enjoyed in the press and especially among university students, who are surprised that in this city waste can end up as water and be a new source of energy. This motivates us to keep working and help other municipalities in the country in the same way.

It started years ago with work on projects in marginal neighbourhoods of Quito. Have you planned any special actions to reduce and manage waste in the most deprived and vulnerable areas?

The DMQ currently has 96.5% cover for waste collection. We are working every day to achieve our target, which is to reach all neighbourhoods in Quito.

The UN has chosen Quito to host the Conference on Housing and Sustainable Urban Development (Habitat III) in October 2016. What agreements would you like to see there for sustainable urban development?

On those dates –17th to 20th October 2016– the city will bear witness to renewed vigour behind the global commitment to sustainable development and the setting out of a New Urban Agenda, which it is hoped will have a direct impact on urban policy on national, state and municipal levels. Quito has been chosen as the backdrop for numerous activities regarding the various central topics of the conference, in which all will be able to share experiences and responsible proposals aimed at creating safe, resilient, sustainable cities. This leads us to think about a city with integrated solid waste management, with new concepts such as that of ‘Cero Basura’, a commitment that should be extended to all other cities.

Isn’t reducing consumption in consumer societies a contradiction in terms?

It is a great challenge, which cannot be overcome overnight. Changing the consumer’s mindset and consumer culture will help to compare and choose products that are the greatest friends of the environment. Choosing by their origin, suitable packaging and sustainable manufacture will bring industrial change to companies, focusing on eco-designs, secondary resources and clean production.

Education is the key to sustainability. This is why we work daily to ensure more people find out somehow about our work, with consistent campaigns to care for the planet.

It has been said that there is healthy competition among large cities to be the first to be named among the most sustainable. Is this the case?

Clearly there is competition among major cities in terms of their local sustainability activities, and this can be seen not only from official recognition of various initiatives (such as the WWF City Challenge, the C40 City Climate Awards or the Siemens Green City Index), but also from the benefits this brings to their local governments and, most importantly, to their citizens. Recognition as a sustainable city can gain a city more attention from external investors, as well as providing international standing or cooperation on sustainability; it can generate opportunities for the city as a tourist destination as well as leadership and international positioning that open various doors for integration and exchange of experience.

Close your eyes. How do you envision the Quito city you hope to achieve with this project?

I dream of – and believe it is possible to achieve – an environmentally responsible city, a time when its growth is in keeping with the natural, rational limit of its ecosystems on land and in the water; a city that thinks about and plans its territory keeping in mind its environmental assets and, as such, minimises the negative impacts of pollution; which preserves and uses in a sustainable way its natural resources and biodiversity, reducing risk; and is resilient to the effects of climate change. Its functioning is based on alternative energies and its mobility motivates citizens to use public spaces, generating collective wellbeing and quality of life for its citizens. 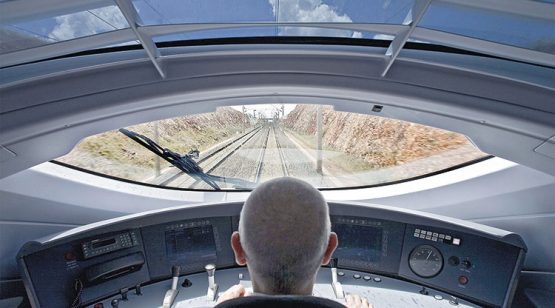