Spread over its 17 regions, Spain has 132 natural parks which are home to true natural and scenic treasures, many of which are virtually unknown.

Natural parks, unlike national parks, are designated by the regions or autonomous communities, which have exclusive powers to manage them. Spain has 132 and they are an essential part of environmental protection as they cover a total area of 3.5 million hectares (compared to the just over 380,000 hectares belonging to the 15 national parks that exist), approximately 7% of the area of the country.

These extensive protected areas remain largely unknown to both Spaniards and international tourism, which usually associates Spain with ‘sun and beach’ holidays. The country does, however, boast a wide variety of geography, geology and climate that, over the centuries, along with human action, has created remarkably diverse landscapes, with an equally varied wealth of fauna and flora.

The first steps to protect Spain’s natural spaces date back to 1918, when Picos de Europa became a national park, the first in Spain and the second in the world (after Yellowstone, in the USA in 1872).

Interestingly, the most recently-created park can be found on the Leonese side of this mountain range, which separates Castilla y León from Asturias: Babia and Luna Natural Park, which received this designation in 2015, along with the Ter and Freser Headwaters Natural Park in Girona (Catalonia). It is a mountainous area of outstanding natural beauty and ethnographic significance associated with pastoral farming and livestock.  It is home to populations of wild Iberian wolves, mountain birds and birds of prey, and European bison (in reserves), among other species, such as the native Hispano-Bretón horses.

The list of natural parks in mountain areas, in a country with some of the most rugged terrain in Europe, is extensive. The natural parks of Somiedo and Redes in Asturias are worth mentioning, among many others. The latter includes the Tabayón del Mongayu, a 60-metre-high waterfall of glacial origin, listed as a natural monument in 2003.

The interaction between rock and water has created spectacular mountain lakes such as Lake Certascan in Catalonia’s High Pyrenees Natural Park and the Laguna Negra and Glacial Circus of Urbión in Soria. Between the provinces of Salamanca and Cáceres is the Las Batuecas-Sierra de Francia Natural Park, the location of the Meandro del Melero, a truly magical and little-known landscape where a hairpin bend on the river forms a meander connected to the bank by a narrow strip of land, which, from the Mirador de la Antigua vantage point, looks like an island in the middle the forest.

Inland Spain conceals other wonders that have also been sculpted by the action of water, such as Hoces del Rio Duratón Natural Park, in the north-east of Segovia, and Cañón del Río Lobos Natural Park, between Soria and Burgos. In the Galician province of Ourense, the Baixa Limia-Serra do Xurés Natural Park is the location of the mouth of the A Fecha stream in the form of a waterfall, which, during rainy times of the year, is the highest waterfall in Galicia. In the province of Guadalajara is the Alto Tajo Natural Park, with its canyons and river gorges, needles and monoliths of limestone and red sandstone, with golden eagles, peregrine falcons, Egyptian and griffon vultures and Eurasian eagle-owls flying overhead.

The beech tree, characteristic of European temperate forests, is a protagonist in spaces such as the Hayedo de Tejera Negra beech forest in Guadalajara and Pagoeta Natural Park in Guipúzcoa. In Las Fragas del Eume, A Coruña, oak, birch, chestnut and other tree species form a lush forest on the seashore. In the Canary Islands, where there are 11 natural parks, some of the most notable are Tenerife’s Corona Forestal and Gran Canaria’s Pinar de Tamadaba natural parks.

Elsewhere, the Iberian Peninsula’s largest cork oak forest is located in Los Alcornocales Natural Park in the province of Cádiz, and Sierra de María-Los Vélez Natural Park in the north of Almería boasts a thousand-year-old Spanish juniper tree. In Sierras de Cazorla Natural Park, there are almost a hundred pine trees that are over 1,300 years old, as well as what is considered to be the oldest yew tree in Europe, which is over 2,000 years old.

On the other landscape extreme are desert areas, such as those in Cabo de Gata Natural Park in Almería. Curiously, a thousand kilometres to the north, in Navarra, is the Bárdenas Reales desert, an arid lunar landscape that is difficult to associate with such a northern region. It is the site of a natural monument known as Castildetierra, a peculiar cone-shaped rock formation fashioned by erosion. To the east, Girona’s Garrotxa Natural Park conceals another geological wonder: more than 40 volcanic cones and 20 basaltic lava flows. Also of volcanic origin are the Columbretes Islands archipelago and natural park in Castellón.

Spain’s extensive 5,900-kilometre coastline boasts numerous protected natural areas, such as the salt lagoons of La Mata and Torrevieja in Alicante, the Albufera lagoons of Valencia and Majorca, noted for its colourful flamingos, among other birds, and the Ibiza and Formentera Ses Salines Natural Park in the Balearic Islands. In terms of sea life, the Canary Islands’ Lobos Island (Wolves Island) in the north-east of Fuerteventura is named after the monk seals, or sea wolves, that inhabit it. For its part, the Strait of Gibraltar Natural Park is considered to be one of the best places in Europe for the sighting of cetaceans, such as dolphins, sperm whales, rorquals, pilot whales and a permanent population of Iberian killer whales, which feed on Mediterranean bluefin tuna. 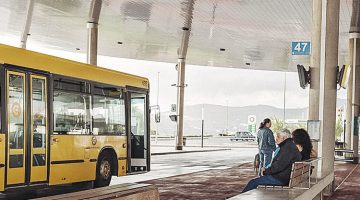