Splendour in the garden

Spain is the world’s number two fruit exporter –especially citrus, strawberries and stone fruit– and the fourth largest vegetable exporter, mainly tomatoes, peppers and cucumbers. It is also notable for its chestnut production and delicacies such as the black truffle.

In 2017, Spain exported more than 12.5 million tonnes of fruits and vegetables, according to figures from the Ministry of the Economy, Industry and Competitiveness’ Directorate General for Customs. Ninety-four percent of the total went to Europe, while export volume to non-EU countries, especially Brazil, Morocco and the United Arab Emirates, increased by between 2 and 5%.

And that is because Spain, along with the USA and China, is one of the world’s top five vegetable exporters: according to United Nations statistics from 2016, it was the second largest for fruit, behind the USA, and fourth for vegetables, behind China, the Netherlands and Mexico.

By product, citrus fruit, especially oranges, tangerines and lemons, is the crop that occupies the largest area in the country and is also the most exported. This is followed by strawberries and stone fruits, such as nectarines, peaches and apricots, a segment in which Spain is number one in sales abroad. Watermelons and melons are next on the list and have increased significantly in volume and value in recent years, as well as berries, such as raspberries and blueberries.

In regard to vegetables, tomatoes and peppers lead sales abroad. Within the European Union, Germany is the main customer: of the 3.2 million tonnes of fruit and vegetable products that it bought from Spain in 2016, more than 477,000 were of these two vegetables, as well as cabbages and cucumbers. In terms of total sales as a whole, these are followed by lettuce, courgettes and garlic.

For the Spanish economy, the fruit and vegetable subsector –concentrated mainly in regions such as Andalusia, Valencia and Murcia– is the most important in agriculture. According to Ministry of Agriculture figures, it generates 230,000 direct jobs –24% of the total sector– and another 100,000 indirect jobs, especially in handling and packaging. Spanish croplands produce more than 24 million tonnes of fruit and vegetables every year, 54% of which are vegetables, 24% citrus fruit, 11% non-citrus fruit, 9% potatoes and 2% nuts. About half of the total production is sold abroad.

Spain, together with the USA, China, the Netherlands and Mexico, is one of the world’s top five vegetable exporters

BLACK GOLD… AND IT’S NOT OIL

One of the most complex, and therefore most profitable, crops, for which Spain has climbed to the top of the world rankings in just a few years, is the black truffle or Tuber Melanosporum. Farms in Soria and Teruel have achieved such abundant yields –although this varies depending on climate and other factors– since the 1970s that Spain has overtaken France in terms of high-quality harvests and lower prices. This fungus, which originated in Europe, is considered a culinary delicacy and is much sought-after in haute cuisine, with fresh specimens sold or auctioned at astronomical prices. Truffles are also sold vacuum packed and as part of other products: oils, honey, etc.

Black truffle is difficult to obtain –the white variety has never been successfully cultivated– because it only grows in symbiosis with the roots of certain trees, mainly woody species such as oaks, holm oaks and hazelnut trees. Cultivation requires long periods of growth and maturation of the symbiont (the plant-fungus pair) and calcareous soils. Also, the earth around the trees must be completely clear of other fungi and bacteria, meaning that it must be thoroughly cleaned before planting, and it has a limited life span: it becomes depleted after 20 or 30 years of production.

In Spain, the largest black truffle grounds are located in the provinces of Teruel (specifically in the region of Gúdar-Javalambre, in towns such as Sarrión), Soria and Castellón, in its north-western region of Alto Maestrazgo and town of Benassal. The success of these farms, which were established in the 1970s, is the result of intense agricultural and forestry R&D that has managed to take advantage of the favourable soil and climate conditions in these regions, while climate change and overexploitation have caused wild production to plummet in the rest of the world.

Although far from the high prices that truffles can reach, another vegetable delicacy that is experiencing an upsurge is the Spanish sweet chestnut (Castanea sativa). About 3,500 tonnes of this nut are shipped every year to different parts of the world, distributed to more than 60 countries. Galicia is the region with the highest production, with the El Bierzo region in northern León a distant second.

History and politics have left their mark on Spanish agriculture since ancient times. For example, the Romans introduced certain intensive crops –such as the olive tree and others– in order to pacify the nomadic Iberian tribes by making them sedentary, and expanded other crops such as cabbages. The Arabs, after their arrival to the Iberian Peninsula from North Africa in 711, introduced new crops such as oranges, which are today Spain’s star fruit and vegetable export.

Aubergines and garlic were used heavily in the cuisine of the Sephardim (Spanish Jews), who lived in what is now Spain before the arrival of the Muslims, until they were expelled by the Catholic Monarchs in 1492. Following the discovery of America by Columbus, new vegetables began to arrive from the ‘New World’, including potatoes, corn, peppers and tomatoes (which is actually a fruit and not a vegetable). Today, Spain is the second largest producer of tomatoes in the European Union after Italy and the ninth in the world, according to FAO figures, and has created its own varieties, such as the RAF (which stands for ‘Resistant to Fusarium’, a toxic fungus) and Kumato, by artificial (non-transgenic) selection. 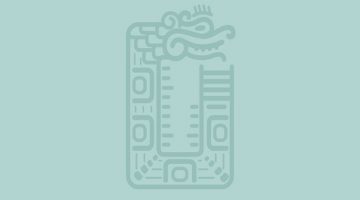 A high level of specialisation to keep moving forward