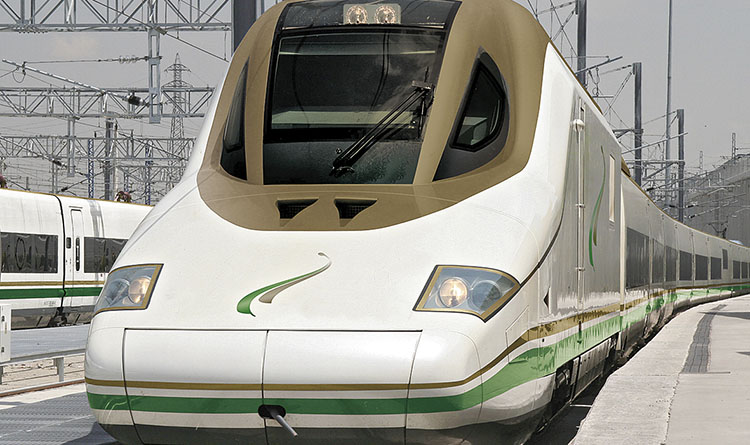 Last July, the high-speed train linking the cities of Makkah and Madinah in Saudi Arabia arrived in Jeddah on a test drive. On the route between Jeddah and Madinah, the train reached a maximum operating speed of 300 km/h. The Test Drive –which was attended by a number of Saudi Arabian authorities and Spain’s Ministry of Public Works– began in the city of Jeddah in the direction of the King Abdullah Economic City (KAEC), where it visited the intermediate station, now completed, and the Operations Control Centre (BOCC).

On its way to Madinah the train reached its maximum operating speed of 300 km/h. Approximately 370 kilometres of the 449 kilometres of the total railway line (80%) of the Al Haramain project are currently being tested. The Al Shoula Consortium is made up of 12 Spanish companies (Adif, Cobra, Consultrans, Copasa, Imathia, Inabensa, Indra, Ineco, OHL, Renfe, Siemens Rail Automation and Talgo) and 2 Saudi partners. The Consortium is in charge of the design, construction, maintenance and operation of the Haramain high-speed project.

EU standards for Panama and Haramain

AVE completes a test between Makkah and Madinah 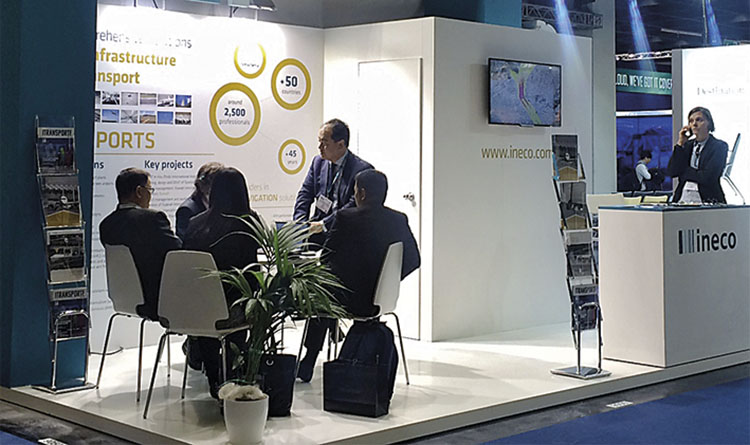