Tomás Figueroa / Director of the PIT

He is a civil engineer with 19 years of experience in the Costa Rican Ministry of Public Works and Transport. He has extensive expertise in strategic planning, management systems, programmes, projects and pre-investment studies of transport infrastructure and services. 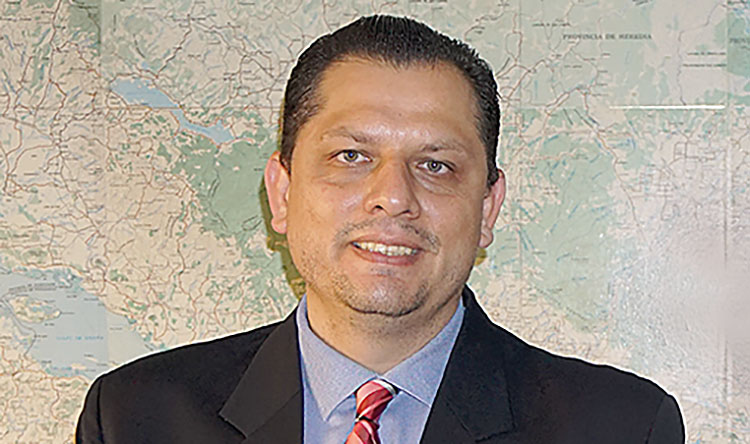 Since 2016, he has been director of the Transport Infrastructure Programme (PIT).

How much is the total investment of the MOPT in the country’s roads and ports and what percentage corresponds to the Inter-American Development Bank?

Investment in road infrastructure works currently amounts to USD 1.55 billion, mainly from the Exim Bank of China, the Central American Bank for Economic Integration (CABEI) and the Inter-American Development Bank (IDB). The amount of recourse for the latter is around 46% of the total investment. There are currently no significant investments in ports, although the Moín Container Terminal in the Caribbean has recently been put into operation.

What progress would you highlight regarding the PIT?

The commencement of operations of the improvement of National Route 160, between Playa Naranjo and Paquera, in April 2021, has meant a change in the mobility dynamics of the North Pacific peninsular area and has provided important support to tourist activity. Through the commencement order for the improvements of the ferry terminal in Puerto Paquera, the connectivity of several cantons and districts by land or sea to the rest of the country will also be improved. Finally, the execution of the Angostura project will further improve mobility to and from the peninsula.

Furthermore, we will soon put into operation the Limonal-Cañas section of National Route 1, with the widening of the Route 1 from two to four lanes. These works also have a very positive impact on national and international land connectivity.

What about new projects envisaged within the PIV-APP?

The PIV-APP is a programme that has public-private partnership (PPA) from various fields at its core. Firstly, the construction of interchanges and improvements of Taras-La Lima on National Route 2, which is located in one of the areas of greatest demand in the Greater Metropolitan Area and in a major hub for the development of industrial and technological activity, which is attracting national and international companies. With this work, which is part of a comprehensive project to improve National Route 2 from San José to Cartago, we will improve the three km of the entrance to the city of Cartago. This government contribution to a potential private initiative for the improvement of the entire road corridor generates greater confidence and lower fees, which would make the initiative socially viable.

On the other hand, there is the San José-San Ramón Corridor Trust Fund’s Non-Delayable Works (OBIS) package 4, which both in its dynamic benefits, as well as its structuring, shares many characteristics with what was outlined above regarding Taras-La Lima. It consists of the construction of five interchanges (San Ramón, Naranjo, Grecia, Río Segundo and Juan Pablo Segundo), which will complement other OBIS packages that constitute the government’s contribution to the comprehensive development of the Trust Fund and will help with the viability, confidence and social acceptance of the project, among other aspects.

Finally, this programme also includes a component of consultations and studies to support and strengthen institutions in the area of public-private partnerships (APPs).

The investment in the PIT brings nearly USD 270 million including major improvements to the Interamericana Norte, Costa Rica’s main land logistics corridor, where the carriageway will be doubled to four lanes along 70 km

Your country forms a key stage of the Pan-American Highway. Is there institutional collaboration on infrastructure connecting Panama and Nicaragua? If so, in which projects?

Both within the Secretariat for Central American Economic Integration (SIECA) and the Mesoamerica Project, the development of two corridors (Pacific and Atlantic) and their interconnections, from Puebla, Mexico, to Panama City, has been contemplated.

The investment in the PIT contributes close to USD 270 million in infrastructure, improving the Route 1 from Barranca to Cañas -just over 70 km – doubling the roadway from two to four lanes, incorporating all modernisation and road safety features and meeting the highest design standards. This will improve vehicle operating costs and substantially reduce travel times.

In logistics studies developed by the IDB, based on Costa Rica’s National Transport Plan 2011-2035, it has been determined that the main land logistics corridor in Costa Rica is that which runs between the Greater Metropolitan Area and the Peñas Blancas border. The 70 kilometres being upgraded on the Route 1 are part of this corridor.

In the Mesoamerica Project, Costa Rica coordinates the Transport Commission and is supported by multilateral cooperation agencies.

In a country with such a wealth of fauna and biodiversity, how do you plan to reconcile works and extensions with the conservation of the different ecosystems?

All programmes under development, including road projects, have considered, from the study and design stagea, the identification of biological corridors. Where these interact with the roads being upgraded, ‘hot spots’ have been identified where wildlife overpasses or subways have been implemented. Considerations have also been taken to adapt the design of bridges, where required, as well as to protect riverbeds.

The terrain and the high levels of rainfall are conditioning factors for the construction of roads. What conclusions have you drawn from these years of experience? How does it affect construction and subsequent maintenance?

Indeed, although our country is not very large, it stands out for the richness of its diversity. Therefore, when carrying out projects, we frequently encounter unforeseen events, including geologically unstable areas that have created problems when disturbed due to water, weight or other factors.

The study of the New San Carlos Road is an example in which all the variables necessary for adequate design and risk management are included; and specialists from various fields have been brought in to look for ways to improve the conditions that were originally proposed for the road and which caused problems.

With regard to the management of rainfall conditions, design standards have been adopted in new works to enable requirements to be adequately scaled.  However, the operation and maintenance of the National Road Network remains a challenge due to the large number of roads that need to be upgraded.

Work has been carried out to the highest quality standards, major challenges have been overcome and all the projects will create many benefits for the country’s inhabitants

Which projects are expected to be completed by 2022?

The improvement of the NR 1 between Limonal and Cañas and that of La Angostura, on the NR17.

And which project are you most satisfied with?

It is very difficult to choose one of the works. Work has been carried out to the highest quality standards, major challenges have been overcome and all the projects bring us closer and create many benefits for the country’s inhabitants. All of them have been defined for a decade in the National Transport Plan and are part of a roadmap to follow in order to be competitive. 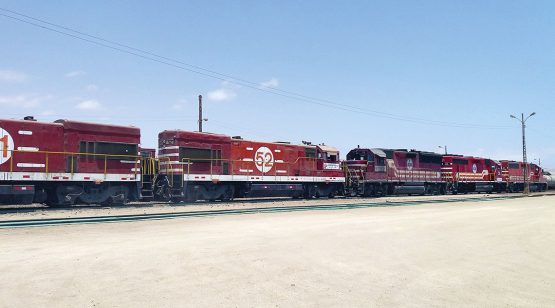