A megaproject to unite three republics

The new Rail Baltica line will connect the countries of Estonia, Latvia and Lithuania along 870 kilometres and ultimately connect to the rest of Europe through Poland. Ineco is involved in several projects, including detailed technical design of the main line through Riga and in the North of Latvia. 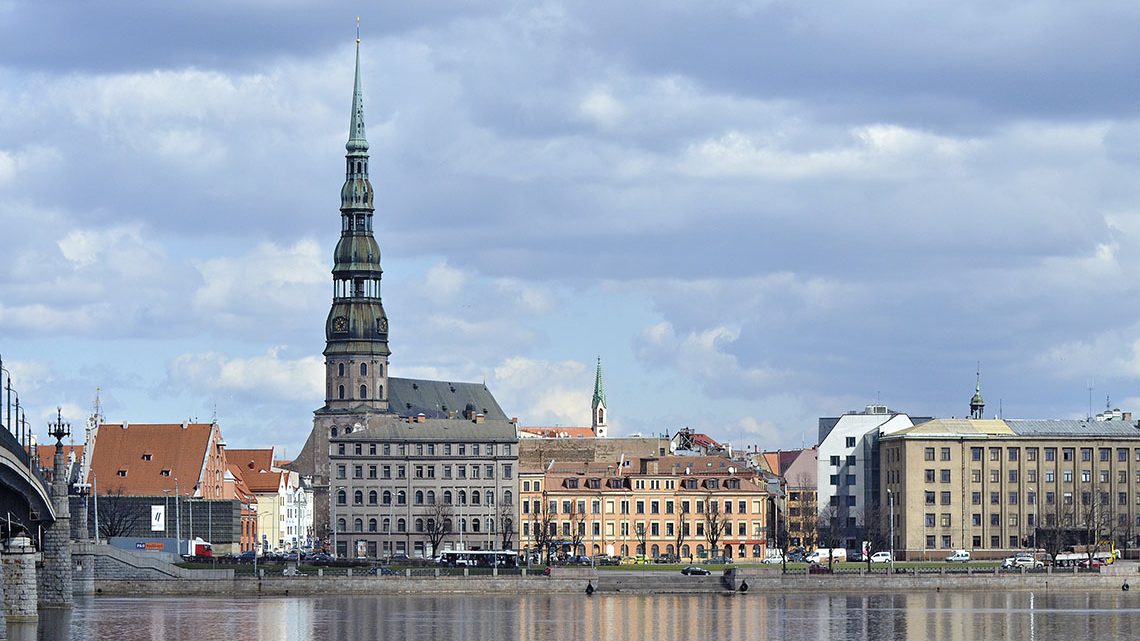 The leaders of Rail Baltica highlight the important contribution of this project to European industrial and commercial development, the strengthening of intermodal transport, and its contribution to regional development. In the image, a view of the city of Riga. / PHOTO_STEPHEN DOWNES (FLICKR)

Rail Baltica is northeastern Europe’s most important project, a high-performance railway line that will extend over 870 kilometres across the three republics, thanks to an investment of 5.8 billion euros and will create nearly 36,000 jobs. The project involves five European Union countries: Poland, Lithuania, Latvia, Estonia and, indirectly, Finland. It will connect Helsinki, Tallinn, Pärnu, Riga, Panevéžys, Kaunas, Vilnius and Warsaw. Described by the Transport Ministers of the Baltic Republics as the great economic recovery project, the truth is that the implementation of Rail Baltica involves a large part of the European railway engineering and construction sector, including Ineco, which to date has been involved in four projects that, in accordance with EU indications, are aimed at achieving technical compatibility of infrastructure, rolling stock, signalling systems and other systems and procedures for their full integration into the European railway network. 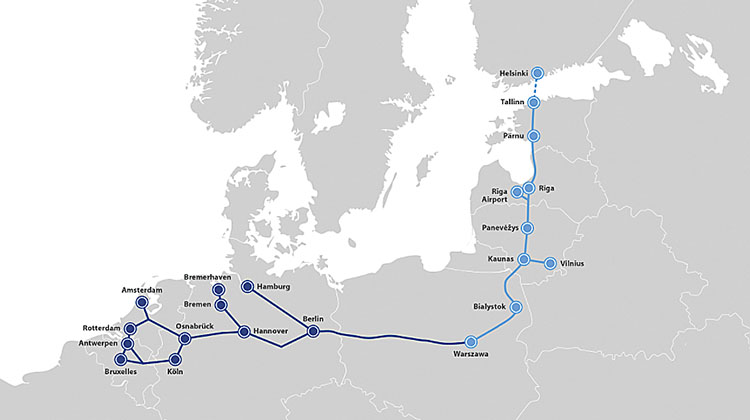 A SUSTAINABLE CORRIDOR. The new railway line will bring not only economic benefits, but also significant environmental and social improvements.

The Riga Ring, the most complicated urban stretch

The technical design of the 56-kilometres high-speed section through the city of Riga, the capital of Latvia, is the most complex stretch of the line since it passes through several densely populated municipalities and runs parallel to the rail corridor of the Latvian railways. Ineco and Idom were awarded this contract in July 2019.

The route is divided into three subsections (Design Priority Sections, DPS): Upeslejas-Riga Central (DPS 2); Tornakalns-Imanta (DPS 1) and Riga-Misa International Airport (DPS 3). Each of these has its own identity and completely different characteristics. DPS 1 is the most urban of the three sections, since it passes through the entire municipality of Riga, as well as areas with great heritage value. The route’s only tunnel is located here in DPS 1. DPS 2 passes through Riga and Stopini, which is less urban than the previous stretch. In this DPS, a major railway viaduct will be built over the Latvian railway circuit. Lastly, section DPS 3, the least urban of all, is characterised by intersections with various motorways generating multiple structures at these junctions. The project includes several improvements, including track alignment in order to achieve the highest possible speed in the different sections, as well as improved permeability and safety in the city of Riga by generating more than a dozen pedestrian crossings (in the form of walkways or underpasses) that are suitable for pedestrians, cyclists and people with disabilities. Road traffic in Riga will also be improved, thanks to the design of bridges and road junctions with a higher capacity. The project has a completion time of 24 months and is adjacent to the work recently awarded to Ineco in Northern Latvia.

With more than 600,000 inhabitants, Riga is the most populated city in the Baltic States, and its geographical location makes it a strategic enclave for passenger and freight transport. Located at the mouth of the great Daugava River, a few metres above sea level, the city is one of the most important economic and financial centres in the Baltic region. As a result, in addition to the fact that it is a UNESCO World Heritage Site, this city and its surroundings are a major attraction for the population, and the improvement of its railway network is vital for its economic and social development.

North Latvia, a long route through forests and wetlands

Ineco, in consortium with Ardanuy, will lead the design and supervision of the design during the construction of a 94-kilometre European-gauge stretch, which connects the city of Vangaži, northwest of Riga, and the border between Latvia and Estonia, in a contract worth almost 14 million euros.

The recently-signed North Latvia contract is one of Rail Baltica’s major railway projects and Ineco’s fourth for this ambitious new infrastructure in northeastern Europe, which will integrate the Baltic States into the Trans-European Transport Network (TEN-t).

The preliminary estimates for this section include, in addition to three stations, large and complex new infrastructure such as 36 road viaducts, 3 ecoducts and 16 railway bridges, including the viaduct over the Gauja River, the largest of all of the lines, with a total length of approximately 1.5 kilometres and more than 150 metres wide, for which the consortium will be joined by the firm Carlos Fernández-Casado SL, which is renowned for the design and supervision of large bridges and specialises in structures, some of which are among the longest in the world.

The scope of the work is divided into two phases, the design stage, with an estimated duration of 30 months, and the construction supervision stage, with an estimated duration of five years. Ineco will lead the project with the development of the entire railway section, in addition to the complete design of roads and geotechnical works. The entire project will be carried out with BIM, from the initial phases to study solutions and optimise the route, to the detailed design phases that will facilitate the execution of the civil engineering project.

The keys to Rail Baltica 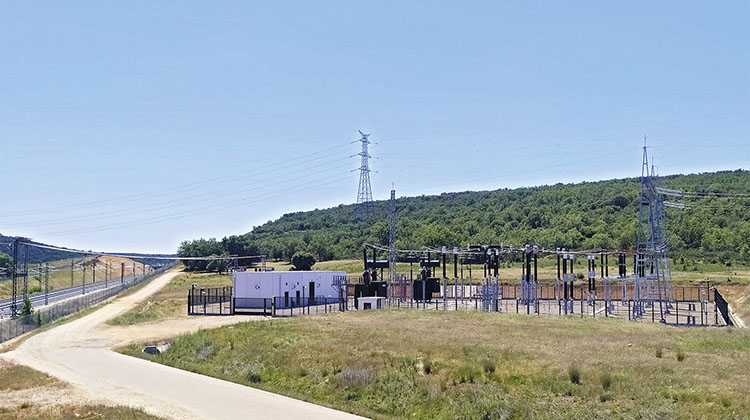 The planned substations are similar to this one located in Tábara (Zamora), Spain. / PHOTO_INECO

The study of the energy subsystem for the entire line was Ineco’s first contract with Rail Baltica. Awarded in consortium with Ardanuy, this is an in-depth analysis to assess the best available technologies and a design aimed at reducing life cycle costs.

The purpose of the study was to choose the optimal technological solutions for the different areas of the energy subsystem (traction, catenary and remote control substations), define how to tender the design and construction and specify the implementation strategy. This work gave Rail Baltica basic knowledge that will make it easier for it to deal with the upcoming design and technical assistance tenders.

Where should the maintenance bases be located?

Experts from Ineco and Ardanuy carried out a study of the location and development of all the maintenance and assembly bases, in addition to studying the maintenance strategies for the future Rail Baltica line.

The project had four phases. Once the criteria, methods and details of the work had been established, a study was carried out focusing on five alternatives that included the location of the bases and the maintenance strategy for the line. The two best alternatives were selected based on a multi-criteria analysis that considered multiple parameters, including the option of control of the entire line under a single manager. The first alternative considered four bases along the line, and the second alternative, six bases. In both cases, the two alternatives considered a single manager for the entire line above the existing national administrations.

Lastly, the chosen proposals were developed with the intervention of architectural, layout, consulting, maintenance, installation and BIM experts, since all the work had to be implemented and integrated into a BIM model.

Other aspects such as spatial and environmental studies, the work plan and the economic-financial model were also included in the project. The work presented the challenge of designing the maintenance strategy on a high-speed line with mixed traffic in three different countries with different languages. 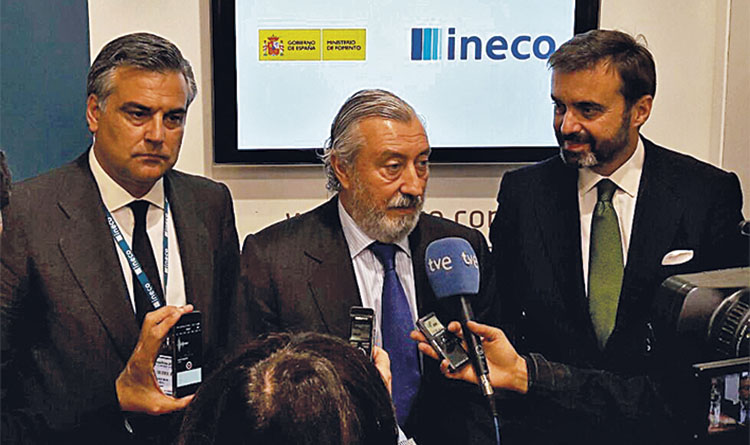