A new life in Nairobi for Mallorca’s trains

Renfe has contracted Ineco to provide the inspection and commissioning of the first five CAF diesel trains that will serve the commuter network of the Kenyan capital. The units, which were sent from Mallorca, have been assessed and prepared to provide service for another 25 years. 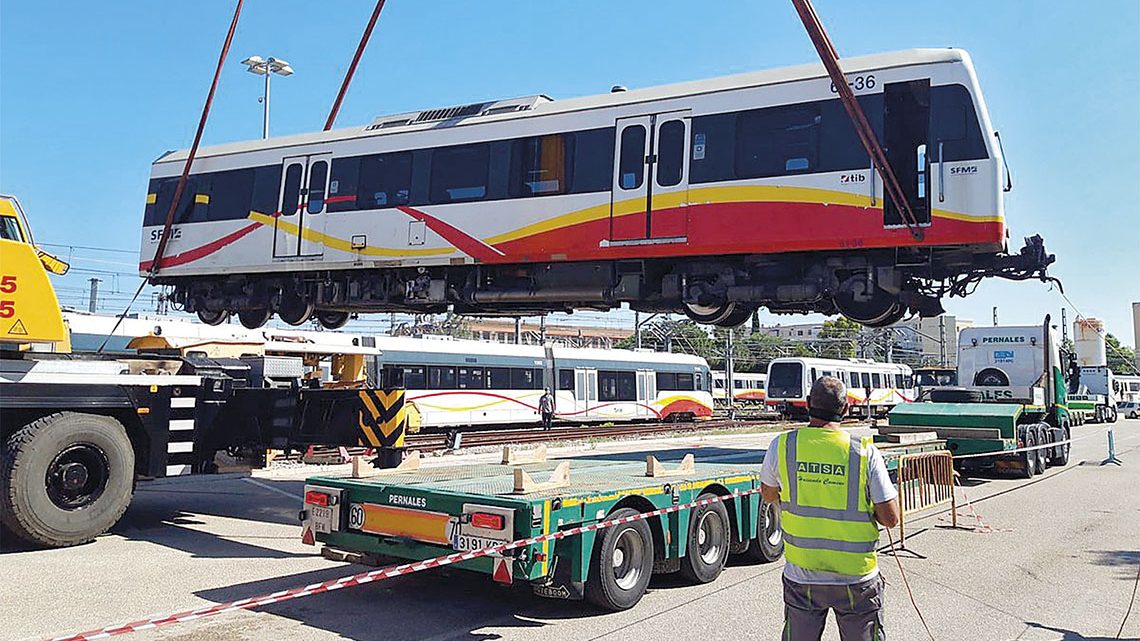 Transfer of units sent by ship from the port of Barcelona. / PHOTO_ICEX-KENIA

In 2012, Nairobi, the capital of Kenya and one of Africa’s major cities, reopened its railways after a century, with its first commuter line connecting the capital to the Syokimau neighbourhood in the south, which saw the construction of the first new railway station in 80 years. It was the first step to giving the city and its suburbs an accessible, efficient mass public transport system that will help to reduce congestion. Growth of the population –some four million people in 2019– has stimulated the use of private vehicles and the city’s popular minibuses, known as ‘matatus’, which operate as shared taxis.

For this reason, work is underway for the Development of Commuter Rail Master Plan for the Nairobi Metropolitan Region, and aims to make rail the alternative mode of transport for the 13 million people that the World Bank, which is supporting the project, estimates will live the city by 2030 (increasing to 22 million in 2045). By then, it is expected there will be a total of six commuter lines, with 163 kilometres of track, 53 stations and 1.4 million daily passengers.

The first actions recommended by the Master Plan include the purchase of rolling stock, improvements and outfitting of the existing workshop, works to improve the condition of stations and renovate the track, and obtaining technical support for the inspection, commissioning and operation of the new trains.

This final task is the one undertaken by Ineco for Renfe, which worked with its Kenyan counterpart –Kenya Railways– and the overall authority for Nairobi’s commuter network, NAMATA (Nairobi Metropolitan Area Transport Authority), on the acquisition of rolling stock in Spain, also including the supply of spare parts and staff training. With the support of Spain’s Ministry of Commerce and Industry (via ICEX) and Ministry of Transport, Mobility and the Urban Agenda, Kenya signed a contract in 2019 with SFM (Mallorca Rail Services) for the purchase of 11 diesel twin units and one trailer. Specifically, the units are Series 6100 units manufactured by Construcciones y Auxiliar de Ferrocarriles (CAF) in the period 1994-2003, of which the first batch of five units has already been shipped to Kenya.

The units, which were withdrawn from service by SFM following the completion of the electrification of its network, have been reconditioned to extend their useful life by at least 25 years. Ineco carried out the pre-shipping inspection of the units, which departed from the port of Barcelona. Inspection included verification of the list of spare parts requested by Kenya Railways for maintenance of the fleet and checking the condition of the spare parts; inspection and recording the results of static and on-track tests carried out by SFM; visual and documentary review of the units and the reconfiguration of the Automatic Train Stop system (ATS) to factory settings, following the static and on-track tests.

CAF’s Series 6100 trains are equipped with two Cumins NTA-855-A diesel engines, one at each end, compressed air brakes and double doors on both sides. They can reach a top speed of 110 km/h. They measure 15.5 metres in length, 3.7 metres high and 2.5 metres wide and have a maximum capacity of 252 passengers: 156 standing and 96 seated. They have space for bicycles and door-closing warning alarms. A total of 52 were manufactured. They first entered service on the rail network in Mallorca in June 1995. They were retired progressively as the network was electrified and ran on the island for the last time in May 2019. In 2015, SFM sold 12 units to the French railways. In their new home in Kenya, the units will cover various routes from Nairobi to Syokimau, Embakasi, Thika, Kikuyu and Kitengela.

Reconditioning is an option that allows many railway operators to upgrade their fleets with quality rolling stock at a lower cost and more quickly than with new vehicles, because trains are manufactured upon request using components from many manufacturers and to each customer’s specification. Hence the need for different adaptations to ready them for alternative uses, in addition to the usual tests before commissioning, which require the supervision of expert technicians.

Ineco has over 20 years’ experience in Spain and abroad in the supervision and validation of more than 1,500 trains of every type, both new and reconditioned. The reconditioned trains it has worked on include the 49 NS74 Alstom trains manufactured in the 1970s for the metro in Santiago de Chile; and the three TD 2000 series locomotives manufactured in Spain in 2006 by Ingeteam, when they were no longer required by Basque operator Euskotren, they were purchased by Ecuador to outfit the new line between Durán and Quito.

Next post More freight trains for the port of Castellón 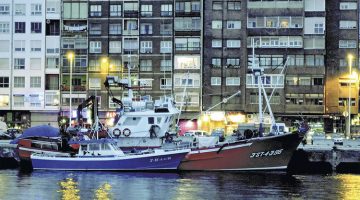 Environmental management for the port of Santander