A sea of knowledge

With three coastal areas –Cantabrian, Atlantic and Mediterranean– and more than 7,900 kilometres of coastline, Spain ranks 14th in the world and 3rd in Europe in terms of kilometres of coastline, thanks to its geographical location and its two archipelagos, the Balearic and the Canary Islands. The so-called ‘blue economy’ is especially important for Spain, the leading fishing producer in the European Union with 20% of production and almost a quarter of its fleet. In terms of aquaculture, Spain ranks 20th in the world, according to 2019 data from the Spanish Aquaculture Business Association, APROMAR. Today, in the face of the global threat of climate change, overexploitation of marine resources and pollution of the seas and oceans, research and protection of the marine environment are more vital than ever.

The main oceanographic research centres in Spain are organised around two large public institutions at the national level: the Spanish Institute of Oceanography (IEO), created in 1914, and the Spanish National Research Council (CSIC), which was founded in 1939 as the state agency for scientific research and technological development, which deals with marine research in the field of Natural Resources.

With more than one hundred years of history, the Spanish Oceanographic Institute has its headquarters in Madrid, in addition to nine research centres located in A Coruña, the Balearic Islands (Palma), Cadiz, the Canary Islands (Tenerife), Gijón, Málaga, Murcia, Santander and Vigo; five aquaculture experimentation plants, 12 tide measurement stations, a satellite image reception station (in the Santander oceanographic centre) and a fleet of some twenty vessels. It also has an unmanned submarine capable of operating at a depth of over 2,000 metres, the ROV (Remote Operated Vehicle) LIROPUS 2000. The Institute represents Spain at the majority of international scientific and technological forums and is the Government’s official advisor on fishery. It carries out its research in three areas: fishery resources, aquaculture and the study and protection of the marine environment, and it currently has more than 270 projects underway.

The IEO’s aquaculture plants have achieved ground-breaking milestones, such as the world’s first successful breeding of the common octopus in captivity, at the Vigo Oceanographic Centre in 2018. The Murcia Oceanographic Centre, located in the town of Mazarrón, includes a scientific facility classified as “unique” by the Spanish government: the Infrastructure for Atlantic Bluefin Tuna Aquaculture (ICAR), the only one in the world for this species. It consists of the Aquaculture Plant and the Installation for the Control of the Reproduction of Atlantic bluefin tuna (ICRA). The plant in the Canary Islands focuses on the cultivation of marine fish and cephalopods, while the El Bocal plant in Santander is the largest facility in Spain dedicated to the cultivation of algae for human consumption.

On the other hand, the Spanish National Research Council (CSIC), within its field of Natural Resources, has several different Institutes, which operate in an autonomous and decentralised manner, and the Marine Technology Unit, which manages and provides support to the oceanographic fleet and Spain’s two polar bases.

The Institute of Marine Science of Barcelona, the largest marine research centre in Spain, is one of the CSIC’s most important institutes.  Two research groups from this centre are taking part in MOSAIC, the largest scientific expedition in the Arctic in history. The project, promoted by a German institution, was launched in September 2019, with researchers from 20 countries participating aboard the German icebreaker Polarstern, to spend a year studying global warming. Vigo is also the headquarters of the CSIC’s Institute for Marine Research, which among its recent achievements has managed to successfully breed the endangered seahorse in captivity.

Other CSIC centres in Spain include the Institute of Torre de la Sal in Torreblanca, Castellón, and the Institute of Marine Sciences of Andalusia, in Cadiz, specialising in aquaculture; the Centre for Advanced Studies of Blanes, Girona, and the Mediterranean Institute for Advanced Studies (IMEDEA) in Mallorca, a centre run jointly with the University of the Balearic Islands to research ‘global change’ (the impact of human activity on the biosphere) and develop instruments for marine research. It also participates in another unique element of scientific infrastructure, the SOCIB or Balearic Islands Coastal Observing and Forecasting System, which collects and provides valuable data for maritime rescue, among other applications.

In 2010, the CSIC led the largest Spanish oceanographic expedition up to that point. Named Malaspina in honour of Spanish Navy frigate captain Alejandro Malaspina (1754-1810), it covered 75,000 kilometres in nine months, with more than 250 researchers on board the oceanographic vessels Hespérides and Sarmiento de Gamboa. The project researched different phenomena that affect the marine environment in deep waters and in three oceans (warming, acidification, deoxygenation, pollution, marine microorganisms, fish population, etc.) and collected more than 200,000 samples, some from depths of up to 4,000 metres, with almost 20,000 of these forming part of a bank that will remain sealed for 30 years for future study.

In addition to the research centres, since 2016, Spain has also had the innovative infrastructure of the Canary Islands Oceanic Platform (PLOCAN), managed by a consortium formed by the central government and the Regional Government of the Canary Islands. Located in Telde, Gran Canaria, it is one of the largest installation of its kind in Europe. Its main facility is an ocean platform located one and a half miles from the coast, in a reserved area of 23 km2 that is used as a test bed. It is equipped with marine drones and other state-of-the-art equipment, and is currently carrying out, among other things, projects related to marine renewable energy, climate change, water desalination, use of coastal resources, cetacean conservation, marine noise pollution, and robotics and innovation for marine research. 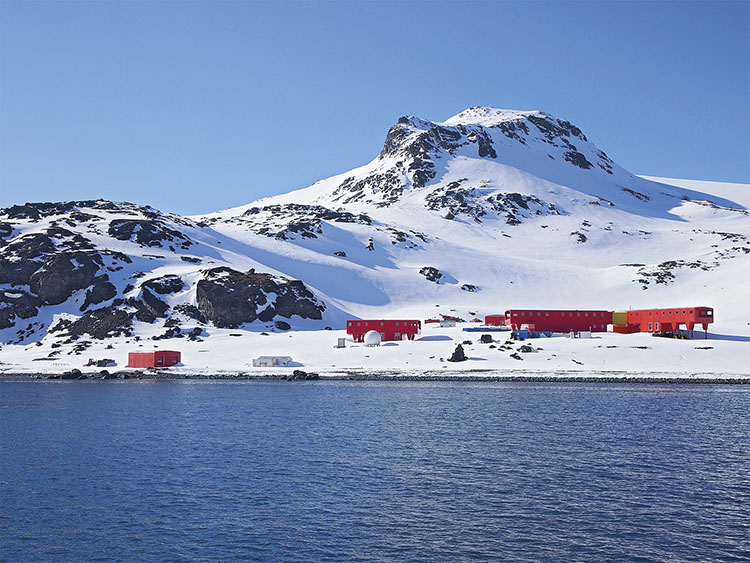 The two Spanish bases at the South Pole are located in the South Shetland Archipelago and are only operational during the four months of the southern summer. The Spanish Polar Committee coordinates their activities, while logistics is the responsibility of the Marine Technology Unit of the Spanish National Research Council. The Juan Carlos I Base, opened in 1988, is located on the Hurd Peninsula of Livingston Island, about 20 miles from the Spanish base Gabriel de Castilla, which opened in 1989. Located on Deception Island, it is under the responsibility of the Spanish Army and the CSIC for scientific management. Both bases conduct research on geology, biology, glaciers, atmosphere, chemistry, human impact, communications engineering, meteorology, climate change, volcanology, geodesy, hydrography and oceanography. 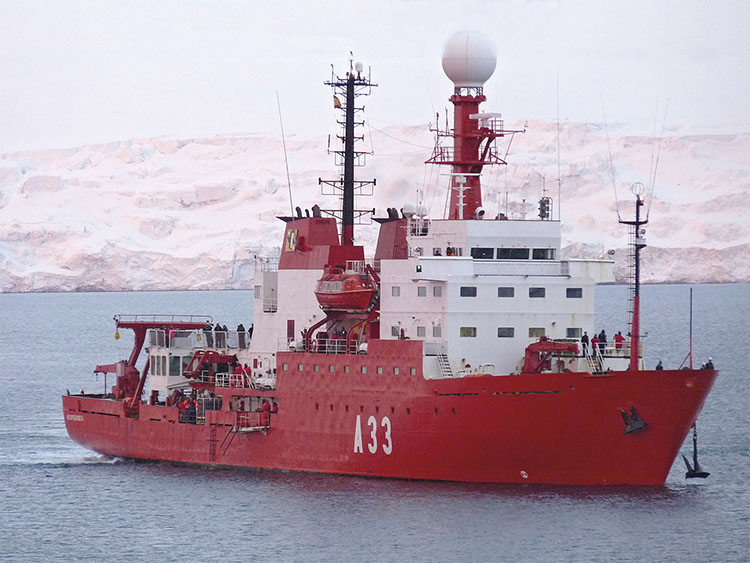 Since 2013, Spain has unified the management of its oceanographic research fleet (attached to the IEO or CSIC) under the FLOTPOL unit. Part of this fleet is classified as Unique Scientific and Technical Infrastructure (ICTS).  It is made up of a total of 10 oceanographic vessels, including the Spanish Navy’s Hespérides, which is 82.5 metres long. Based in Cartagena (Murcia), the vessel was put into service in 1991 and was completely overhauled between 2003 and 2004. It has completed more than 120 campaigns in the Antarctic, in the Arctic and in the Pacific and Atlantic oceans, and collaborates on the support for Spain’s two Antarctic bases. Its scientific equipment is managed entirely by the CSIC’s Marine Technology Unit. 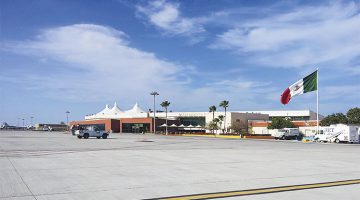