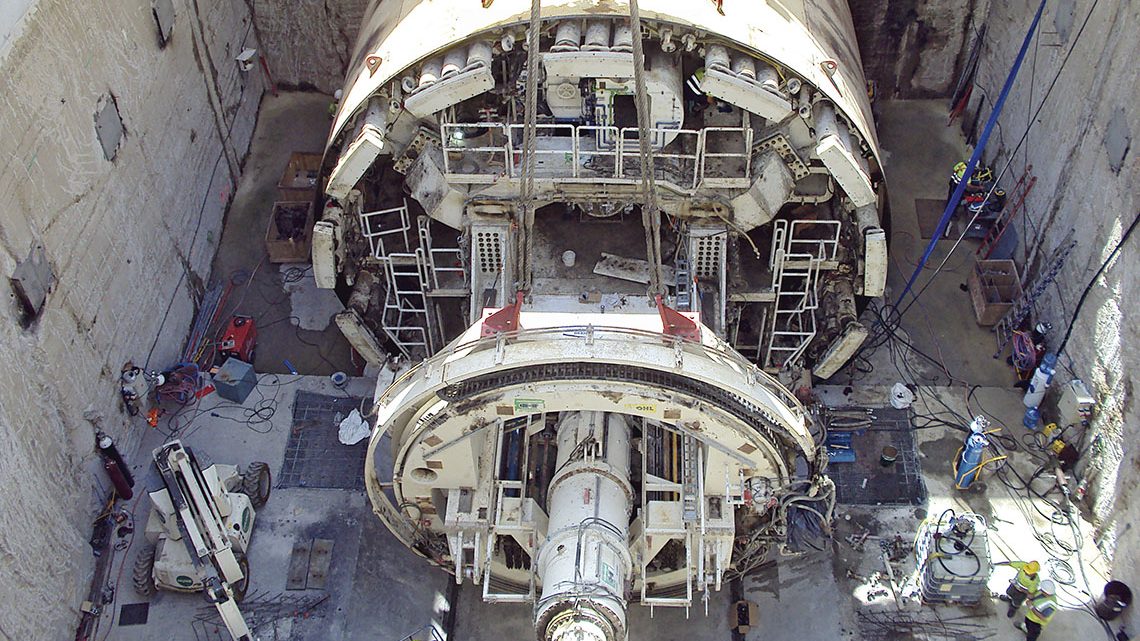 When the new commuter rail access is completed and operational, it is estimated that between 8 and 9 million passengers will be able to use it to travel from Sants station to Barcelona-El Prat Airport’s terminal T1 in just 19 minutes. Until now, the commuter rail line (known locally as Rodalies) only reached the old terminal, T2, where a new underground intermodal station is currently being built.

With the excavation of the final metres of the 3,400-metre tunnel –3,048 metres of which were excavated using a TBM– in December 2018, one of the major milestones of the works, which began in 2015, was achieved. This first phase, for which Ineco was commissioned by Adif to carry out site and environmental management, will conclude when the works on the new intermodal station and shafts are completed. The next step will be to install and equip the tracks, power supply and railway facilities and commission the two new stations, projects on which Ineco is also working.

The new double-track stretch starts on the Barcelona-Tarragona conventional line, and runs to terminal T1, with an intermediate stop at terminal T2, where it will connect to Metro Line 9. The access includes a new station at terminal T1, not included in this project (the civil works were executed during the construction of the terminal itself). According to Adif, it is the largest project of its kind in terms of scope and budget currently being carried out on Spain’s conventional and commuter rail network.

Excavating a tunnel with an enormous tunnel boring machine through ground with low bearing capacity –Barcelona Airport is located on the delta of the Llobregat River, meaning that terminal T1 had to be built on a gigantic concrete caisson– and under a large building (terminal T2) and runway that operates 24 hours a day, was no easy task.

Ineco drafted the construction project in 2009 taking all of these factors into account. To resolve the issues of soil quality and presence of a shallow water table (just over 2 metres), ground improvement treatment was carried out: a total of 126,802 m³ of ground was jet grouted (soil improvement using high-pressure reinforcement material) and 4,410 metres of micropiles were installed.

In the end, the excavation was completed with no significant subsidence on the surface. Special care had to be taken under the T2 building, where the TBM had to manoeuvre between foundation piles with a margin of just over one metre, and, under the runway, which Aena decided to close for 20 days in order to excavate a 300-metre section below it. In addition to hydrogeological and geotechnical studies prior to the beginning of the works, during excavation, a sounding system, consisting of more than 3,000 devices, was installed, including automated systems to monitor the stability of the ground and construction at all times.

The new stretch starts on the Barcelona-Tarragona conventional line, and runs to terminal T1, with an intermediate stop at terminal T2, where it will connect to Metro Line 9

Ineco was also in charge of environmental works management to ensure compliance with the project’s environmental impact study (EIS) during the different phases of the work and after acceptance.

From the environmental point of view, the most notable aspects were monitoring impact on the hydrogeological system of the area, consisting of two aquifers, one deep and the other on the surface, management of anthropic landfills (soil containing waste) found in some areas and corrective measures to avoid noise disturbances.

To supervise the hydrological system, in 2012, before the start of the works, a network of 14 piezometers was installed (nine in the surface aquifer and five in the deep one, which supplies part of the city of Barcelona) to learn about the aquifers’ charging and recharging processes. Monitoring of the piezometric levels and water quality carried out previously and during the execution of the works will continue for two more years, once the civil works have been completed, in accordance with the requirements of the Catalonian Water Board (ACA). The application of preventative and corrective measures, together with the above monitoring, has minimised the potential impact of the works and reduced the risk of the tunnel affecting communication between the aquifers, causing contamination and creating a drainage barrier effect.

The anthropic landfills found in the area of emergency exit No. 3 (Vidaleta shaft) were examined, sorted and transferred to the appropriate waste management centres. To address noise issues, temporary acoustic screens were installed near a hotel and tennis academy located next to the construction site.

Tunnel boring, the construction of access ramps and the building of the multimodal station generated large volumes of excavated earth, which, in accordance with the EIS, was collected and removed and will be reused on other projects such as works on the port of Barcelona and the regeneration of two nearby quarries located in the municipality of Gavá. All removed soil containing vegetation was also reused later to restore any affected areas to their former state.

Excavating below the water table also required the drainage and collection of excess water (effluents), which were then treated and purified before being discharged into either the public water system through the airport’s drainage network or storm drains or reused on construction site roadways to reduce dust. To ensure the quality of the air, filters were also fitted to lime, bentonite and cement silos, and sprinkler systems were installed in the concrete plant to clean machinery before leaving the site. All works waste was collected, sorted and disposed of appropriately.

Regarding the protection of cultural and natural heritage during the works, no archaeological remains of interest were found and none of the local animal life was affected.

Ineco is also participating in the second phase of the works, for which it is drafting the project of necessary actions for the operational readiness of the new commuter rail access. These works include connection to the main line, track superstructure, electrification, telecommunications, facilities inside the tunnel and design of the stations at terminals T1 and T2.

The drafting of the project needs to consider certain specific conditions that affect both the design and the execution of the works, such as ensuring that connection to the existing line does not affect its operation. The tunnel evacuation plan will need to take into account that the T1 and T2 stations are separated by more than one kilometre, but an evacuation exit cannot be built because that section of the tunnel runs under the airfield. The T2 station will have to be compatible for use by passengers from both the Metro and the commuter rail, and in the T1 station, the design of the emergency exits and fume extraction system will be subject to the conditions imposed by its location in the air zone.

Lastly, the security facilities will be considered by Adif.

Construction work has begun on the new intermodal station in T2 to replace the existing station. It will be completely underground and arranged on four levels: 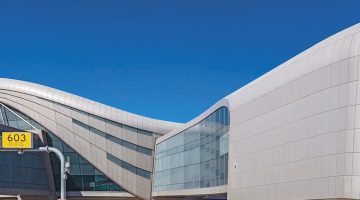