Beneath the soil of Northern Latvia

Ineco has completed the first phase of the geotechnical site investigations prior to the beginning of works on the 94-kilometre section of the future Rail Baltica line known as Latvia North. The project will run until 2022. 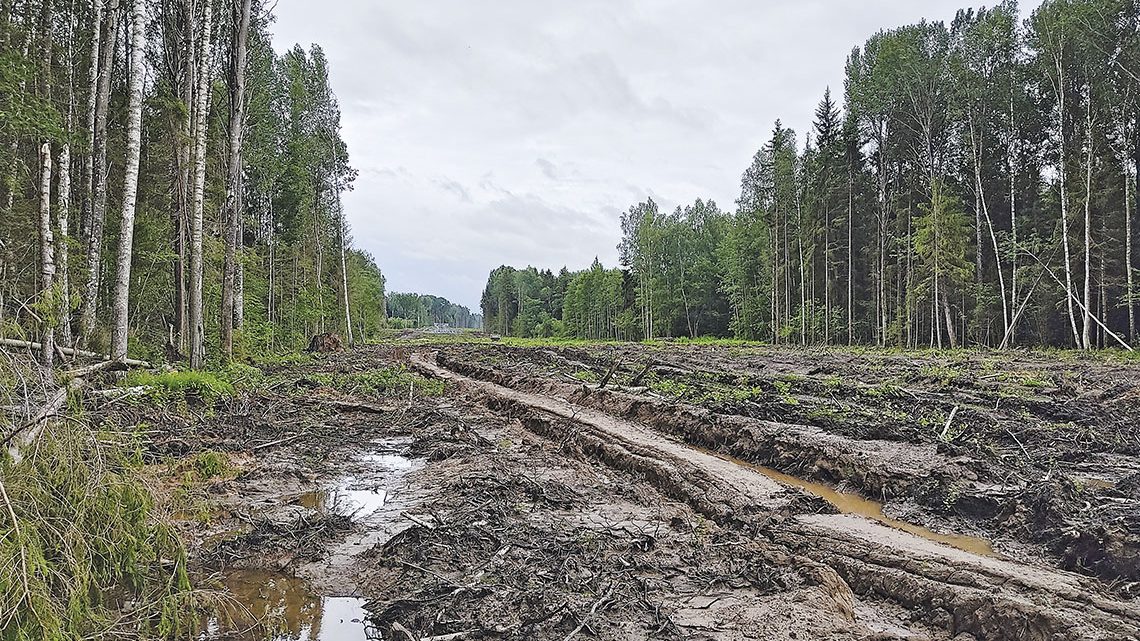 Rail Baltica is a rail transport infrastructure project, the largest in the region during the last century, which will integrate the Baltic States into the Trans-European Transport Network (TEN-T) by means of an 870-kilometre conventional and electrified, international gauge, high-speed line. The EU-funded project will connect Lithuania, Latvia and Estonia with the rest of Europe via Poland and, through an indirect connection by ferry from Tallinn to Helsinki, also with Finland, at a maximum speed of 249 km/h for passengers and 120 km/h for freight.

The fourth, led by Ineco and in consortium with Ardanuy, was signed in April 2020 and comprises the design and design supervision during the execution of works on the 94-kilometre section known as Latvia North, which runs in a north-south direction from the Latvian-Estonian border to the city of Vangazi, northwest of Riga. The scope of the works is divided into two phases: the design stage, with an expected duration of 30 months, and the construction supervision phase, with an estimated duration of five years. The contract includes the development of the entire railway, the complete design of the roads and all geotechnical works, which started in March 2020 and will last until the end of 2022. The works are divided into three phases, the first of which was completed in July 2021.

The analysis of the geological characteristics and the load-bearing capacity of the ground is essential for the proper design of the foundations of the future railway line’s platform, embankments and all bridges, viaducts and drainage works, as well as roads.

The ground investigation work, both subsoil and surface, includes the geotechnical campaign, the location of deposits for the supply of construction materials, the BIM integration of the geological model into the project, the creation of an inventory of buildings for the design of acoustic barriers, the investigation of unique construction features and the coordination and obtaining of construction permits. The company currently has an office in the central district of Riga with a team of railway, road and geotechnical engineers and a geologist to carry out the work.

The project area is located on glacial, subglacial, fluvial and coastal lands of Quaternary origin and geomorphology. A detailed study is required between every 100 and 300 metres with different types of follow-up investigations to study the geotechnical behaviour of the ground and the existing hydrogeological model. For this reason, during the two-year duration of the project, about 1,500 geotechnical investigations will be carried out, completing more than 350 investigations that have already been done, as well as other historical investigations by the Latvian Geological Institute. In total, nine geotechnical campaigns will be done almost simultaneously.

Due to the peculiarities of the region and its accessibility characteristics, the following types of research are being carried out:

The ground conditions pose significant challenges for the implementation of the campaign: a natural environment that is difficult to access, with dense forests and numerous rivers and wetlands; the presence of wildlife such as bears, deer and reindeer; and the cold and wet climate, which affects machinery. In terms of soil type, there are large flooded areas and an abundance of soft and peaty soils, which need to be analysed in detail to avoid differential settlement and embankment failure in the future.

The Ineco team is also working to locate deposits for the supply of materials. The Latvia North section will be built almost entirely on embankments with an average height of 4 to 5 metres along its 94-kilometre length. This amounts to some 8 million m3 of material. Therefore, all active quarries in a 60-kilometre radius surrounding the route, some 100 in total, are being inventoried.

In addition, nearly 1,000 affected buildings have been visited, studied and inventoried in order to design measures to minimise the acoustic impact of the future railway line, one of the fundamental aspects of the project from an environmental point of view.

Meanwhile, drainage works, viaducts, canals or unique features of the terrain are being routinely visited to take measurements and gather detailed information on the construction elements for the rest of the team.

Ineco’s local team is also in charge of coordinating and obtaining construction permits, which requires coordinating all those involved: administrations, municipalities, public companies and owners.

It should also be noted that all the geotechnical investigations carried out are integrated into the project’s BIM environment, using specialised software. This provides a 3D geological model, which enables the interaction of structures and construction elements with the local geology to be observed, facilitates a more detailed, accurate and efficient design, and improves the planning of works.

The Latvia North section, through forests and rivers

The section has been divided into three sections: section I, from the Estonian-Latvian border to Vitrupe, 25.8 km; section II, from Vitrupe to Skulte, 39.9 km, which is mostly in forest; and section III, from Skulte to Vangazi, 29.3 km, which is considered the most complex. The largest viaduct on the entire line will be built here, over the Gauja River, with a total length of approximately 1.5 kilometres and a span of more than 150 metres. In total, the section will require, according to preliminary estimates, the construction of some 50 structures, including 16 railway bridges, 36 road viaducts and 6 eco-ducts.

Although the route crosses important population centres such as Salacgriva, Skulte, Seja, Adazi and Vangazi, the majority of it runs through large forests, which cover more than 70% of the country’s surface area. Numerous rivers intersect the route, including the Salaca at Salacgriva and the Gauja River near Vangazi, as well as the Zakupite, Liepupe, Vitrupe, Tora and Svetupe. The route abandons its straight course to avoid the large area of natural peat bogs known as Dzelves Purvs, consisting of up to six metres of soft organic soils. 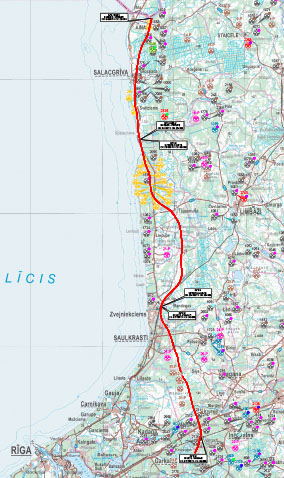 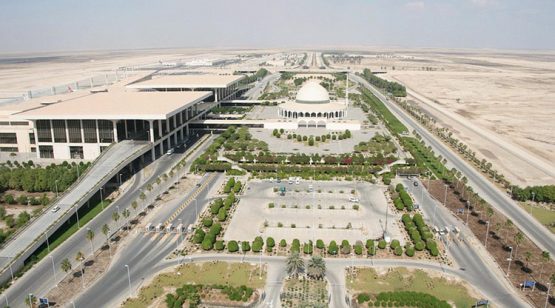