The technology that allows trains to run on tracks with different gauges has overcome one of the major obstacles to the further development of rail transport in Spain, and it provides a model that can be adapted to other countries facing the same issues. 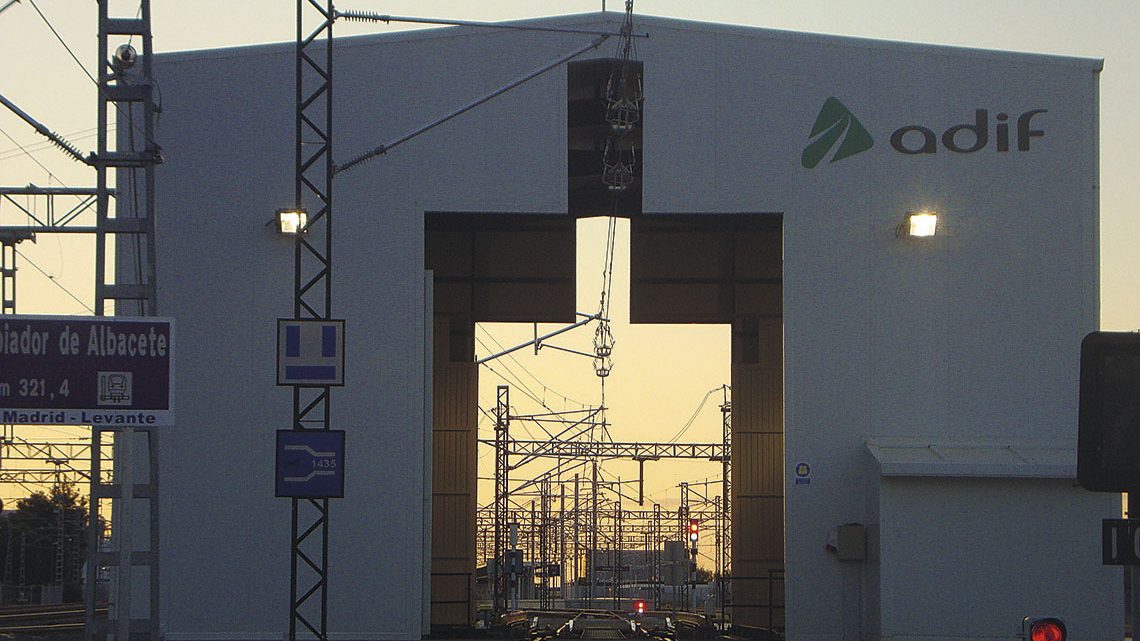 ALBACETE. This gauge changer was commissioned in 2012 for the Madrid-Alicante high-speed line. / PHOTO_INECO

Gauge changeover installations are a fairly new development in the history of railways, providing a solution to the strategic, economic and technical decisions of the past, when lines with different gauges were built in each country, making it difficult for trains to run between them: in Europe alone, there are four different main gauges: 1,000 mm (narrow), 1,435 mm (European standard), 1,520 mm (Russian gauge) and 1,668 mm (Iberian gauge). The inability of trains to change from one line to another with a different gauge has historically caused operational and travel problems, since it meant that passengers had to change trains, resulting in inconvenience, costs and wasted time.

In just a few minutes, these automatic systems allow trains to change their gauge. With this versatile and cost-effective solution, Spain is contributing to the integration of EU markets by reducing infrastructure bottlenecks

Spain’s case is particularly complex, as three types of track gauge coexist: the Iberian or conventional gauge, which is shared with Portugal, the metric gauge of the former Ferrocarriles de Vía Estrecha (FEVE) lines, and the European standard gauge, which was adopted for high-speed lines. These are just three of the many gauges that exist in the world, making this technology exportable to other countries with similar characteristics, as is the case of the Baltic countries that currently have Russian gauge and are developing their Rail Baltica high-speed line in the European standard gauge. All of the countries of the former Soviet Union are in a similar situation.

The departure of trains from Spain to France and the other countries of Europe that use a different gauge has been a constant challenge that has led to the development and improvement of gauge changeover technology. Until the late 1960s, border crossings were done by lifting the carriages and replacing the axles or bogies of one gauge with those of another gauge. The first use of ground-breaking technology that allowed gauge changeover by directly modifying the axle gauge as it passed through a pit took place in 1968 with the first test run of a Talgo Madrid-Paris train using the changeover installation installed at the Irún-Hendaye border; in 1969, the changeover installation was installed at Portbou-Cerbère, which was already in commercial service. These facilities allowed towed Talgo trains to run on routes between Spain and France in much less time. 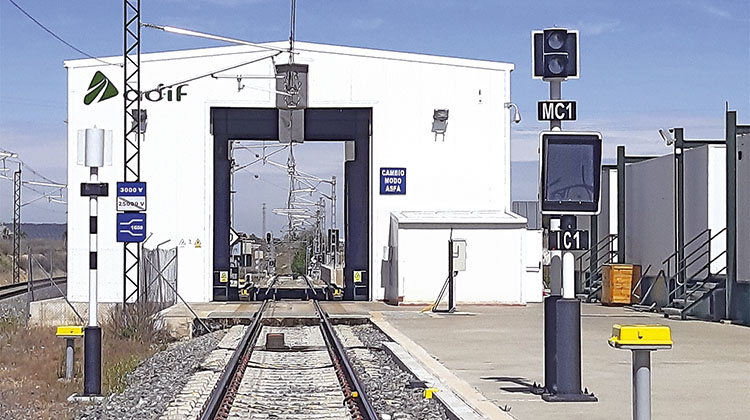 Two decades later in 1992, with the opening of the first high-speed line –Madrid-Seville, designed with standard or international gauge– Spain made the decision to extend high-speed trains to other regions, planning the installation of gauge changeover facilities at different strategic points of its railway network. The Atocha, Córdoba and Majarabique changeover installations were built, enabling the Barcelona-Seville and Madrid with Málaga, Algeciras, Cádiz and Huelva connections to be established.

Automatic gauge changeover technology consists of a variable-gauge axle system installed on the trains and a fixed installation on the track where the locks that prevent the wheels from moving sideways are released as the train passes through. The wheels then meet converging or diverging rails that move them to their new position before locking again. 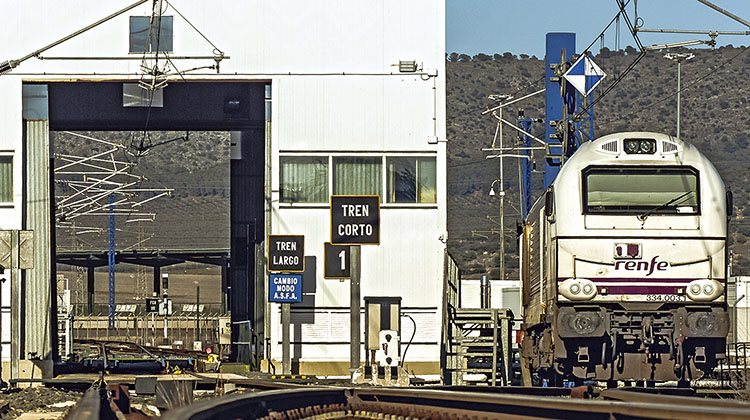 Because they use different technologies, dual-type changers are required, so that both technologies can be made compatible in the same installation. Two types of changeover installations are currently used in Spain, corresponding to the two manufacturers of rolling stock: the Talgo type and the CAF type. In just a few minutes, these automatic systems enable the train, which is equipped throughout with movable axles, including the traction unit, to change gauge at a low, controlled speed of up to 15 kilometres per hour without having to stop.

In the early generations of dual changers, the gauge-change platform needed to be switched. The first, TCRS1, folded the platforms vertically, and subsequently TCRS2 moved them horizontally. Then, in 2009, Adif began the design and construction of the first TCRS3 prototype, which combines the CAF and Talgo technologies into a single platform that modifies its parts to adapt to both systems. This considerably reduced the number of moving parts during the process and thus the time required for the gauge change. The first prototype was tested and validated in 2011 at the gauge changeover installation in Roda de Bará, Tarragona, with the first series units installed in León (Madrid-Asturias high-speed line) in 2015. 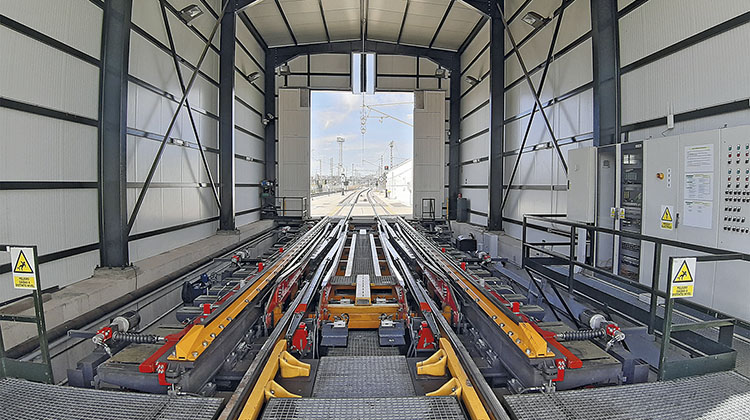 Development is moving towards the TCRS4 or Unichanger, a universal changer that will also allow the changeover of the German (Rafil) and Polish (SUW 2000) systems. Progress is also being made on the future implementation of gauge changeover technology for freight trains. Ineco is working on both technologies.

MACAVI, a tool for monitoring and control

To control and monitor the maintenance of the gauge changers, Ineco has developed the MACAVI real-time information tool. Although it is made for gauge-changeover installations, MACAVI can be adapted to any other type of installation in terms of maintenance.

This technology can be exported to other countries with similar characteristics; this is the case of the Baltic republics, which currently use Russian gauge and are developing their Rail Baltica high-speed line on the European standard gauge

Its main functions include the inventory of the installation; the scheduling of the maintenance plan; the recording of parts and control of breakdowns, storage, circulation, incidents and user control. In addition, modules for personnel tracking and the integration of SCADA systems are currently being developed as an adaptation to Industry 4.0.l.

With this versatile and cost-effective solution, Spain is contributing to the integration of the markets by reducing infrastructure bottlenecks. It is therefore in line with the objectives of the European Commission, which is promoting the development of the major European corridors and considers freight rail to be a priority transport activity, setting the objective of increasing its market share to 30% by 2030 (Directive 2012/34/EU).

Since the early 2000s, Ineco has participated in the design of the different generations of changeover installations and has provided services to Adif, the Spanish railway infrastructure administrator, and to the manufacturers in different aspects of development and implementation: project drafting, technical assistance, project management and maintenance and operation of more than twenty automatic gauge changeover installations throughout Spain. As a result, Ineco has acquired particularly useful know-how when exporting the system to other countries, providing assistance throughout the process, from the planning of the itineraries to be developed, to the implementation, operation and maintenance of the systems. 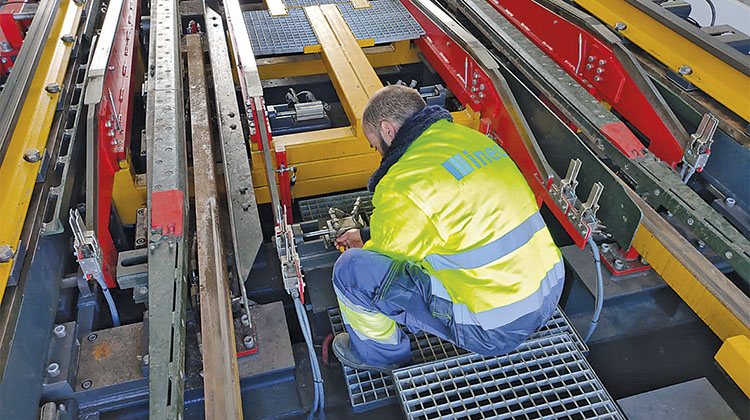 The company has been involved in the design of the different generations of changeover installations since the early 2000s and has been providing maintenance services to Adif since 2008. / PHOTO_INECO

experts in changeover installation maintenance since 2008 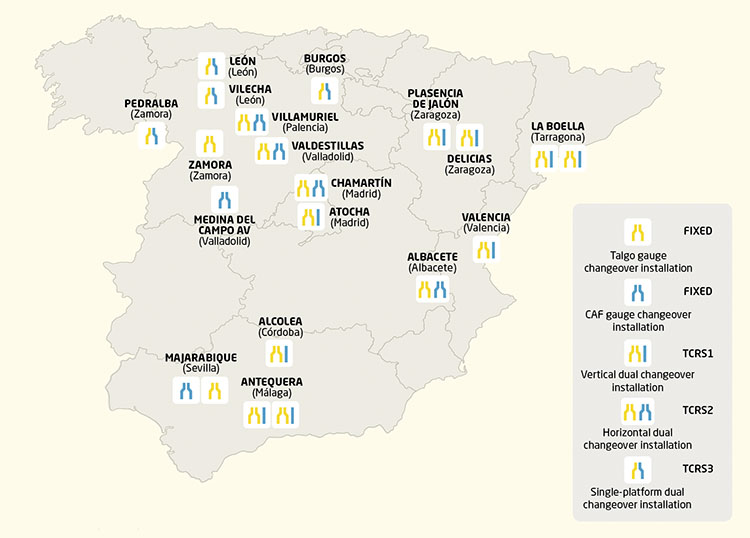