Ineco participated in Habitat III, the largest global event dedicated to urban development, which took place in Quito from 17–20 October. The company gave presentations on its experience in transport planning, sustainable mobility and services to the city. It was the third global conference –the first was held in 1976– which this time focused on the challenges faced by an increasingly urban planet threatened by climate change. 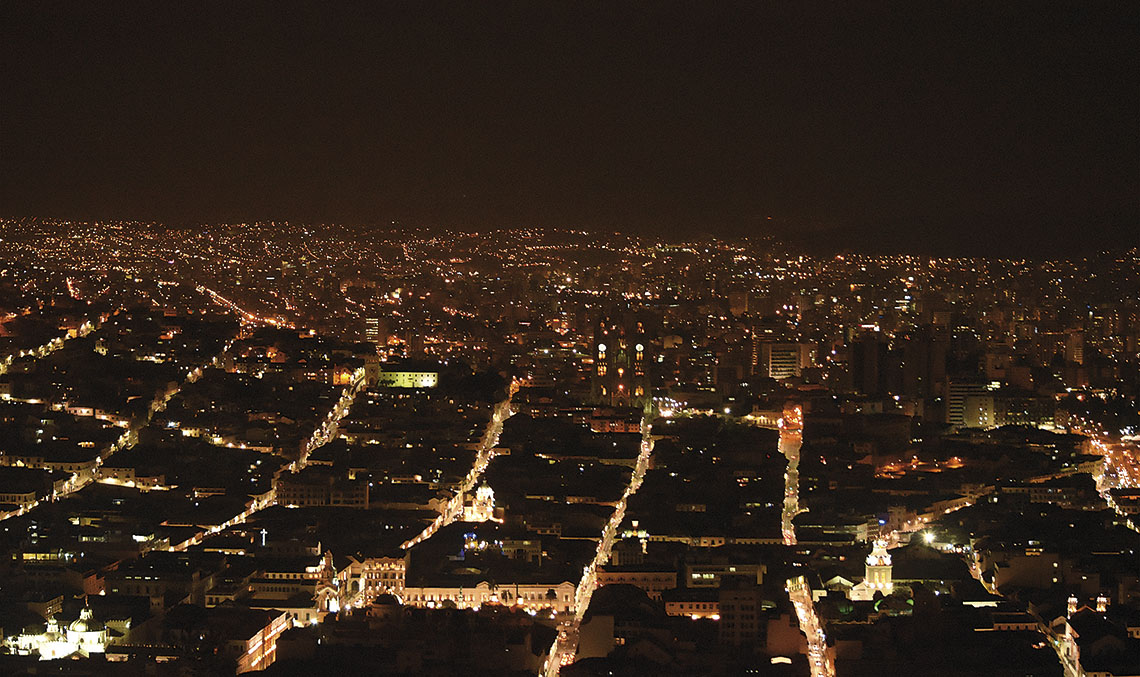 QUITO, HOST CITY OF HABITAT III. Habitat III was held in the capital of Ecuador with over 35,000 participants and more than 120 mayors of cities all over the world, including Madrid, Barcelona and Quito itself.

The world is increasingly urbanised, and in just a few decades it will be even more so. Cities only make up a tenth of the world’s land, yet today more than 55% of the total population (7,800 million people) live in them. By 2050 this percentage will have reached 70% of the world’s population, estimated at 10,000 million. These are the figures handled by UN-Habitat, the United Nations programme devoted to housing and sustainable urban development, i.e. to ensuring that human settlements are adequate and decent for people and that they respect the environment.

The process of urbanisation –with all its social, economic and environmental repercussions– is happening on a global scale, at an increasingly fast pace and spontaneously, giving rise to urban settlements that lack the minimum infrastructure and services to ensure the quality of life and development of their inhabitants. Adequate planning of both urban growth and transport networks –especially in large metropolitan areas– is one of the keys to making cities into habitable environments that are sustainable, safe, fair and friendly for their inhabitants.

We cannot talk of city planning from one sole point of view or one sole model: we have to consider what makes each urban area unique in order to offer effective solutions that respond to specific problems.

For this, we require political will, commitment from all actors (state, private and civilian), as well as availability of economic and financial resources, which will enable policies and actions to be agreed to achieve a sustainable development model.

In the current context of rapid urbanisation, planning has new challenges to confront, such as slowing down climate change, backing sustainability and fighting against growing social inequality. For this, it is necessary to ensure universal access to basic services such as transport, water, sanitation, energy, communications and equipment.

A highly organised urban model with sufficient equipment and public spaces, affordable housing and sustainable mobility offers people more opportunities of employment and training as well as access to essential services like healthcare and education, among others, thus minimising urban imbalances and inequality.

The United Nations Conference on Housing and Sustainable Urban Development, Habitat III, held in Quito, Ecuador, from 17–20 October 2016, brought together over 35,000 participants and covered all these topics through numerous conferences and events in which the various agents debated and presented their proposals to tackle the urban problems of the future. Among its main conclusions were the pursuit of social inclusion and eradication of poverty, sustainable and inclusive urban prosperity, and the assurance of a sustainable, resilient environmental balance through city planning.

The result of this meeting, translated into the so-called New Urban Agenda, gathered and took on the conclusions and commitments made by the international community in another two global forums of colossal importance for the planet’s development: the historic Paris Agreement on Climate (COP21) in December 2015, in which 195 countries signed the first binding global agreement to reduce global warming and slow down climate change, and the 17 goals of the UN’s Sustainable Development Agenda 2030. In the first row, the Ecuadorian Minister for Urban Development and Housing, Ms Ángeles Duarte, the then Secretary General of the United Nations, Mr Ban Ki-moon, and the Executive Director of UN-Habitat, former Barcelona mayor Mr Joan Clos.

Ineco, as part of the Spanish government’s delegation, took part in this global conference, presenting its planning, consultancy and transport engineering experience, a field in which we have decades of experience, as well as in other, more recently developed sectors linked to sustainable development, such as management of water resources and waste or smart cities.

The company has taken on an extensive range of engineering and consultancy work in these fields, to which it takes a comprehensive approach, marrying the interests of public administrations, businesses and society, and always including the environmental and social aspect to products through environmental assessments and socialisation projects.

As such, Ineco has successfully completed projects of all kinds in relation to urban and interurban mobility: from technical, economic, financial, legal and environmental impact feasibility studies (such as those performed on the Bi-oceanic Corridor for the governments of Bolivia and Peru) to drawing up projects and supervising infrastructure construction (conventional and high-speed railway lines and stations in Spain, Arabia, Turkey, India, etc.), airports, highways, access to ports and logistics centres, etc.

Among the studies carried out by Ineco to improve bus transport have been the reordering of buses in Algiers, the Bus Transport Strategic Plan in Oman, and the sustainable technology study for the buses of São Paulo. In metro systems, we have extensive experience in Spain (Madrid, Barcelona, Valencia, Seville, etc.) and in Medellín, São Paulo and Santiago de Chile. In terms of trams and light metros, also in Spain, we have worked on studies and projects in Madrid, Bilbao, Logroño, Zaragoza, León, Tenerife and Alicante, and on new schemes in Belgrade and Kuwait, as well as studies for tram renovation in Tallinn, in Latvia and in Pavlodar in Kazakhstan. Our suburban railway work includes the comprehensive projects between Caracas and the Valles del Tui in Venezuela, the studies for building a railway system in San José, Costa Rica, the Belgrade Light Metro and the Buenavista-Cuautitlán line in Mexico.

Comprehensive strategic, multimodal planning on a national, regional or local scale is another of the company’s specialities; for over four decades we have cooperated with the Spanish government to develop their national plans –PITVI (the Infrastructure, Transport and Housing Plan) is the most recent– but also with other governments such as those of Ecuador, Costa Rica, Oman and Algeria. Croatia and Malta, which are also planning their national strategies, commissioned a vital part of their plans to Ineco: that of preparing their national transport models (see pages 34-37) which, in Malta’s case, enabled Ineco to take part in the development of the National Transport Strategy, the National Master Plan, and finally the Strategic Environmental Assessment.

On a local level, it is worth mentioning the drawing up of Urban Mobility Plans, management tools to structure mobility policies towards methods for more sustainable movement in municipalities such as Hospitalet de Llobregat (151,000 inhabitants), Logroño (228,000) and A Coruña (244,000), where in addition to optimising public transport we also seek to strengthen non-motorised modes of transport, such as travel by foot or by bicycle.

For example, in Muscat, the capital of Oman, the starting point was one in which there was considerable presence of private vehicles and absence of railway networks, and it was concluded that a new, well-run network of buses would be the basis for the future public transport network. Ineco designed and presented a plan for the city in 2015 (starting with route proposals towards a new management model based on a single transport authority, among many other aspects) and subsequently the Bus Transport Strategic Plan for national public transport operations. The Omani government acquired a modern, state-of-the-art vehicle fleet to equip new urban and long-distance routes, and has put in place, among other means, a new legislative framework which is transforming the public transport system in the Sultanate (see IT57).

Towards the future of the city

Ineco has expanded its activity to planning other public services like water and waste:  as such, it prepared the Master Plan for Comprehensive Waste Management in the Metropolitan District of Quito (see IT58), based on a circular economy strategy with direct application methods and an effective legal framework; and studies for supervising the National Irrigation Plan in Ecuador with the aim of optimising water resource management, and it is elaborating Panama’s National Plan for the Collection and Treatment of Solid Waste, which will set out the means necessary to solve national waste management problems.

For Smart Cities the use of technology enables dynamic, real-time information to be obtained by installing sensors (the “internet of things”) and the vast quantity of data gathered via Big Data platforms to be processed. The Smart City model enables the management of multiple services to be optimised, from waste collection to traffic management, with the resulting benefit to the environment of reducing emissions, energy consumption and water, among other resources. It also enables citizen participation and administrative transparency to be increased. In this field, Ineco is working on the development of its platform CityNECO, with a pilot project for Granada City Council.

In short, the company, which presented some of its projects at Habitat (see News in this issue), believes in and works towards an urban model planned with an agreed comprehensive approach that is economically, socially and environmentally sustainable, with cleaner air, more space for pedestrians, greater abundance of water and biodiversity, and greater involvement of citizens, at the heart of a more polycentric, fluid urban structure in which information is available to assist people’s development and wellbeing. 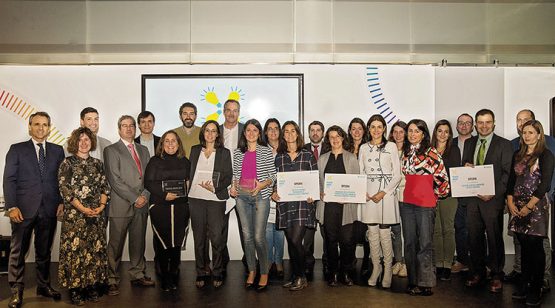