The EU BIM Task Group, founded by the European Commission and public bodies from 20 countries, has published a manual to support the implementation of the BIM methodology in the construction of public works in Europe, a sector that represents 9% of GDP and employs 18 million people. 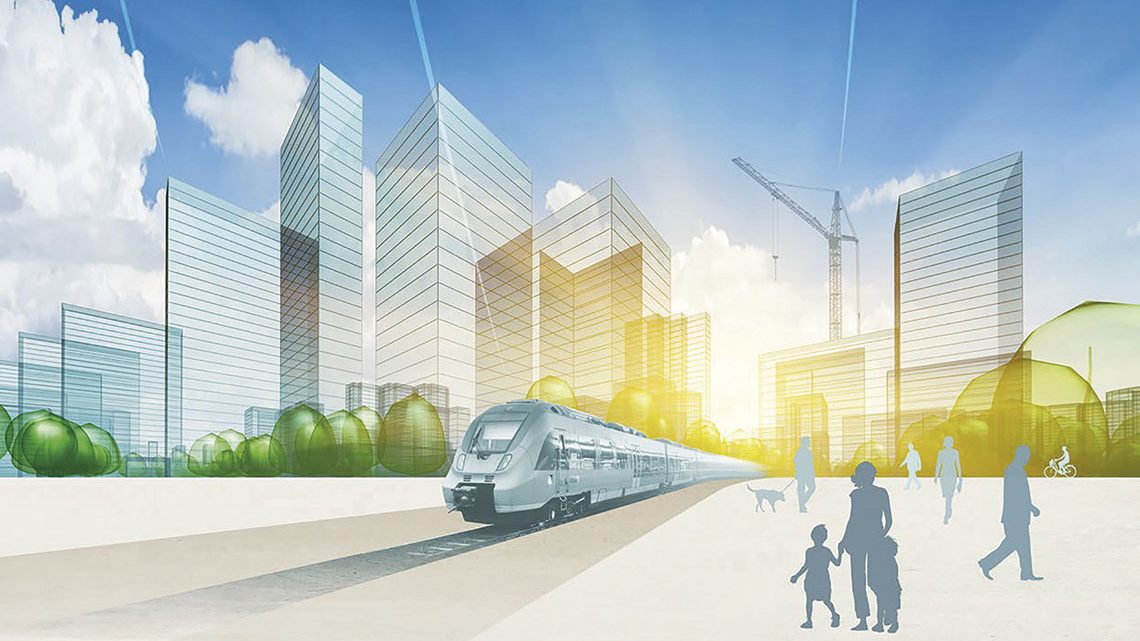 The construction sector is strategically important for European economies in terms of production and job creation, accounting for 9% of GDP and employing more than 18 million people. It is an important engine of economic growth and an activity in which three million companies are engaged, most of which are SMEs.

It is, however, a sector that lags behind other industries in terms of digitisation and productivity rates. Several European reports have identified that the root causes of this situation are an insufficient level of collaboration between agents involved in the process, a low level of investment in R&D, and improvable information management.

The digitisation of the construction sector represents a unique opportunity to confront the significant structural challenges that still need to be addressed by taking advantage of the widespread availability of best practices developed in other industrial sectors, new engineering tools, digital workflows and technological skills for achieving higher productivity and creating a more efficient construction sector.

The introduction of the BIM methodology in the construction sector represents a drive towards its digitisation. The wider use of technology, digital processes and automation undoubtedly helps to greatly improve our economic, social and environmental future.

This initiative, promoted by the European Commission, aims to encourage the construction sector to improve its productivity and embrace new technologies through digital transformation, an aspect in which this sector is lagging far behind: 95% of construction jobs in Europe are in small or medium-sized companies, and productivity has barely grown 1% in the last 20 years. EU BIM calculates that the implementation of this methodology will reduce the overall costs of the construction sector by between 10 and 20%, and also produce immeasurable social and environmental benefits.

The EU BIM Task Group is made up of representatives from more than 20 European public authorities and brings together the collective experience of policy makers, managers of public assets and infrastructure operators in the field. It therefore has a significant base of knowledge about the legislation, practices and customs of many countries which, although different, have similar problems in common.

The Manual, with collaboration by Ineco engineers Jorge Torrico and Elena Puente, representing Spain’s Ministry of Public Works, includes case studies and examples of the evolution of BIM implementation in different European countries and aims to respond to the following questions:

The document is not intended as a guide for the management of the BIM methodology, but rather to offer a strategic and comprehensive overview of the steps to be taken to implement it by examining real experiences in recent years.

Aware of the role played by public authorities and European institutions in the implementation of this technological transformation aimed at improving the competitiveness of their industries, some governments are already taking the first steps to implement this methodology as a requirement in their tendering processes, a strategy that will result in significant improvement in services and cost savings in public works. This is the case in the United Kingdom since 2016 and France as of 2017, and it will be applied in Spain by 2019.

However, differences in the definition and practical application of BIM in each country can create obstacles and make the work of construction and engineering firms that operate in multiple markets even more difficult. Before this happens, Europe is seeking to agree on a common framework consisting of best practices and international standards accepted by both public institutions and the private engineering and construction sector. This is why, since February 2016, EU BIM has been working on the standardisation of BIM in Europe. Its objective in these two years has been to convey the benefits of this methodology in order to achieve –along with the support of private industry– digital transformation in the European public construction sector. Communication, key to the implementation of BIM

In order to achieve a common regulatory and operational framework, public authorities and private industry have initiated an ongoing dialogue that seeks to bring up to date, within a few years, a sector that is rooted in almost artisanal methods. The case studies from different countries examined in the EU BIM Manual are a preamble to the importance that information exchange, standardisation and digitisation will have over the coming years for the construction sector, which is unquestionably on the threshold of a profound and historic transformation. It is just a matter of time.

In Estonia, for example, the Ministry of the Economy’s leadership in the initiative since 2014 and its commitment to the medium and long term has generated confidence in the sector and provided a clear outlook. The level of communication and commitment of the Swedish government has also been crucial in generating this confidence in the sector: the country’s BIM Alliance Sweden was created in 2014 with 170 representatives from all public and private construction organisations, and in 2017,  launched a strategic innovation programme called Smart Built Environment (SBE).

In 2015, Germany began designing a roadmap for digitisation in construction, an effort in which professionals from different areas have been involved and which will be implemented as of 2020. The Manual highlights the difficulty of communicating a strategic plan to a sector that employs six million people in Germany and making them understand how important it is for them. All in all, the reaction has been very positive.

The government of the United Kingdom, one of the most proactive, as part of its BIM implementation strategy, provided its suppliers with a reasonable time for adaptation: five years to bring themselves up to date from 2011. The United Kingdom also established a new legal framework within which to operate, and keeps the sector continuously informed through the government’s official Internet pages. This is also the case in France, which has set up a complete website to provide in-depth information about its PTNB (Plan Transition Numérique dans le Bâtiment), promoting a common work system. Every six months, the website publishes a survey or barometer that indicates how BIM is perceived by the construction sector in France. In the most recent survey, published in April, 80% of respondents said that they did not have enough information about BIM; nonetheless, it was used by 11% of professionals, in particular those working in new building construction (75%) and renovation (45%). CONSTRUCTION. The construction sector is an activity in which three million companies are engaged making it an important engine of economic growth.

In Spain, responsibility for the initiative falls to the Ministry of Public Works, which created the es.BIM Commission in 2015. Among its different actions, the Commission has created the www.esbim.es website, which offers the possibility for the private sector to share the work it has carried out using this methodology in order to generate interest and motivation. The website also features a blog available to external collaborators, which acts as a forum for the exchange of opinions, and it published the results of the first survey for professionals carried out in the last quarter of 2016. At the time of the writing this article, the second edition is open to verify the progress made, both in terms of knowledge and the use of the BIM methodology in Spain.

In addition, since September 2017, the es.BIM Observatory for public tenders has been active with the aim of monitoring the evolution of the penetration of BIM in public tendering on a quarterly basis, both quantitatively and qualitatively. Thus far, two reports have been published and have made it possible to draw very significant conclusions.

Technology evolves at high speed and we just need to use it and incorporate it into our processes. Nowadays, thanks to BIM, it is possible to generate and manage all of a project’s digital information through the formation of information models throughout the life cycle of a construction. It is, therefore, a method that provides total control of a building or civil works project from the design phase to final maintenance, facilitating real-time monitoring, decision-making and changes or corrections to plans before construction. It generates greater cost savings than current methods. What is needed to implement it? ‘Complex, useful for my profession and expensive’ is how the new technology was described in the last survey conducted in France. However, experts do maintain that the necessary training and technical means do not represent an insurmountable obstacle and that greater global adoption will be achieved through ongoing learning.

95% of construction jobs in Europe are in small or medium-sized companies, and productivity has barely grown 1% in the last 20 years

Ineco began using the BIM methodology in 2010 for its participation in several international projects, given its ease of use in collaborative working environments –with different teams separated by large distances– with a single centralised design. The company currently uses the BIM methodology in both airport and rail projects in Spain and abroad.

Its role in the EU BIM Task Group, representing the Ministry of Public Works, has been highly active and involves participation in its management committee together with Norway, Italy, the Netherlands, Estonia, Sweden, France, Germany and the United Kingdom. From the beginning, the need to look for common lines with Europe was perceived in order to ensure, as much as possible, a single methodology based on European standards. 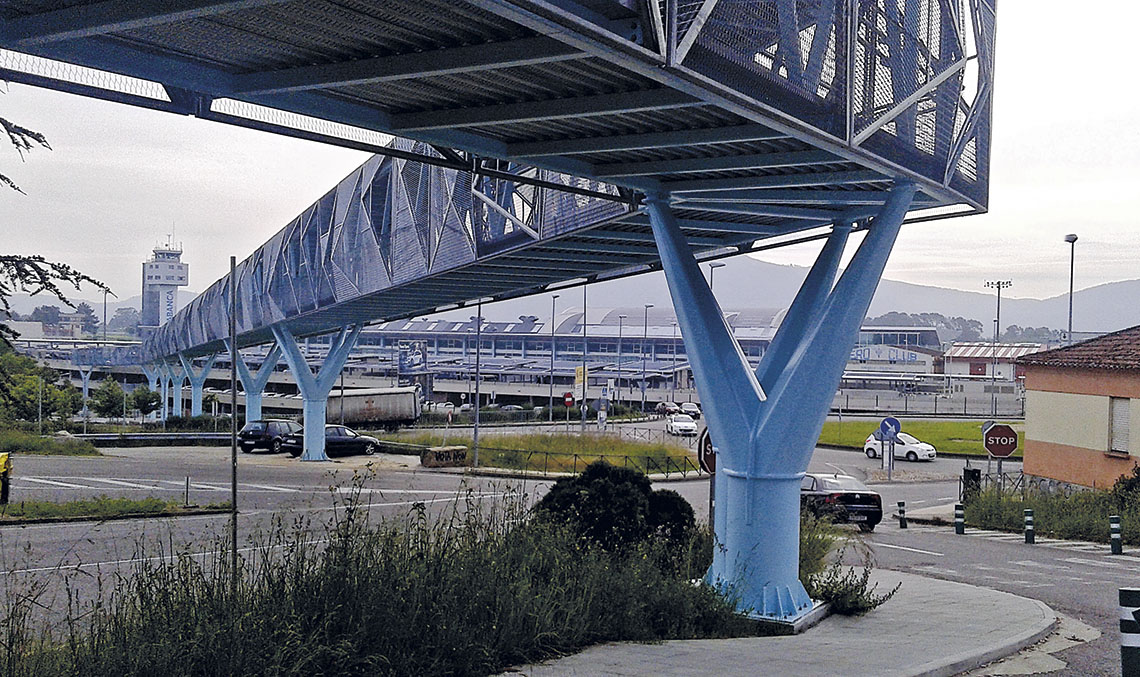