EU standards for Panama and Haramain

Ineco has completed the Independent Safety Assessment (ISA) for the improvement of Line 1 and new Line 2 of the Panama City Metro, and the safety studies for the high-speed line between Makkah and Madinah in Saudi Arabia. The company has extensive experience in Spain, which it has exported abroad for the first time. 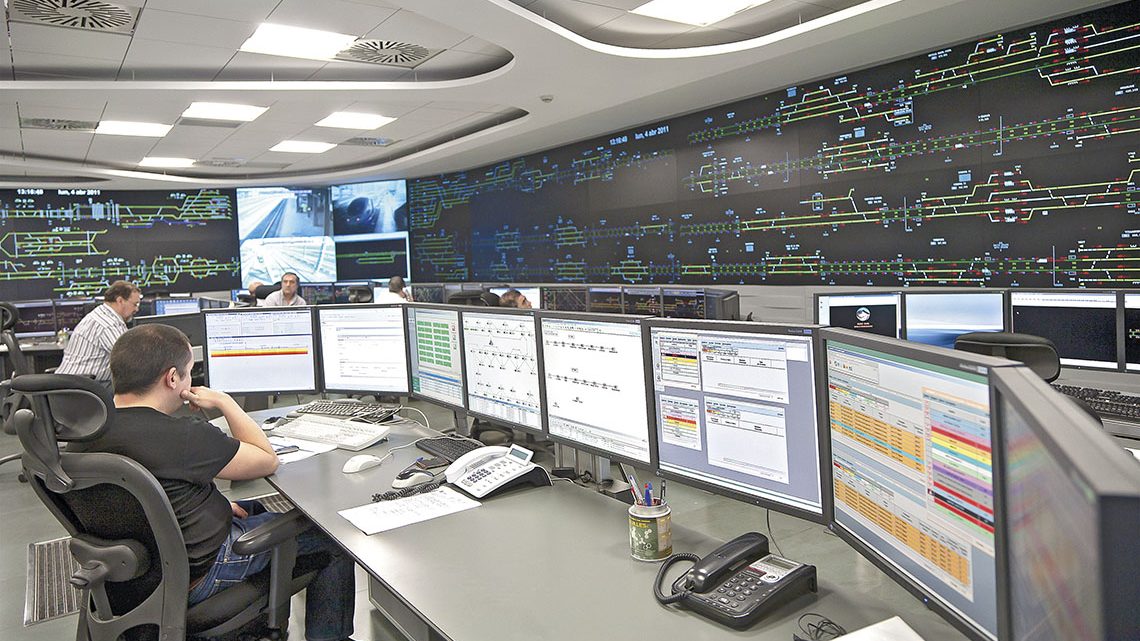 A railway system is made up of different subsystems: very broadly, the track with all of its equipment, the power system, with overhead lines and substations, the rolling stock and all of the signalling, control, command and communications elements that make it possible for trains to operate. Each of these subsystems must work safely and, to ensure this, starting with the project design phase and following stages, through commissioning and subsequent maintenance, different safety studies and tests need to be carried out on aspects ranging from subsystem specifications, detection of possible hazards and the likelihood of occurrence, to actions to be undertaken to mitigate the risks and fully certify that the whole system is safe and complies with the regulations.

These safety activities for the commissioning of all or part of a railway system (whether newly built or modified, for example, due to modernisation), are carried out following a ‘V-shaped life cycle’, because the activities run in parallel but not necessarily at the same time, starting in the design stage and converging again during commissioning. Different individuals (designer, verifier, validator) are responsible for each activity. The different kinds of safety studies are organised into the following phases: concept and definition of the system, risk assessment, identification of safety and application requirements, and, finally, design and implementation.

The main report produced is the Independent Safety Assessment (ISA), which, unlike other jobs, such as risk assessment, can only be performed by assessors accredited by an ENAC (National Accreditation Entity), such as Ineco. This report is essential for guaranteeing to a third party –the operator or railway authority– that a new line or the modification of an existing line is safe and can be put into service or continue operating.

Ineco, which has extensive experience in Spain in the field of railway safety studies, especially in high speed, as well as in other fields, has exported its knowledge: for the Panama City Metro, it carried out ISAs for the new Line 2 and extension of Line 1, a job that took two years. It also carried out safety studies on the first high-speed line in Saudi Arabia, between Makkah and Madinah  (Haramain High Speed Railway project), which went into operation in October 2018.

Both the Haramain (which means ‘two holy cities’ in Arabic) and Panama City Metro projects were carried out in accordance with the safety regulations that apply to Spanish railway lines, that it to say, the standard CENELEC EN 50126 (Railway applications – specification and demonstration of reliability, availability, maintainability and safety, RAMS), which applies to all subsystems that make up the rail system: train signalling and protection, telecommunications, traffic control centre, power supply, protection and safety, track and rolling stock.

More than 8 million passengers a month use the two operating lines of the Panama City Metro. In 2014, the opening of the first suburban line, with a length of 15.8 kilometres, revolutionised public transport for the city’s more than 880,000 inhabitants. Growth in demand has made it necessary to expand its capacity by adding 6 new trains to the 20 existing ones, and expanding the number of carriages from three to five, which in turn made it necessary to modify tracks and facilities, purchase new supplies and carry out other supplementary works.

In addition, in January 2019, the new 21-kilometre Line 2 was partially opened to provide a service to pilgrims from all over the world who attended the World Youth Day, presided over by Pope Francis. For nine days, with no notable incidents, the line section, consisting of five of the sixteen stations, transported 2.6 million people. On 28 January, once the event was over, the line closed again for works to complete it, and it officially opened in April.

To make the process possible with full safety guarantees, since 2015, Ineco has been carrying out the Independent Safety Assessments (ISAs) on both lines for the company Alstom. On the one hand, for the adaptation actions aimed at expanding the capacity of Line 1, and, on the other, for the subsystems of the newly constructed Line 2:  track, rolling stock, signalling system, power supply, supervision and control of trains, communications and SCADA (supervisory control and data acquisition), among others.

Safety studies for the Makkah-Madinah line

The so-called ‘Pilgrims’ High Speed Railway’ made its first official trip on 25 September 2018 and began commercial operation in October. Ineco was one of the 12 Spanish companies (the others being Renfe, Adif, Talgo, Consultrans, OHL, COPASA, Imathia, Dimetronic, Indra, Cobra and Inabensa) and two Saudi firms in the consortium that was awarded the international contract to build the second phase of the project in 2011.

Ineco is present in all phases of the safety life cycle, from the start of the project to validation

After phase 1 (civil works for the construction of the track platform and stations), which was awarded to another consortium, phase 2 included track and overhead line installation, electrification, control centres, supply of 35 trains, and operation and maintenance of the line for a period of 12 years.

The new 450-kilometre line is the first high-speed line in Saudi Arabia and the entire region. It is designed for speeds of up to 320 km/h and connects the two holy cities of Islam, Makkah and Madinah, with five stops in total. It has a double track in standard gauge (1,435 mm), 25 kV, 60 Hz electrification and is equipped with the ERTMS level 2 signalling system.

In the concept and definition phase, the technical specifications of the track, overhead lines, signalling, telecommunications, installation and maintenance bases, signalling control points, operation control centres (OCCs), high- and low-voltage electrification and RAMS requirements were prepared. Based on this, a safety plan for the system was generated.

In the risk analysis phase, a hazard log was created to manage hazards, including a description of each hazard, its status (open, controlled, cancelled transferred or closed), initial and final assessment, the person in charge, etc. The EN 50126 standard provides a detailed list of all possible hazards, establishes the levels of probability (from frequent to unlikely) and severity (from insignificant to catastrophic), and classifies them (from acceptable to intolerable).

In the stages that followed, identification of requirements and traceability, the development of the hazard log continued, establishing the safety requirements for the signalling, track, station and power subsystems. After the analysis, the corresponding mitigation measures were established and applied in order to reduce the detected risks to acceptable levels.

In the design and implementation phase, the standard stipulates the need for a design ‘safety case’, which is a detailed report that, once validated by an Independent Safety Assessor (in this case, the Italian company ITALCERTIFER), gives the green light to the operation and maintenance of the infrastructure. In the Haramain project, Ineco produced, among others, the safety case for the signalling control points and auxiliary detection systems (detectors and concentrators), as well as for the management of rolling stock interfaces with the rest of the subsystems. 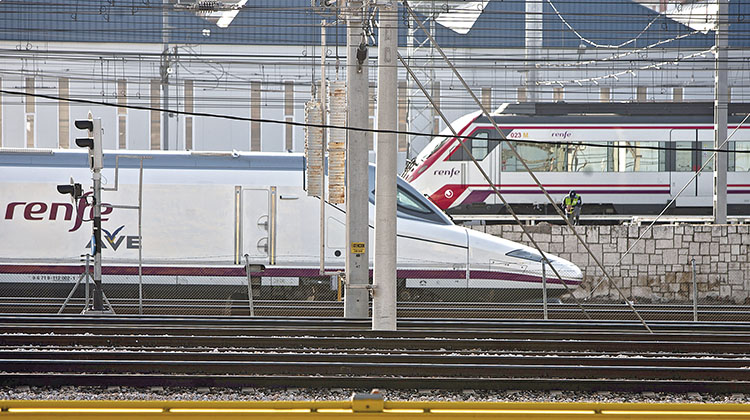 Ineco has extensive experience in engineering, railway safety facilities and equipment and rolling stock, and knowledge of the safety processes and procedures of the main railway suppliers. It participates in all phases of the safety life cycle, from the initial stages of concept and definition of the system, to validation, which includes final safety acceptance for commissioning, both for new infrastructures and on-board equipment, and modification of existing infrastructure.

In 2009, it obtained its first accreditation from the ENAC (Spanish National Accreditation Entity) as an independent safety assessor for both infrastructure and rolling stock, with number 76/EI058, which it has subsequently renewed. This accreditation is also valid in the 100 countries with which the ENAC has reciprocal recognition agreements. Ineco has also been certified by the ILAC (International Laboratory Accreditation Cooperation) as an inspection entity for the independent safety assessment of railway applications at the international level.

Some of the more important work carried out in Spain on track subsystems (specific applications) includes the assessments of the safety processes applied by Adif (the Spanish railway infrastructure manager) in the commissiong of a large part of the high-speed lines equipped with ERTMS. The most recent are the Antequera-Granada line, opened in June 2019 and the installation of the ERTMS level 2 signalling system on the Valladolid-León line. Work is also continuing on other lines that are still under construction, such as the Olmedo-Zamora-Pedralba sections of the high-speed line to Galicia; Monforte del Cid-Murcia; and the connection between Chamartín station and Torrejón de Velasco in Madrid. The company previously worked on other lines in the network, such as Madrid-Lleida-Barcelona (opened between 2003 and 2008); Figueras-Perpignan (2011); Córdoba-Málaga and Madrid-Valladolid (2006-2007); and Madrid-Valencia (2010).

Ineco has also carried out safety assessments on modifications to conventional lines with ERTMS, such as those on Madrid’s Cercanías network, and the Castellbisbal-Mollet and Castellbisbal-Cantunis branches in Barcelona, where a third wire was installed in 2010 to allow the running of trains on two track gauges. One of its more recent jobs is the safety assessment on the modernisation of the Recoletos tunnel in Madrid.

And in regard to assessments of on-board equipment, some of the more important include the ones carried out for the installation of ERTMS level 1 equipment in Cercanías Civia (I, II, III and IV) and 446, 447 and 450 series electric multiple units. In terms of high-speed rolling stock, the company has worked on the S-120 and S-121 units manufactured by CAF.

Previous Article BIM-GIS integration in the A-76 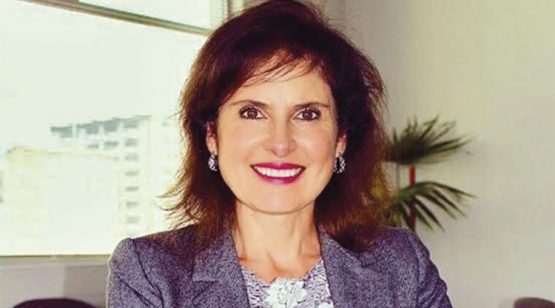