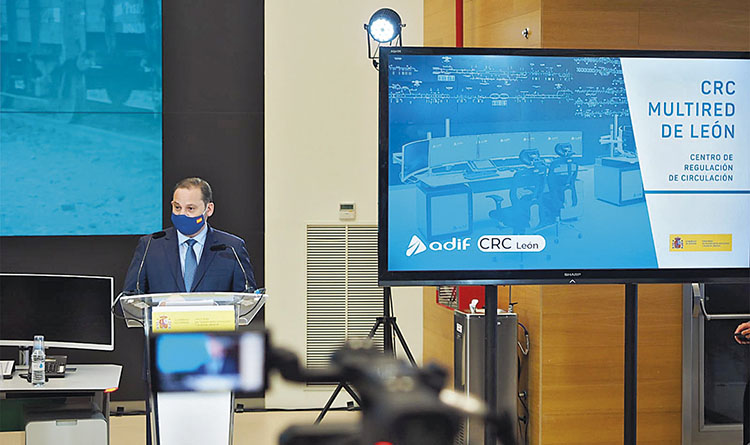 José Luis Ábalos, the Minister of Transport, Mobility and the Urban Agenda, opened Adif’s new Rail Operating Centre (ROC) in León on 10 December. The new ROC joins the 22 that are already in operation across Spain and represents the country’s first multi-network centre, as it incorporates Centralised Traffic Control (CTC) systems for three different rail networks (conventional, high-speed and meter-gauge, which in León comprise a total of 1,200 kilometres of track) into a single operating centre.

Ineco developed the construction plan for the ROC building itself, which was opened in 2013. It was designed to centralise all of León’s rail operating facilities in a single location, although at first it was only used for the conventional lines.