Ineco recently carried out a hydrological study of the high-speed lines in operation using two-dimensional models, with the aim of delimiting potentially floodable zones, detecting the critical points of each zone and analysing possible actions for improvement. 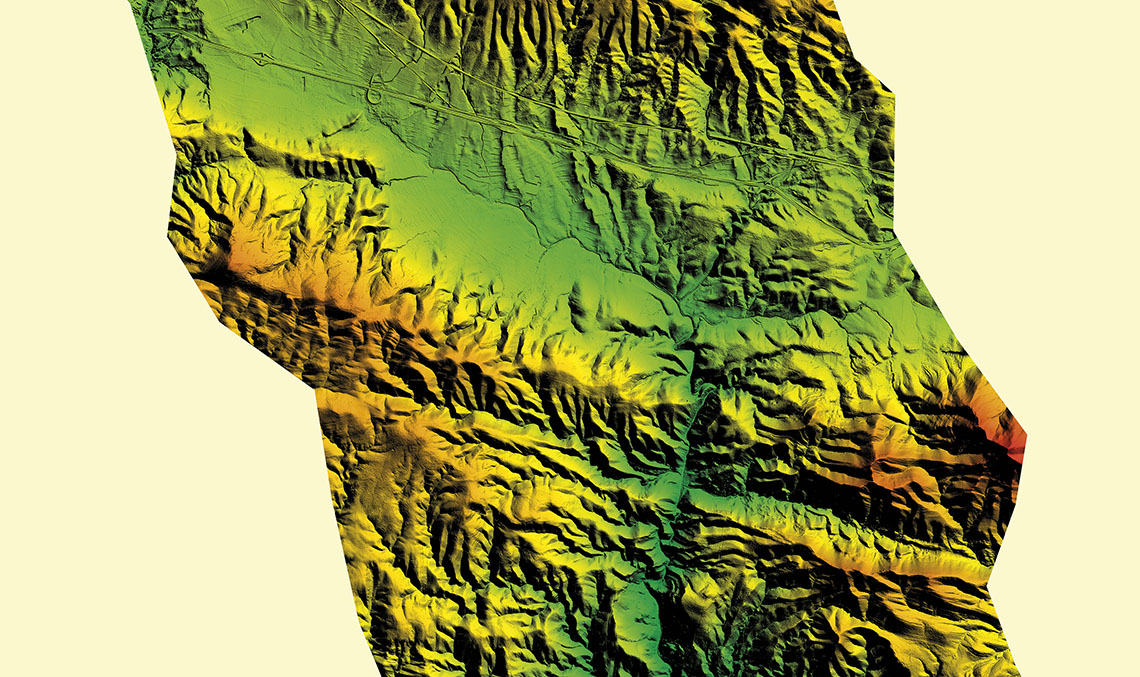 DIGITAL TERRAIN MODEL. The DTM is a representation of the topography of a land zone in a way that is adapted to its use by computers. One of its applications is the modelling of the water flow carried out in flood studies.

In the course of the infrastructure inspection campaigns of the high- speed lines, deficiencies were detected in the drainage systems of some sections. These deficiencies are resolved within normal or intense levels of rainfall through enlargements and improvements of the drainage network, based on a localised supply of resources.

However, as has been demonstrated occasionally, there can be catastrophic levels of rainfall that exceed all forecasts or normal schedules. The magnitude of the rainfall, the gentle slope of the land, the low level of the tracks and the insufficiency of the drainage elements are factors that may result in incidents on the rail platform.

This is the case of the incident that occurred on 2 July 2014 on the Madrid-Alicante high-speed line, at the town of Alpera (Albacete). The intense rainfall in the zone caused a great accumulation of water next to the platform. The flow water dragged away the ballast, leaving the track without support and causing it’s settlement. As a result of this incident, preparations began to commission Ineco with the study to determine the potentially floodable zones in the high-speed lines in operation.

To achieve the improvement of the drainage network, it is necessary to realise a hydrological study using two-dimensional models, through the application of net rainfall (associated with return periods of 100 and 500 years) and the joint analysis of the transversal and longitudinal drainage system.

The models allow us to study the behaviour of the flow in interbasins and plain zones, as well as the height of the sheet of water at any point. The simulations consider the effect of flood abatement upstream of the works and the dam effect of existing downstream obstacles. Furthermore, the flow speed can be verified and zones with risk of erosion can be detected.

The magnitude of the rainfall, the gentle slope of the land, the low level of the tracks and the insufficiency of the drainage elements are factors that may result in incidents on the rail platform

Firstly, information about the layout and the drainage system is compiled to carry out an inventory of the crossing works. The existing inspections and the incidents registered are consulted. A hydrogeomorphological analysis of the track layout is carried out, allowing a selection of the sections to be studied with the two-dimensional models, while they are classified in accordance with their priority.

Next, the Digital Terrain Model (DTM) is prepared, for which the model is linked to the mesh size of 5m (data from the LIDAR flight of the PNOA, National Plan for Aerial Orthophotography) with topography at a scale of 1:1,000 for the trace of the line. Thus, a single DTM with a 2m mesh size is obtained, which incorporates the openings due to large crossing works in the line to be studied and in other nearby infraestructuras.


In parallel, rainfall in each of the sections is obtained from the ‘Maximum daily rainfall in the Spanish Peninsula’ publication of the General Directorate of Roads of the Ministry of Public Works, in 1999. The intensity of the rainfall in accordance with its duration is calculated through the IDF (Intensity-Duration-Frequency) curves of the Spanish Meteorology Agency, AEMET. To obtain net rainfall, we consider, in addition to rain, the land retention with data of the GIS layer of the water flow supplied by the Ministry of Agriculture, Food and the Environment through its CAUMAX project.

The next step is to generate the two-dimensional model with the Infoworks ICM program. The model defines the land through a triangular mesh from the DTM data, using fracture lines that mark the main traces of the platform slopes, zones with a different mesh size (finer around the platform) and polygons with different land roughness. The model also includes other elements, including for example small drainage works, which simulate the flow in a one-dimensional way. Once validated, rain data can be uploaded and simulations in ICM can be perfore.

Sections of the line are classified in accordance with it’s risk, delimiting potentially floodable zones. Thus, plans are made showing the potential flood risk and the results of the study of each axis are documented in a report

RESULTS OF THE TWO-DIMENSIONAL MODELS

Firstly, six rain episodes are simulated corresponding to the return period of 500 years, whose duration is related to the concentration time of the most important basin. Once the simulations have been performed, it is checked whether the platform is affected.

If it is not affected, the process ends and the section would be low-risk. In the contrary case, it would be necessary to simulate the same episodes of rain with the return period of 100 years. If it is affected only for T500, the risk considered is medium. If it is also affected for T100, the risk is high.

According to the foregoing criteria the lines are classified in sections in accordance with it’s risk, delimiting the potentially floodable zones. As such, plans are obtained to show the potential risk of flooding classified by sections of all lines. The results of the study of each axis are expressed in a report. In the four axes together 2,351 km of trace of route was studied and 89 2D models were made, with a total length of 810 km.

Lastly, we propose an action plan for all of the high-risk sections and for the medium-risk sections associated with the latter. We recommend analysing the 2D models, identifying necessary complementary data (photographs and detail topography), inspecting the area on the field, defining appropriate solutions, performing new simulations and, where applicable, drawing up the appropriate construction projects. Furthermore, the rest of the sections with a medium risk must be analysed to assess the need to carry out these actions on them as well.

Moreover, we recomend to identify other high-speed lines that will start operating soon, evaluate the available information on incidents, inventories and inspections, the documentation of as built projects and the availability of the topography (aerial photography track flights). 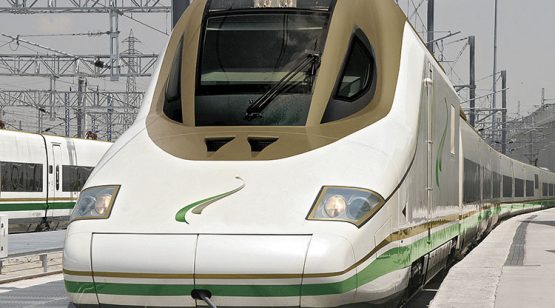