From Castilla to the Cantabrian Sea

Ineco has drafted the preliminary studies and projects and managed the works for the comprehensive renovation of this 217-kilometre historic line that crosses the Cantabrian Mountains. Built 150 years ago, it is still a vital corridor both for freight –especially vehicles manufactured in Castilla y León– and for rail passengers. The duplication of sections of track between Santander and Torrelavega, which is expected to start in 2019, will complete improvements in speed, safety, passenger comfort and freight capacity. 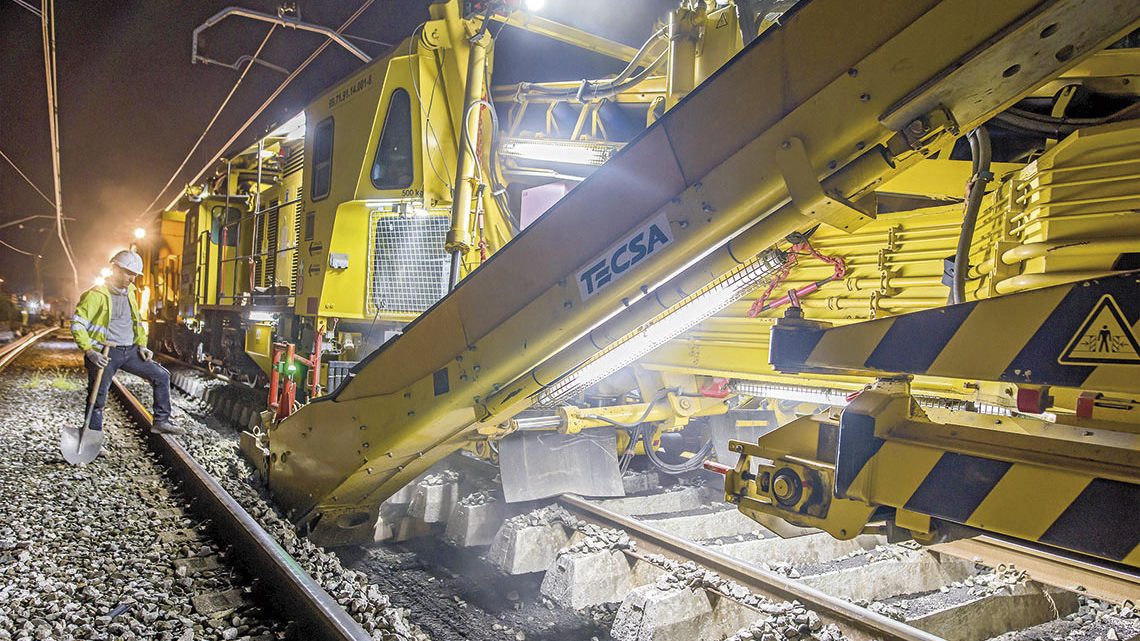 This is one of the oldest and most complex railway lines in Spain. At a length of 217 kilometres and used for mixed traffic (passengers and freight), it was electrified in 1951 and retains its original track layout and geometry, with extremely sharp curve radii and steep gradients that limit maximum speed. A century and a half after its construction, which was a colossal technical challenge since it had to pass through the Cantabrian Mountains, it is still a strategic rail connection between the Meseta Central and the Cantabrian coast.

Construction on the line began in 1850 and its purpose was to transport grain from the fields of Castilla to the Port of Santander, where it would be shipped to Britain. Today, it is an essential corridor for the Spanish automotive industry because it connects the four factories that Renault, Iveco and Nissan have in Castilla y León to the Port of Santander, which specialises in the shipping of vehicles. Before the works, the line could only handle freight trains with a maximum length of 450 or 500 metres. The construction of two 750-metre-long freight train sidings at Muriedas and Guarnizo stations represents a substantial improvement in transport capacity.

But the Palencia-Santander line is not just an important freight corridor: almost half of its route –the section between Reinosa and Santander, featuring 26 stations–, makes up Line 1 of the region’s Commuter network, a hub that is completed by two Renfe Feve lines (in metric width or narrow gauge).  Within this section, in which Iberian-gauge commuter lines are operated, the works will involve duplication of the Torrelavega-Santander sub-section, for which Ineco has drafted the projects, improvement of accessibility to stations and sidings, and the removal of level crossings.

The Palencia-Santander line is not just an important freight corridor: almost half of its route makes up Line 1 of the region’s Commuter network

In recent years, the line’s speed and capacity restrictions have caused issues regarding regularity, quality and reliability of a service used by almost 700,000 passengers a year. The renovation works have improved the safety and comfort of passengers and reduced travelling times. Improvements between Torrelavega and Santander

In addition to the comprehensive renovation, Adif is undertaking another important project: works to widen track on a vital section of the line which connects Torrelavega and Santander. It is a 29.5-kilometre stretch that makes up Line C1 of the Commuter network and runs through the municipalities of Torrelavega, Piélagos, Astillero, Camargo and Santander. Overall, the project will increase the traffic capacity of the line in this section, thus reducing travelling times. Track duplication of the C1 commuter rail line between Torrelavega and Santander.

Ineco began work on the duplication projects at the end of 2015 and they are expected to be completed in 2019. The first step involved carrying out a financial and capacity analysis of traffic and user volume, as well as an environmental impact study. The basic project and later, the construction projects, were also drafted. In addition to duplication of the track, other actions will be included:

A key line for the automotive industry

The Palencia-Santander line is an essential corridor for one of the country’s most important economic sectors, contributing 10% of GDP: the manufacture of vehicles and parts, 90% of which is exported abroad, and its associated industries. Spain is in fact the second largest manufacturer in Europe –the largest for industrial vehicles– and is ninth in the world, according to the Spanish Association of Automobile and Truck Manufacturers (ANFAC). According to the same source, Castilla y León currently leads production. The region boasts more than 180 parts and components companies and four Renault, Iveco and Nissan assembly plants located in Valladolid, Palencia and Ávila, which, in 2017, manufactured more than 582,000 vehicles (more than 20% of the total of 2.84 million).

The Port of Santander has close links with this industry, specialising as it does in the export of vehicles –almost half a million units in 2017– which arrive by road, but mainly by train: it is the only port in Spain where more automotive freight arrives by rail than by road (55% according to ANFAC). According to the Port Authority, the manufacturer Renault, from its car assembly plants in Valladolid and Palencia, provides the largest volume of vehicles. Hence the importance of increasing the transport capacity of the railway line, which until now had no infrastructure suitable for handling trains longer than 600 metres.

Preliminary study for a high-performance line produced by Ineco for Adif in relation to the section between Palencia and Alar del Rey.

In October, the Minister of Public Works, José Luis Ábalos, pledged that Madrid and Santander would be connected by 2024 with a journey time of around three hours and stressed that the train would stop in Reinosa and Torrelavega. After his meeting with the president of Cantabria, Miguel Angel Revilla, the minister affirmed that to make this connection a reality “all of the projects that affect the new high-speed line between Palencia and Reinosa will be drafted by 2019,” and that the intention is to “make public all other sections in what remains of the legislature.”

In parallel with all of the actions mentioned above, the Ministry of Public Works has designed a new high-performance standard-gauge line between Palencia and Alar del Rey, for which Ineco drafted the preliminary study in 2016 (see plan above). In January 2018, the project obtained its Environmental Impact Statement and, in March, Adif Alta Velocidad announced the tendering of four contracts for the drafting of the basic and construction projects of the platform on the four sections into which the route has been divided: Palencia-Amusco, Amusco-Osorno, Osorno-Calahorra de Boedo and Calahorra de Boedo-Alar del Rey.

The station in Santander and its surrounding area will undergo a major transformation when it carries out the planned railway integration actions, for which Ineco is drafting the construction projects for the reorganisation of the station’s spaces. These actions are included in a collaboration agreement signed in October 2018 by Santander City Council, the Cantabria Regional Government and Adif.

Santander station is a terminal railway station located in the Spanish city of Santander. It was opened in 1943 by Renfe following a project by the architect Luis Gutiérrez Soto and engineer Carlos Fernández Casado. In 2010, its rail services, which include long and medium-distance and commuter network, were used by around 850,000 passengers. It is located in Plaza de las Estaciones, near the city centre. Next to this Adif-owned station is the Renfe Feve station through which trains that travel on the narrow-gauge network run.

Recently, improvement works on the Muriedas railway terminal and its connection to the Port of Santander were put out to tender, with project financing from the Port Land Accessibility Fund.

Next post What makes the Bergara Junction so complex? 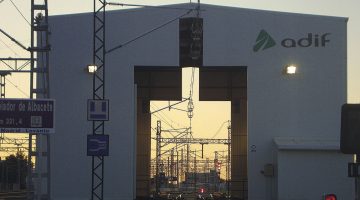