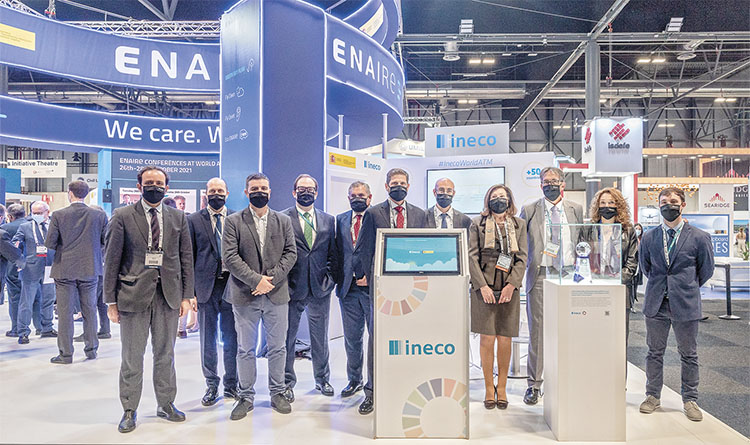 The president of Ineco, Carmen Librero (fourth from the right), with company executives. / PHOTO_ELVIRA VILA

Once again, Ineco has taken part –as both exhibitor and speaker–at the World ATM Congress, the foremost international event for the air navigation industry, which took place from 26 to 28 October at Madrid’s IFEMA Trade Fair Centre. The event was organised by Civil Air Navigation Services Organization (CANSO) and the Air Traffic Control Association (ATCA). Ineco shared a stand with Enaire and Senasa.

The congress, which was officially opened by the king, brought together around 10,000 professionals from 130 countries and, for the first time, hosted Expodrónica, a trade fair dedicated to the unmanned-aircraft industry. In fact, Víctor Gordo, in one of the two technical talks given by Ineco, gave a presentation on the use of drones to calibrate radio navigation. In the other talk, Eva García gave a presentation on the EOS tool for designing flight procedures. 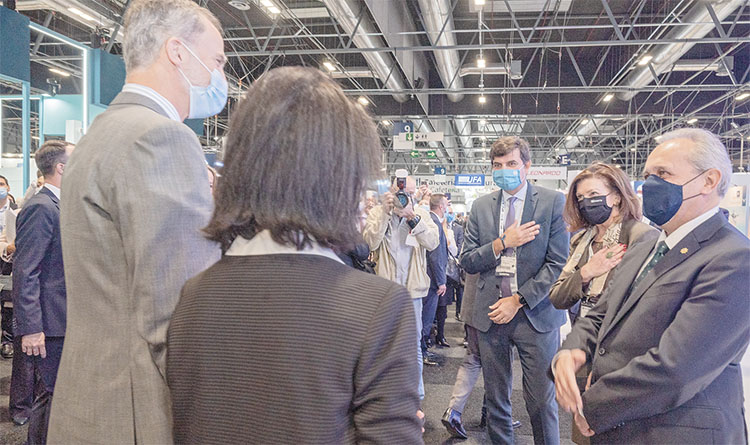 Next post Independent Safety Assessments for Panama and Morocco