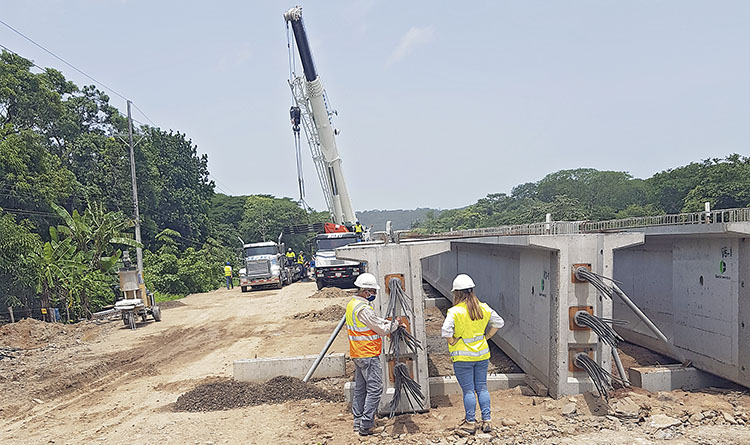 Ineco’s Susana Valverde with an engineer from the supervising company, on the bridge over the Higuerón River, on the Limonal-Cañas section, Guanacaste. / PHOTO_INECO

The Ministry of Public Works and Transport (MOPT) of Costa Rica has extended the contract with Ineco for the administrative, technical, legal and environmental management of the Transport Infrastructure Programme (PIT) for another 32 months, until 2023. The programme, financed by two loans from the Inter-American Development Bank (IDB), for a total of 450 million dollars, includes ten strategically important actions on roads and ports (see ITRANSPORTE 62). After winning the international tender held by the MOPT and the IDB in 2016, Ineco is acting as the Programme Execution Unit, in charge of planning and monitoring all of the technical and administrative tasks, in close collaboration with the Ministry.

According to the MOPT, the contract has been extended to adjust to changes in the planning of PIT actions, to which it has added three more road projects: construction of road links in Taras and Cartago, doubling of 2.4 kilometres in La Angostura, in Puntarenas, and extension and rehabilitation of 70.8 kilometres of the Northern Inter-American Highway, between Barranca, Limonal and Cañas. The PIT, which is part of Costa Rica’s National Transport Plan 2011-2035, includes seven other projects to improve and expand roads in different parts of the country and three works in ports.

Next post Ineco returns to Kuwait Airport to direct its expansion 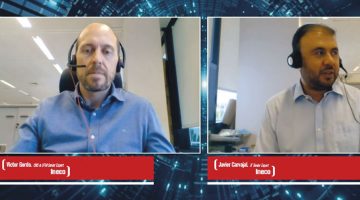