This civil engineer manages one of the company’s most dynamic departments: some 35 professionals from different disciplines who handle more than 600 bids a year to win projects around the world. 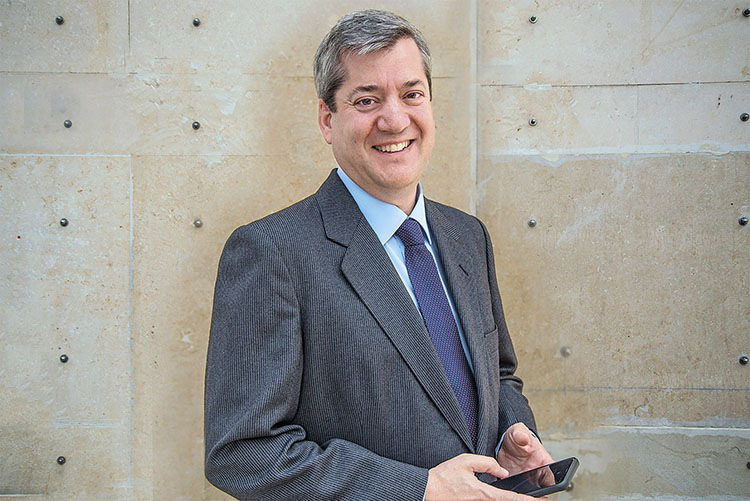 “2019 HAS BEEN A RECORD YEAR FOR EMBLEMATIC PROJECTS”

1 If a partner drops out a week before submitting a bid, do you panic?

Not really. We usually lead bids, so we can find compatible partners quickly thanks to our capacity and commercial knowledge.

2 Can a timely withdrawal be a victory?

Yes, because it enables Ineco to avoid bigger problems such as embarking on projects that are complicated in terms of financing or deadlines. It’s always a well-considered and consensual decision in the company.

3 Last year was notable for its extensive international activity. What was the ratio?

The number of tenders has more or less stayed the same in recent years, but apart from the Haramain contract in 2011, we’ve increased in terms of emblematic projects abroad. In this sense, it was a record year.

4 Recent tenders include Australia, Latvia, Kuwait, Saudi Arabia and Uruguay. Which of these are you most proud of?

What makes us most proud is the ability to reach different continents with lots of projects. Australia was particularly satisfying because it involved breaking into a new country with the implementation of the highly advanced ERTMS system.

5 Which one caused you to lose the most sleep?

Two particularly stand out for giving me sleepless nights: the first was a project we won, HS2 in the UK, and the other, one we lost, Ho Chi Minh Airport in Vietnam. That said though, I usually sleep well knowing that the team makes every effort possible –sometimes late into the night– on all bids.

6 What would you say to young professionals to encourage them to work in this field?

That it is a very interesting area for acquiring knowledge across many different disciplines and in a very short period of time.

At Ineco since 1999, Chema Llorente has a bachelor’s degree in civil engineering from the Polytechnic University of Madrid and a master’s in infrastructure management and financing from the IESE Business School, having also attended its management development programme. Most of his professional career has been spent in the areas of consulting and international business development, where he has been in charge of projects in Kuwait, Jordan and Brazil. Prior to his current position, he was Latin America business director and Europe, MENA and MeDA director.

Ineco’s Tenders Subdivision handles a wide variety of bids both in Spain and abroad covering all areas of specialisation, working under strict deadlines and in close coordination with the company’s engineering, financial, business, legal, purchasing and personnel departments. It is staffed by a results-orientated team and although the work may be stressful and comparable to a roller coaster ride, it is compensated by the fact that each success is celebrated with great solidarity and companionship.

A model for life