He is currently the Head of the Spanish Marine Aids to Navigation Service of Puertos del Estado, under the Ministry of Public Works. 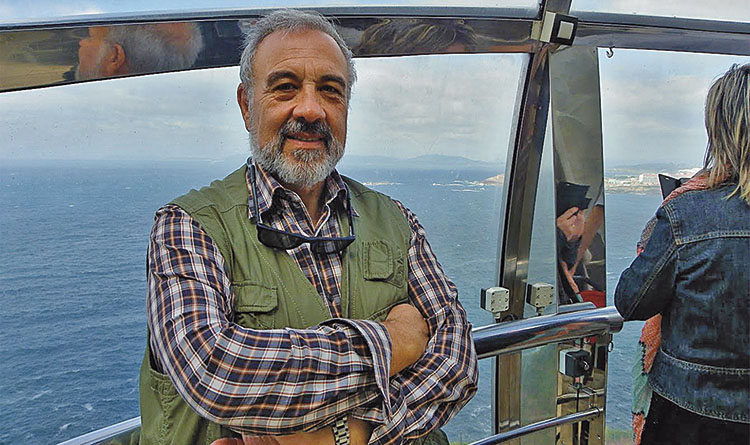 Born in Alcalá de Henares (1953), Juan-Francisco Rebollo has a Bachelor’s Degree in Physical Sciences and a Master’s Degree in Port Management and Intermodal Transport. During the period 2014-2018 he is the President of the International Association of Marine Aids to Navigation and Lighthouse Authorities (IALA).

Is the future of lighthouses at risk?

Not at all. As a aid to navigation, they continue to serve as a unique point of reference for a large number of smaller vessels, as well as a verification point, and when necessary, a backup for electronic positioning systems.

Obviously, they are not as crucial as they were years ago, but advances in lighting technology and control, reducing consumption and monitoring their operation, make it viable to keep the lighthouse in service, and more efficiently than before.

With regard to the buildings that are not in use, normally the homes of the former lighthouse keepers, it is vital to create initiatives that ensure their conservation, and in many cases their refurbishment.

Have any new lighthouses been built in Spain?

The last one was put into service at the end of 1999, the Torredembarra lighthouse, which is attached to the Tarragona Port Authority. However, in the Canary Islands there are some lighthouses still to be built, as a result of the last review of the coastal networks, and these have already been included, in one way or another, in the General Maritime Signalling Plan, 1985.

However, to answer your question, yes. Due to the expansion of the Port of Valencia, the Valencia lighthouse has been replaced by a new one, made of composite (composite resin), on the new breakwater, with an LED optical system and hybrid solar-wind power, designed to operate using clean energy.

What will the lighthouses of the future be like?

Understanding a lighthouse as a maritime light signal supplemented by the landmark represented by the tower during the day, I don’t believe that they will change much from the classic image, although glass lenses and incandescent lamps will no longer be used. The lighthouses of the future, and already in the present, will be supplemented with the broadcasting of electronic information, using, for example, Automatic Identification System (AIS) technology.

It is important to remember that lighthouses are technical installations designed to provide a service, which will use the technology available at any given time, and which the users are capable of “seeing”, either directly or with the help of instruments.

Many lighthouses are over one hundred years old, is modern technology compatible with their design?

Most are more than 150 years old. They date back to the first Maritime Signalling Plan of 1847, which marks its 170th anniversary this year. We just celebrated the 175th anniversary of the first session of the Spanish Lighthouse Commission (22 February 1842), which was created on 4 February of that year.

Their design is simple and that simplicity guarantees its validity. It involves placing a light at a certain height (depending on the height of the land) so that it can be seen by sailors from a distance of between 10-20 nautical miles. The tower is the support and the lantern is the glassed space that protects the lens system (lamp and lens). The new lamp technology does have to adapt to the requirements of large glass optics, but it is possible, and desirable, to maintain the existing optical elements and upgrade the lamp to the technology available. In most cases it is simple and inexpensive.

Are there still lighthouse keepers? What role do they play these days?

It’s not the case for lighthouse keepers, but there are lighthouses that are inhabited by a technician who is not exclusively dedicated to the maintenance of the lighthouse, but is also responsible for monitoring other aids to navigation in the vicinity, as well as inspecting third-party aids in the area. They are not civil servants; they belong to the staff of the port authority.

How will the commercialization of these spaces contribute to their conservation?

The existence of unused spaces creates two major problems: on the one hand, degradation in the harsh environment, and on the other, the risk of vandalism. Therefore, since it is not necessary for technicians to be present at all times in the lighthouses, the development of their supplementary uses is a successful alternative to conserve them through the vital renovations required to develop new uses.

What are the risks and advantages?

I think the advantages have already been discussed in the previous questions, in addition to the fact that opening these lighthouse spaces, which are currently closed, to society in general, would maintain their function and exterior architecture, as a reflection of their historical legacy, which, among other things, has to be conserved.

I don’t see any significant risks or at least any that cannot be managed with the proper measures. On the contrary, significant risks could occur if the unused spaces of the lighthouses are not used, since vandalism or degradation can leave them in ruins in no time at all, bearing in mind that the quality of the construction of the houses of the old lighthouse keepers is rather poor.

All the neighbouring countries have successfully developed similar initiatives to make use of the unused spaces of their lighthouses for tourism, as a strategy to conserve them. These include, among others, the United Kingdom (England and Scotland), Ireland, South Africa, Norway and, recently, Italy, with a new project that covers initiatives with more than 50 lighthouses.

How has Ineco’s inventory contributed? Has it revealed anything new?

The inventory done by Ineco, with the information provided by the port authorities, has meant, on the one hand, an update of the information of the unused spaces available in the lighthouses and, on the other hand, the uses that are being developed in those spaces, revealing, in some cases, that the information held by Puertos del Estado was not updated, either due to unreported uses (when it was not mandatory) or uses that were not ultimately implemented.

Previous Article A room with a view 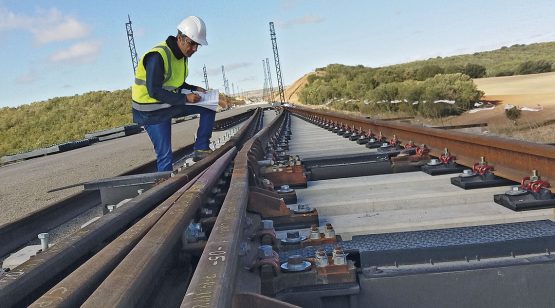