Keeping wildlife at bay at airports

The presence of animals in and around airports can cause serious conflicts with aircraft operations. To reduce this risk, since 2017, Ineco has been collaborating with Aena to implement measures in all of Spain’s airports in accordance with the guidelines of the Spanish Aviation Safety and Security Agency (AESA). This article describes some specific cases in which the company has participated in these efforts to make air safety compatible with conservation. 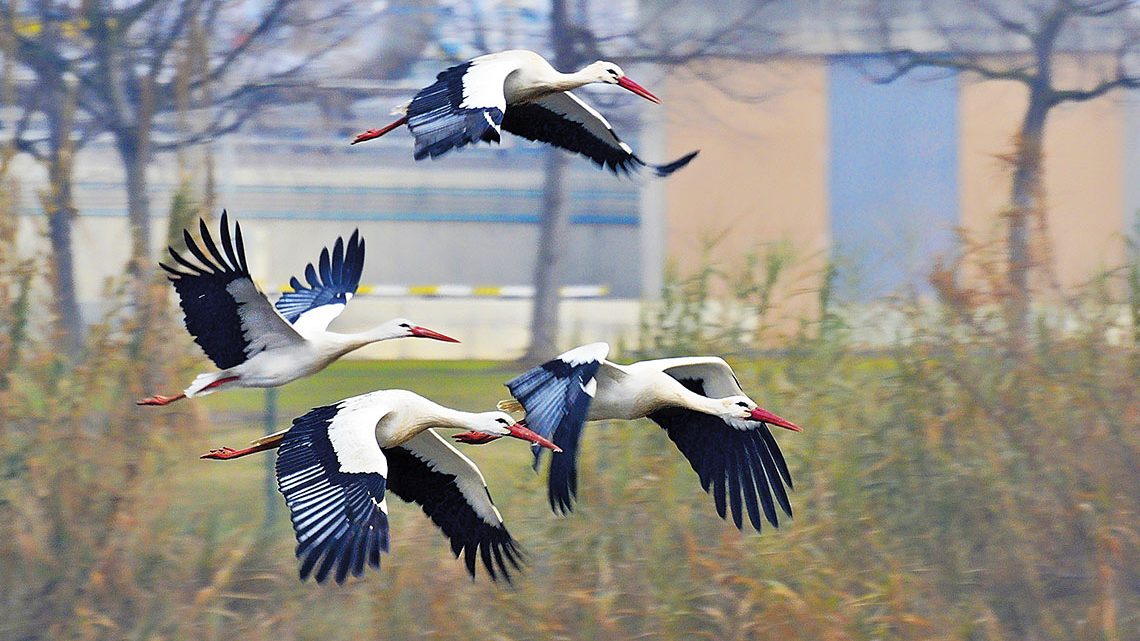 A white stork’s nest near Huesca-Pirineos Airport will be moved in order to prevent incidents with aircraft. / PHOTO_ MANUEL PORTERO (WIKIMEDIA COMMONS)

Focal points of wildlife attraction (water points, landfills, dovecotes, etc.), favourable habitat environments in airports and their adjacent areas, aspects related to bird migration or any other circumstances that encourage the presence and concentration of wildlife in and around airports must be properly managed to prevent conflicts with aircraft operations.

Aena, as an airport manager, implements measures at its aerodromes to monitor and control wildlife populations in order to reduce the risk of animal strikes. These are implemented in accordance with the regulations of technical guides produced by the Spanish Aviation Safety and Security Agency (AESA), in particular CERA-09-GUI-001 for the preparation of Airport Manual AUP-17-ITC-113 Preparation of wildlife and habitat studies in airport environments and CSA-14-IT-025-1.0 Special technical instruction for the drafting of airport wildlife strike risk studies. Ineco has produced information guides describing the most common birds for Aena’s staff at the airports of El Hierro and Jerez (pictured). / PHOTO_ MIKEBERT4 (FLICKR)

Airports and heliports, in turn, manage risks by implementing the guidelines in these guides, as established by Procedure 4.12 of the Airport Manual and in the respective wildlife control programmes. The scope of use includes aerodromes covered by Commission Regulation (EU) No 139/2014 of 12 February 2014, which establishes aerodrome requirements and administrative procedures in accordance with Regulation (EC) No 216/2008 of the Parliament and of the Council, and by Royal Decree 862/2009 of 14 May, which approves the technical standards for the design and operation of aerodromes for public use and the certification and verification regulation for airports and other aerodromes for public use.

In order to manage wildlife, it is necessary to implement methodologies that provide data for understanding basic population dynamics, habitat selection and movements within the airport

Within this context, since April 2017, Ineco has provided technical assistance to Aena for the implementation and monitoring of programmes that offer different alternatives for wildlife population management at airports. The company has also drafted training documents to help staff at certain airports to identify species and improve the reporting of sightings of birds that could interfere with air operations.

In order to manage wildlife populations, it is essential to implement methodologies that provide data for understanding basic population dynamics, habitat selection and wildlife movements, mainly of birds, within the airport. Ineco’s technical assistance includes the implementation of methodologies for the monitoring of wildlife based on basic parameters related to abundance, density, distribution, flows and sampling of focal points of attraction in order to assess their significance in terms of potential risk of collisions with aircraft. Census methodologies for birds and mammals are currently being designed in compliance with AESA’s instructions. The idea is to carry out repeatable and comparable standardised samplings over time to enable analysis of the evolution of animal populations and determination of wildlife flows/movements that could affect operations.

Since 2017, Ineco has been providing technical assistance to Aena to implement and monitor programmes that offer different alternatives for wildlife population management at airports

The target animal groups are diverse and their significance varies depending on the airport, but they are essentially birds and mammals. Mammals may pose a risk to operations as in the case of ungulates (roe deer and wild boar) or may cause strikes because they themselves constitute focal points of attraction by representing a food source for other animals such as birds of prey. This is the case with lagomorphs –small herbivorous mammals such as hares and rabbits– a group on which work is being carried out to develop methods of monitoring and control in places with this type of problem, through standardised censuses and population control protocols.

To a large extent, control of wildlife at airports involves adequate habitat management. Airport habitats should be as unattractive as possible to wildlife. It is important to identify elements that attract wildlife, such as plant species that encourage nesting, feeding and shelter, the presence of roosting spaces, puddles etc. Different technical notes have also been developed regarding the application of new vegetation cover using hydroseeding or, for example, responses to airports about the suitability of the implementation of certain vegetation cover in the airport environment, analysing its suitability and proposing alternative crops that are less attractive because of reduced palatability or method of cultivation.

The presence of nests of certain species in airport environments can pose a significant risk to airport operations, either by the birds being run over, struck or sucked into aircraft engines.

In the specific case of Huesca-Pirineos Airport, the presence of a white stork’s nest in the municipality of Alcalá del Obispo could have interfered with airport operations, so the airport applied for a permit through the Aragonese Institute of Environmental Management (INAGA) to remove it and implement deterrents and corrective measures. Three types of actions were carried out in compliance with the resolution issued by the INAGA:

In order to improve the reporting of sightings and incidents at airports such as El Hierro and Jerez, a number of guides have been produced describing the most common birds that pose a risk due to their size and weight. The aim is to train airport staff to better identify these species, particularly birds, on the air side of the airport.

In the case of El Hierro Airport, located on the coast of the island of El Hierro in the Canary Islands, there is a notable presence of seabirds, as well as other species associated with aquatic and grassland environments. The guide lists the 16 most relevant birds in regard to aviation safety, and includes their movement patterns, distinguishing features for identification, conservation status and the periods of the year in which they can be observed.

Jerez International Airport, which handled one million passengers in 2017, an increase of 14.1%, has had a wildlife control service for a number of years. It uses various methods for deterring, capturing and repelling wildlife. The guide is used to train students at the Jerez Pilot School to enable them to identify which wildlife poses a risk and to report bird sightings. The guide lists the 15 most relevant bird species with respect to aviation safety, and includes instructions for correct identification, information about flows/movements within the airport and details on the focal points of attraction identified in the environment.

To develop wildlife risk management programmes, Aena requires the support of qualified staff with knowledge of the basic principles of wildlife management (habitat management, focal points of attraction, identification of species that pose a risk in the area, risk reduction or mitigation measures, etc.). To help in their training, Aena is preparing an online course to be given to staff involved in the operation, maintenance and management of its airports.

The course will provide basic and specific wildlife control training for staff in compliance with Commission Regulation (EU) No 139/2014 of 12 February 2014 laying down requirements and administrative procedures related to aerodromes pursuant to Regulation (EC) No 216/2008 of the European Parliament and of the Council. The content of the course will be tailored to the requirements of Technical Instruction CSA-16-ITC-110 Wildlife Control (Training and competence testing programme) and GM3 ADR.OPS.B.020 Wildlife Control Training.

Monitoring and management of lagomorph populations

The presence of lagomorphs can cause various problems, from damage to infrastructure due to burrow digging to broken wiring or creating foreign object damage (FOD) due to animals being run over by vehicles or aircraft taxiing on the runway. These prey species can also themselves be a focal point of attraction for predatory species that pose a risk to operations, such as birds of prey. Standardised methodologies are currently being developed to monitor lagomorph populations where this wildlife group is identified as the protagonist of risk, and management plans are being implemented to adapt to the population dynamics of these species in order to reduce their density on the air side of airports. Other proposals include the capture of animals during periods of the year in which successful reproduction decreases, with the ultimate goal of causing a negative population trend; management of crops in airports that require it to reduce habitat suitability; management of burrows by ploughing; and new methods of capture when needed. 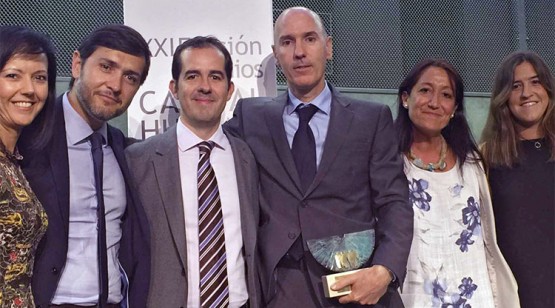