The historic Farley Building, in the heart of Manhattan, is being transformed into a new railway transfer station called the Moynihan Train Hall, which will relieve the congested Penn Station, the busiest for passenger traffic in all of the US. Ineco is providing operational readiness and transfer (ORAT) services to the engineering firm WSP USA, which is responsible for overall project management for the end client Empire State Development Corporation (ESD). 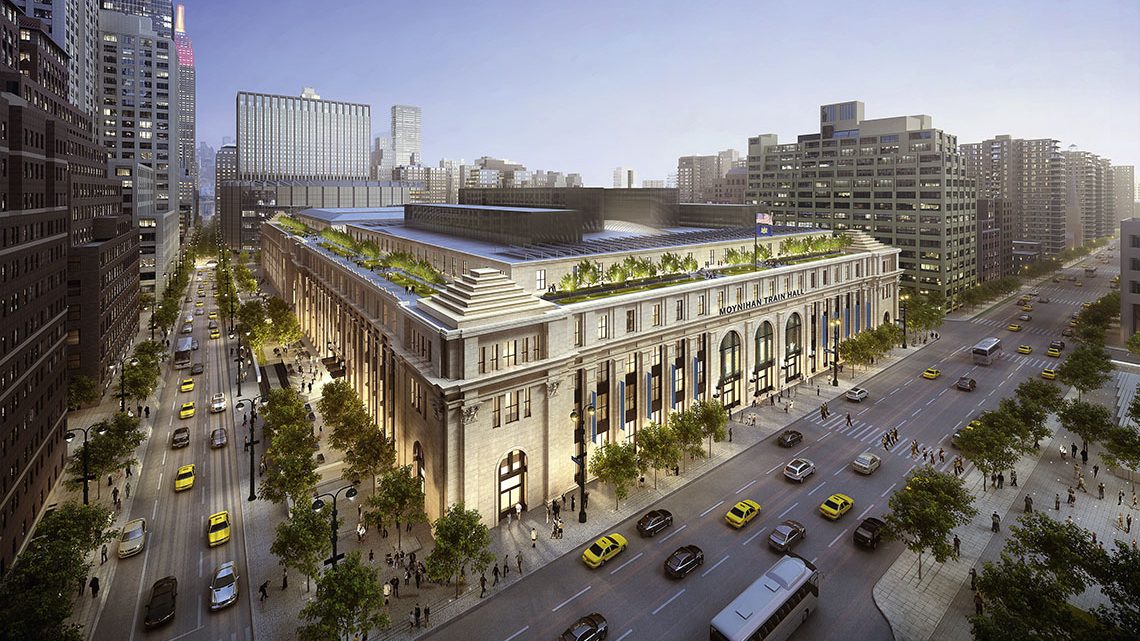 MOYNIHAN TRAIN HALL. The Moynihan Train Hall project, named in honour of the senator who promoted it three decades ago, will serve two operators: Amtrak, with 16 medium and long-distance lines, and LIRR, with 10 commuter lines. / IMAGE_SOM | AT CHAIN

Each year, New York’s Penn Station handles more passengers than the JFK, Newark and LaGuardia Airports put together. With more than 650,000 users a day and connections to subway, bus lines and taxis, it is the busiest railway station in the US. As a result, it suffers from severe congestion, which greatly affects the comfort and welfare of users, since the space available and facilities were not designed for such a large volume of travellers. In addition, in 1963, much of the original station was demolished to build Madison Square Garden. Since then, the number of passengers has tripled.

The Moynihan is slated to go into operation at the beginning  of 2021, making it a highly complex challenge

After years of projects and negotiations, the State of New York, through the public entity Empire State Development Corporation (ESD) finally reached an agreement with a private investment trust and concessionaire (Related-Vornado) to convert the Farley Post Office into a modern railway station in the centre of Manhattan. The railway complex is completed by the Farley Building, a spectacular construction that occupies two blocks –32,000 m2– completed in 1913, which until now housed New York’s main post office, located opposite Penn Station.

The Moynihan Train Hall project, named in honour of the senator who promoted it three decades ago, will service two operators: Amtrak, with 16 medium and long-distance lines, and Long Island Rail Road (LIRR), with 10 commuter lines. In the interim, work is being carried out in the current station (new access routes, renovation of the traveller information system, etc.) to alleviate saturation and improve quality of service while the new transfer station is being built.

Moynihan is slated to go into operation at the beginning of 2021, making it a highly complex challenge. WSP USA, acting as programme manager (overall project supervisor) for Empire State Development (ESD), selected Ineco’s proposal to provide operational readiness and transfer (ORAT) services for the new facilities in September 2018.

A month later, the company began work to ensure that everything would be ready for the opening. While the works are being executed, the interventions of a long list of participants must be coordinated: owners, contractors, architects, tenants, private investors and numerous municipal, state and federal authorities.

Ineco’s work includes planning the entire process of putting the Moynihan Train Hall into operation and opening it to the public. This will take 30 months and includes coordination of the different work groups, planning and execution of operational trials, designing and carrying out familiarisation and orientation of the personnel of the different project participants and completion of the process with operational transfer and opening. To achieve all of this, Ineco will be applying the ORAT methodology that it has developed and refined over the years and which has demonstrated its effectiveness.

A CENTURY-OLD STATION FOR THE 21ST CENTURY

The James A. Farley Building, one of the city’s most iconic buildings, was designed by the same architects as original Penn Station (McKim, Mead and White) and declared a New York historical landmark in 1966.

The project includes 11 escalators and 7 elevators that will serve  9 platforms and 17 tracks. On the upper levels, the large central space, the former mail-sorting room, will be covered by a new 23,690 square meter steel and glass skylight, reaching a height of 28 meters. Ticket offices, waiting rooms, luggage handling areas and commercial spaces and restaurant services will be installed in this naturally-lit space. The building will also house areas for freight and will also have a space reserved for the United States Postal Service. The new station will be equipped with state-of-the-art sign and information systems for travellers.

The redevelopment will respect the building’s historical elements, such as the spectacular staircase and the façade featuring 20 huge Corinthian columns and famous frieze dedicated to the Postal Service, where an inscription by the Greek historian Herodotus reads: “Neither snow, nor rain, nor heat, nor gloom of night stays these couriers from the swift completion of their appointed rounds.” The building’s windows and interior decorative elements, such as mouldings and terracotta tiles, will also be preserved.

The company boasts two decades of experience in the implementation of large transport infrastructures in Spain, both in airports (more than 20, including Madrid, Barcelona, Alicante and Malaga) and in thirty railway stations (including the largest in the country, Atocha and Sants). Outside Spain, since 2014, Ineco has been working with Aena Internacional to put Abu Dhabi Airport’s new terminal, the Midfield Terminal Complex, with capacity for more than 30 million passengers, into service.

In 2017, Ineco worked for the first time in the US, collaborating with the company Arcadis to define the project scope for the operational readiness and transfer of Newark Liberty International Airport’s new terminal in New Jersey for the Port Authority of New York. The new terminal, which is at an advanced stage of construction, will replace ‘Terminal A,’ which opened in 1973 and is the oldest of the airport’s three terminals. 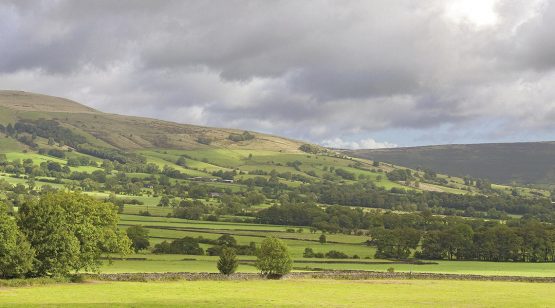