With the new Commuter station at Mirasierra, located between the Pitis and Ramón y Cajal stations, residents of Fuencarral–El Pardo will have an integrated service on line 9 of the Madrid Metro. Ineco collaborated in its design and construction.

GARDENS. Around the station there are paved and garden areas and a children’s playground, as well as pedestrian walkways between Montecarmelo and Mirasierra.

This simple and comfortable infrastructure brings residents of the district of Mirasierra in Madrid closer to the city centre in a matter of minutes. The new facility makes use of the Commuter line passing between Pitis and Ramón y Cajal stations, such that the station –with estimated traffic of almost 10,000 passengers– will be connected to Commuter lines C-7 and C-8. The area around the station comprises a series of residential buildings, green areas and sports facilities. The halt will service the district of Fuencarral-El Pardo with over 220,000 inhabitants and will improve links with the southeast thanks to its connection with line 9 of the metro.

The spaces between the Metro and the Commuter train areas are connected via a main lobby that is the main entrance or exit to the station. On the upper floor there is a waiting room for passengers. The floor underneath the railway lines contains a hall with access control, a customer service office, public toilets, platform access by stairs and escalator, and lifts, as well as rooms for cleaning services. In the station itself, Renfe and Adif also have several rooms for their facilities.

The station has two new passenger buildings on both sides of the platform, connected by an inner walkway. It also has special facilities including the execution of a new processing plant.

The platforms are 210 metres long and five metres wide with ramps at the end. A marquee is placed on each platform using pieces covering a total length of 84 metres.

Around the station there are paved and garden areas and a children’s playground, as well as pedestrian walkways between Montecarmelo and Mirasierra.

The station has a limited use access for maintenance and emergency vehicles on the southern road in the Montecarmelo district, and a pedestrian access, also on the Montecarmelo side, with stairs and a ramp, complying with accessibility standards.

Next post All about BIM… your imagination’s the limit 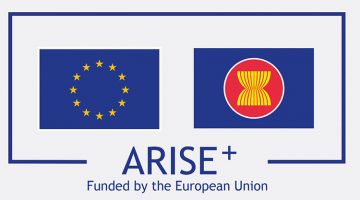