More freight trains for the port of Castellón

The new southern access to the port of Castellón will modernise and increase rail freight traffic and connect the port to the Mediterranean Corridor. The project is designed by Ineco and will replace the northern access that runs through the city centre in precarious conditions with 19 level crossings. 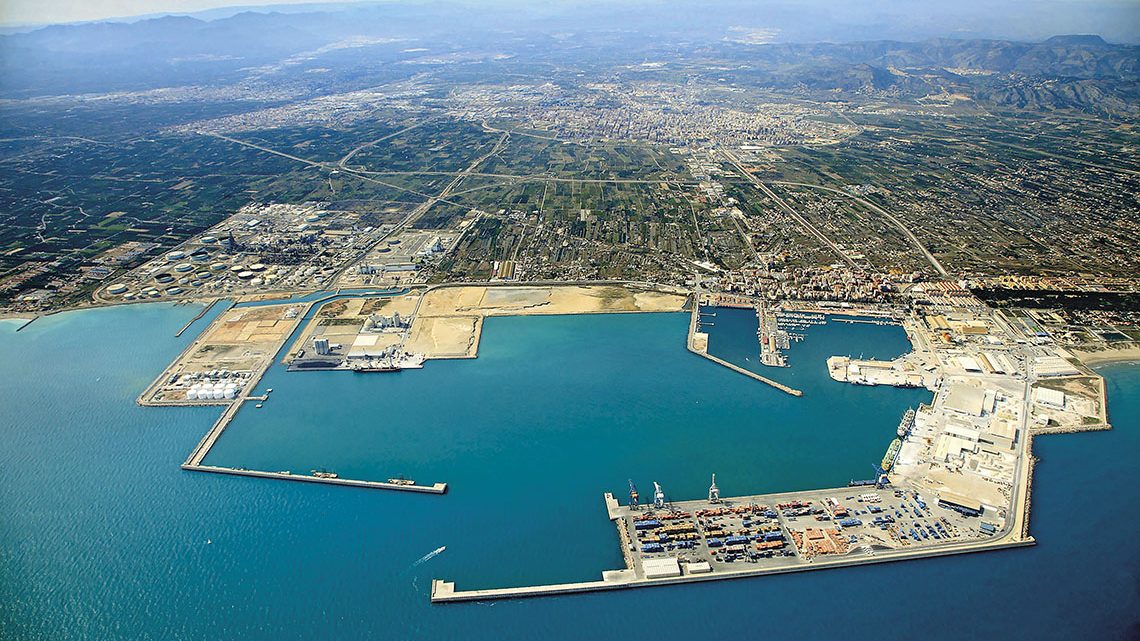 SOUTH BASIN. The expansion and consequent increase in freight traffic at the south basin led to the decision to promote a new railway access through this area. / PHOTO_PORTCASTELLÓ

With a single-track and mixed type branch line, mostly electrified, the new 8.3-kilometre long southern railway access is part of the activities performed by MITMA (Ministry of Transport, Mobility and Urban Agenda) to promote rail freight transport in Spain. Until now, the port facilities and railway network had been connected by a non-electrified single-track branch, which starts at the Las Palmas stop, north of Castellón station. This 6.8-kilometre branch runs through urban areas and has 19 level crossings, reducing its operational effectiveness.

Ineco’s project aims to connect the port of Castellón to the El Serrallo industrial estate and to the Mediterranean Corridor. Three types of track are used: on ballast in land sections; embedded slab track in the tunnel section between walls and in the pergola area under CV-183; and interlaced track in the inside the port.

The new railway access addresses the increase in freight traffic caused by the expansion of the south basin. The port of Castellón is located in one of the region’s economic activity

The port of Castellón is located in the Grao de Castellón area, approximately four kilometres from the city centre. The expansion and consequent increase in freight traffic in the south basin led to the decision to develop a new railway access through this area.

The Port Authority awarded Ineco the drafting of the project to develop this infrastructure, which is vital for the port’s competitiveness and growth. The company had previously drawn up the projects for the inland network (phase one of the south basin rail network and connecting rail bridge between the south and north basins). 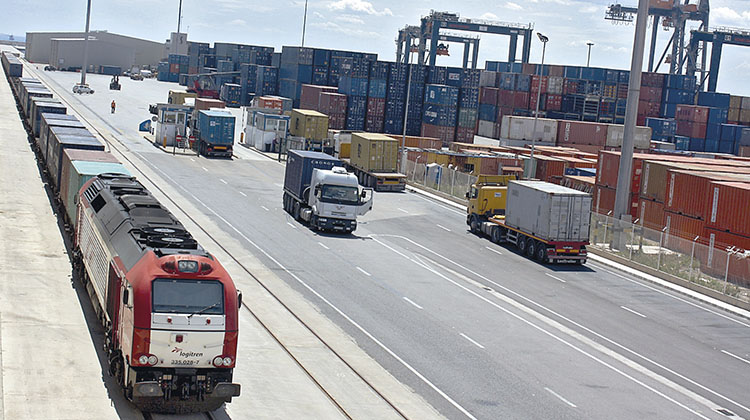 The port of Castellón represents about 5% of the freight traffic of all mainland ports in Spain. / PHOTO_PORTCASTELLÓ

The project includes the construction of a new electrical traction substation to meet the operational needs of the new rail access. It will be housed in a prefabricated building with concrete panels and will supply power for traction, signalling and communications.

In addition to the construction of the new single-track railway platform, the assembly of the superstructure and catenary, and the new substation, the project also includes other associated works such as: the construction of underpasses and overpasses, drainage works, replacement of easements, building demolitions, civil protection facilities and quality controls.

The work is accompanied by a series of activities relating to noise pollution in the project completion and operating phases. These measures include carrying out an annual measurement study during the first three years, as well as an acoustic and vibration study and the installation of noise barriers in various sections. 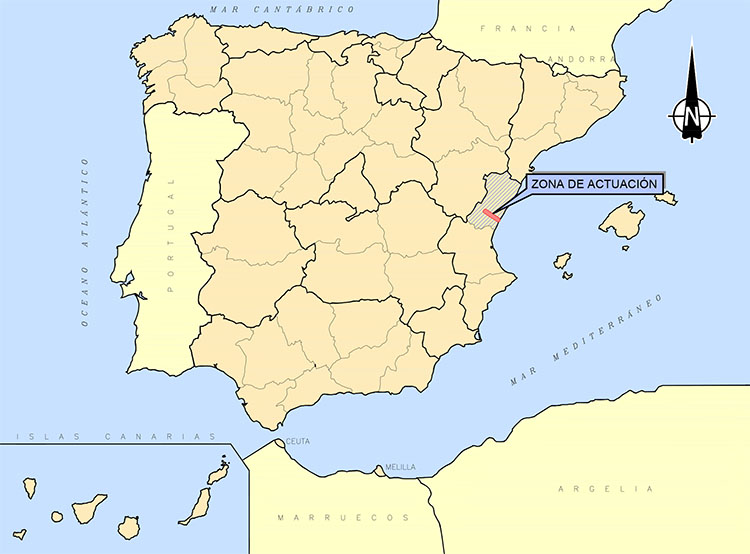 Map showing the location of the port and area of operation.

The port of Castellón

The port of Castellón is located in a very busy area of the region and is one of the drivers of economic growth and employment in the city. It is the ninth largest of Spain’s 46 general-use ports and fourth in terms of solid bulk. In recent years the port of Castellón has improved its infrastructure by modernising machinery and different facilities at the quays. Beside the port is the El Serrallo industrial estate, with large companies from the petrochemical and energy sectors, and one of the largest industrial centres in the Valencia Region.

In Spain, the Iberian gauge, measuring 1,668mm, is the most widespread. This has historically been incompatible with other European networks, which use the international gauge of 1,435mm. Although the decision to implement the Iberian gauge is believed to have been to provide protection against a possible French invasion, this difference actually stems from a study conducted in 1844. This study stated that complex Spanish geography needed wider tracks so that the trains could cross the valleys and mountains of the entire peninsula without complications.

Most Spanish tracks still use the Iberian gauge, except for the AVE high-speed lines, adapted to European standards; the Mediterranean Corridor is being adapted to allow international gauge traffic.

The Mediterranean Corridor, a key for tourism

The Mediterranean Corridor is a double high-speed railway line that runs from the French border to Algeciras and connects cities like Barcelona, Valencia, Alicante, Murcia and Malaga, as well as  the rest of Europe. This infrastructure is one of the most important railway axes in Spain and will allow people to reach their destinations faster by reducing travel times by almost half, which represents a boost to the economy, tourism and employment. Its link to the Trans-European Transport Network will enable it to connect the continent from north to south in order to make railway more competitive compared to other means of transport.

Ineco’s projects cover the actions for the development of the new southern branch to the port of Castellón, and include the platform and superstructure of a single 8,295-metre long general track and five interoperable mixed-gauge switches, with a total of 6,230 metres of electrified track, and one electric substation. In addition, four underpasses, two overpasses, a cut-and-cover tunnel between walls, a pergola and two structures on the Barranco de Fraga channel to support a bypass, and a railway viaduct will also be built.

Previous Article A new life in Nairobi for Mallorca’s trains 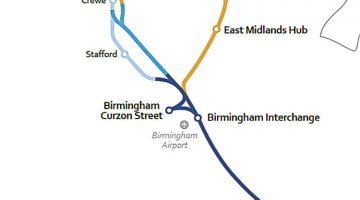 HS2, the ‘backbone’ of the new UK transport network