The high-speed section that connects Chamartín station in the north of Madrid (in the photo) to Torrejón de Velasco, 36 kilometres south of the city, will open in 2018. 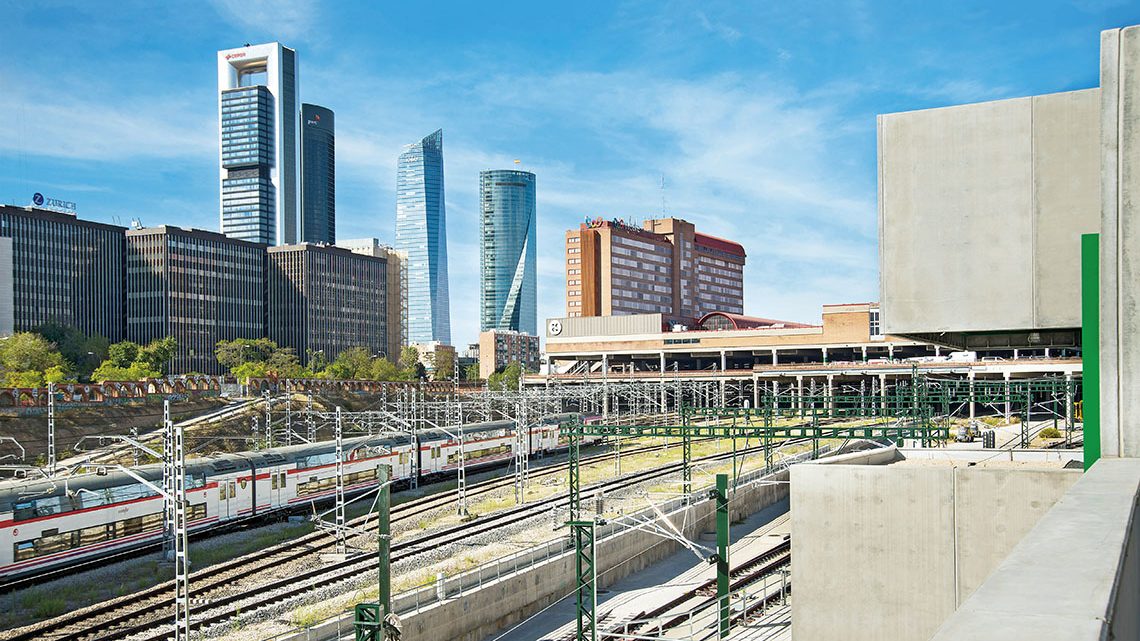 This project, approved by the Ministry of Public Works in March 2015, is very important for Spain’s rail network. When completed, the high-speed lines of the north, south and south east of the Iberian Peninsula will be connected by a 6.8 kilometre-long tunnel (7.7 kilometres including the tunnel bypass). The use of the international track gauge on the line will shorten travel times by 30 minutes by precluding the need for trains to pass through gauge changers. When the future Atocha through-station is built, Madrid’s two high-speed stations will be connected.

The quadrupling of the track will increase the capacity of the railway infrastructure between Puerta de Atocha station and Torrejón de Velasco, where trains are diverted to the east or south of the Iberian Peninsula. The commissioning of these two new sections, in addition to the two existing ones, will alleviate the congestion on the saturated access lines to Atocha and speed up and facilitate greater density of rail traffic, thereby benefiting the Levante and Andalusia high-speed corridors, as well as removing the need for the existing north-south routes (such as A Coruña-Alicante, Alicante-Gijón, Alicante-Santander, etc.) to pass through several gauge changers.

Track diagram of the new HSL Centre between Atocha and Chamartín (temporary and future arrangement).

The work that the company Adif Alta Velocidad is currently completing includes track assembly, electrification and installation of safety and communications equipment, activities on which Ineco is collaborating by providing consulting services and technical assistance work for monitoring and supervision.

In terms of track assembly, the stretch is divided into two sub-sections: Chamartín-Atocha (8.21 kilometres), which consists entirely of slab track except for a small section on ballast in the transition area from double track to single track at the fork leading to the future through-station and provisional tunnel, and Atocha-Torrejón de Velasco (27.65 kilometres), where the track has been installed on ballast. The project also includes work on Chamartín station, where a railway yard with the UIC international gauge has been built at its southern end.

Regarding the connection of the Southern and Levante high-speed lines at Torrejón de Velasco, two parking tracks, each about 200 metres long, had to be adapted to high-speed line parameters.

THE DEEP TUNNEL THAT PASSES UNDER THE CAPITAL

The tunnel between the Madrid-Puerta de Atocha and Madrid-Chamartín stations is an essential infrastructure for the development of an international-gauge network in Spain, as it allows the interconnection of the high-speed lines that pass through Madrid, facilitating the interoperability of high-speed trains. According to Adif, the tunnel, whose boring was completed on 11 February 2011, improves the operating model of the two Madrid stations converting them from a terminal configuration to through-stations. Commissioning of the tunnel will also facilitate high-speed train access to the Fuencarral railway workshops (in Chamartín) and Cerro Negro workshops (next to Atocha) for maintenance. Once the Atocha through-station is built, Madrid will have the luxury of having its high-speed stations connected, a situation that is still pending in other major European cities. Operators will be able to choose between Chamartín or Atocha stations for their high-speed train arrivals and departures to and from the capital.

With a length of 6.8 kilometres, the tunnel, whose boring began in 2010, runs under the city’s main arteries and emblematic monuments and buildings such as the Puerta de Alcalá and the Archaeological Museum. Equipped with some of the most modern railway technology available  in terms of safety and protection systems, it boasts a slab track with embedded rail, rigid overhead catenary, nine emergency exits and signalling and communication systems with a high level of safety. From the very start, Ineco participated by providing Adif with project and environmental management, geotechnical consulting, building inspection and acoustic monitoring services. Ineco was later responsible for technical assistance on track assembly, electrification and signalling.

Constructed at a depth of about 40 metres, the tunnel features nine emergency exits, one per kilometre: three along Serrano and the others at Atocha, Calle Espalter, Plaza de la República Argentina and Calle Hiedra, Calle Alberto Alcocer and Calle Concha Espina. In the image, the emergency exit leading to Calle Espalter.

The building has fibre-reinforced concrete panels and a tubular steel substructure, instead of the usual concrete walls, making it possible to optimize the installation of the façade insulation. The technical building at Chamartín station on the Madrid-Chamartín-Torrejón de Velasco section has two floors to house equipment for services (power, batteries, telecommunications and signalling) as well as offices, storage areas, access roads and a platform for loading and unloading. The Siemens-Thales Joint Venture constructed the building from a project drafted by Ineco, which also provided site management with technical assistance.

In spite of the industrial nature of this type of technical building, an appearance that fit better with the urban environment was sought and achieved thanks to the choice of prefabricated GRC concrete panels (fibre-reinforced concrete), which required minimal thickness, with stiffness provided by the tubular steel substructure. The space gained was used to install the insulation, which is continuous across the façade, minimising the number of thermal bridges. This prefabricated panel system makes it possible to have many different tones, textures and designs. These details make these walls different from typical concrete infrastructure walls and make them resemble prefabricated architectural finishes used in urban construction.

The commissioning of the section of high-speed line between Madrid-Puerta de Atocha station and Torrejón de Velasco, slated for 2018, required the inspection of 34 new structures with a total length of 3.1 kilometres, a job carried out by Ineco for Adif.

Last summer, Ineco began carrying out load tests and inspections on all of the structures of the section between Atocha and Torrejón de Velasco of the new Levante rail access, which passes through the southern part of Madrid and the towns of Villaverde, Getafe, Pinto and Torrejón de Velasco. In total, the new tracks have 34 structures and more than 2.5 kilometres of viaducts. The work to be carried out on bridges, pergolas and viaducts in this type of contract includes full verification of the condition of the structures, consisting of formulating inventories, preliminary inspections, bridge instrumentation, carrying out load tests, as well as calculating the bridge behaviour during testing, and ending with the main inspection of each structure and completion of A1 (communication of inspections to the register of railway bridge inspections) and A2 (load test report) procedures. All of this is collected and published in the final load-test report. This ensures compliance with the mandatory Instruction on Railway Bridge Technical Inspections (ITPF-05), which regulates both inspections and load tests carried out on newly constructed bridges, as is the case, and even on service bridges.

Its most significant infrastructure –in addition to the Chamartín-Atocha tunnel mentioned above– include the provisional tunnel under Atocha station, 879 metres long and consisting of single track, the Perales cut-and-cover tunnel (390 m), and the viaducts over Calle Comercio and the C-5 commuter rail line (127 m), the Abroñigal viaduct (149 m), the Santa Catalina viaduct (429 m over the M-40, and a total of 649 m), the 1.1 viaduct over the Madrid-Levante HSL, Seville branch (1,079 m) and the pergola over the Madrid-Seville HSL (93 m).

Of the 34 new structures, three unique viaducts stand out for their location, design and construction process: 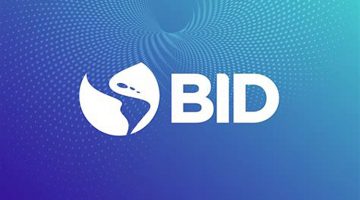