On the shores of the Caribbean

Ineco celebrates a decade working for Jamaica’s main tourist airport, located in Montego Bay: most recently, on a redesign of the check-in area inspired by the natural environment –the airport is located by the sea– and supervision of airfield works. A decade in which passenger traffic has continued to grow, reaching almost four million in 2017. 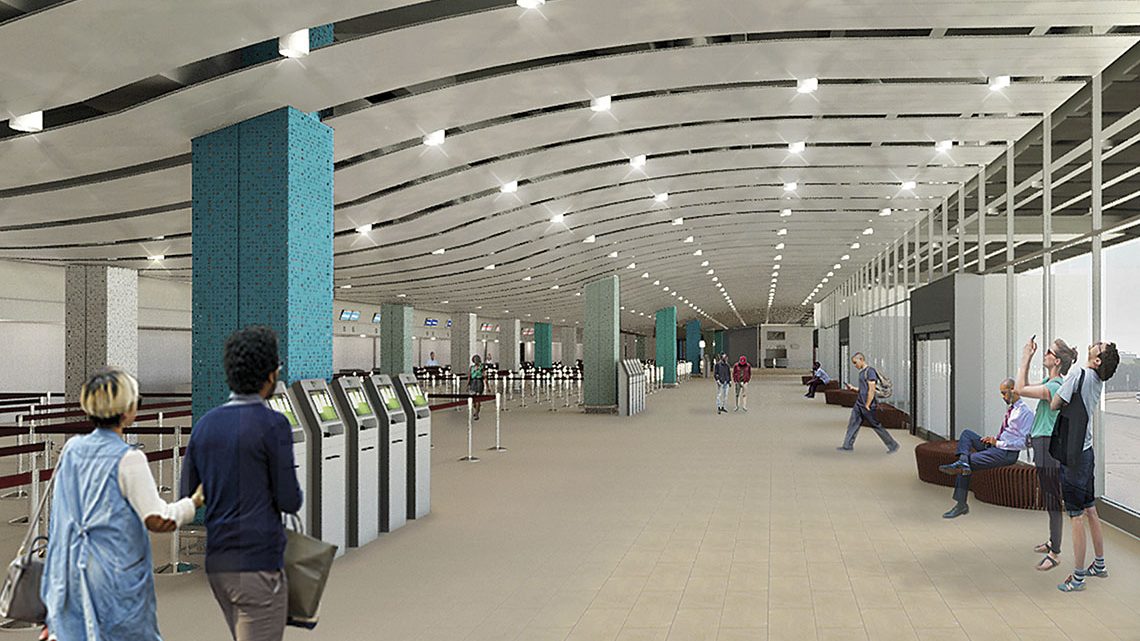 In December 2008, the initial meeting was held to launch the first Master Plan 2008-2028 for Sir Donald Sangster International Airport in Montego Bay, Jamaica’s second largest city in terms of population and the tourist capital of the country. It was Ineco’s first job, completed in 2009, at an airport that receives more and more visitors every year, almost four million in 2017.

The growth of the airport in recent years has required various expansion and modernisation projects implemented by its operator, the company MBJ Airports, which was granted a 30-year concession by the Jamaican government in 2003. Over the course of these ten years, Ineco has collaborated with MBJ not only by producing the Master Plan, which it updated in 2015, but also by providing various specialized engineering and consulting services for both land and airside facilities.

The company is currently overseeing resurfacing work on the airport’s taxiways, which is being carried out in stages so as not to disrupt operations. Although other improvements were made previously to the runway, also under Ineco’s guidance, (see the box at the end of the article), this is the first time that Sangster International Airport has undergone a project of such magnitude, with work also being carried out during the day. The new check-in hall has a striking suspended ceiling made from vertical mineral-fibre slats arranged in a pattern of zigzag lines.

This required careful planning and maximum attention to operational safety, and Ineco, in collaboration with the operator, was responsible for providing the contractor’s personnel with specific training before the work started in 2017. Ineco also advised MBJ Airports on the design of the public tender for the works, which are expected to be completed by the end of 2018.

On the landside, the check-in area, which covers some 5,000 m2 and boasts 100 counters, will also be modernised thanks to an Ineco design and architecture project. The design is inspired by the natural environment of the island, which attracts holidaymakers –mainly from the US and Canada, but also from the rest of the world–  who come for its beautiful beaches, the warmth of its tropical climate and its lush natural surroundings. Diving is one of the most popular tourist activities, and the airport space has been designed to convey the seabed and coral reefs. The new design uses modern and sustainable materials to refurbish an area that shows signs of intensive use and the passage of time. RESURFACING WORK. Ineco is supervising the overlaying work on the runway’s taxiways, which is being carried out at night to avoid disrupting operations.

The floor will be covered with large rectangular tiles made of a special porcelain stoneware for high traffic, with a polished sand-coloured finish. The existing check-in hall has different heights and irregular planes that need to be made more uniform in the design, so two suspended ceiling solutions were chosen to fulfil this purpose, and, at the same time, differentiate the various areas: a suspended metal ceiling consisting of corrugated aluminium panels that evoke ocean waves in the check-in area, and another suspended ceiling consisting of vertical mineral-fibre slats arranged in a pattern of zigzag lines, which highlights the access routes to the domestic flight area and security controls. These materials form a lightweight and sturdy suspended ceiling that covers and adapts to the existing height differences, and leaves room for the installation of an efficient and completely renovated LED lighting system and upgraded HVAC.

As different building services elements (fire protection, HVAC, electricity, etc.) cluttered certain walls and columns, a die-cut sheet metal wall covering solution in three shades of blue was selected, evoking the bubbles and the tones of the Caribbean Sea. The Ineco project also includes a complete refurbishment of the toilets on the landside, with improved accessibility and equipment. It should be noted that the use of BIM tools has played a vital role in the client’s decisions to select the materials, colours and designs from among the different alternatives. The existing check-in hall has different heights and irregular planes that needed to be made more uniform. The new design uses modern, sustainable materials to refurbish this area, which has started to show the signs of intensive use and the passage of time.

Ten years of Ineco in Jamaica

Air transport is doubly important for Jamaica, as it is for all islands, especially since tourism is its main industry. According to the World Travel and Tourism Council (WTTC), in 2017, it contributed a total of more than 30% of the national GDP, in addition to generating 318,500 jobs (direct and indirect).

Residents and business travellers mainly use the airport in the capital, Kingston, which also manages 70% of the country’s air cargo, while Sangster International Airport mostly receives tourist traffic. The work carried out by Ineco since 2008 includes planning, support for the development of tenders, site supervision and management, and project drafting. 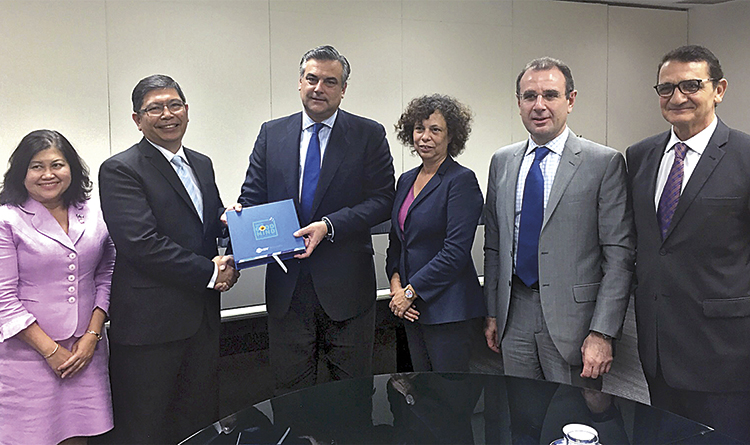