Malaysia wants to modernise its railways to make them the main public transport option for its citizens. To do this, a consortium consisting of Ineco, Adif and two Malaysian companies has designed a new open-access model for railway transport in which ownership and management of the infrastructure are unbundled from operation, allowing new private operators to enter. 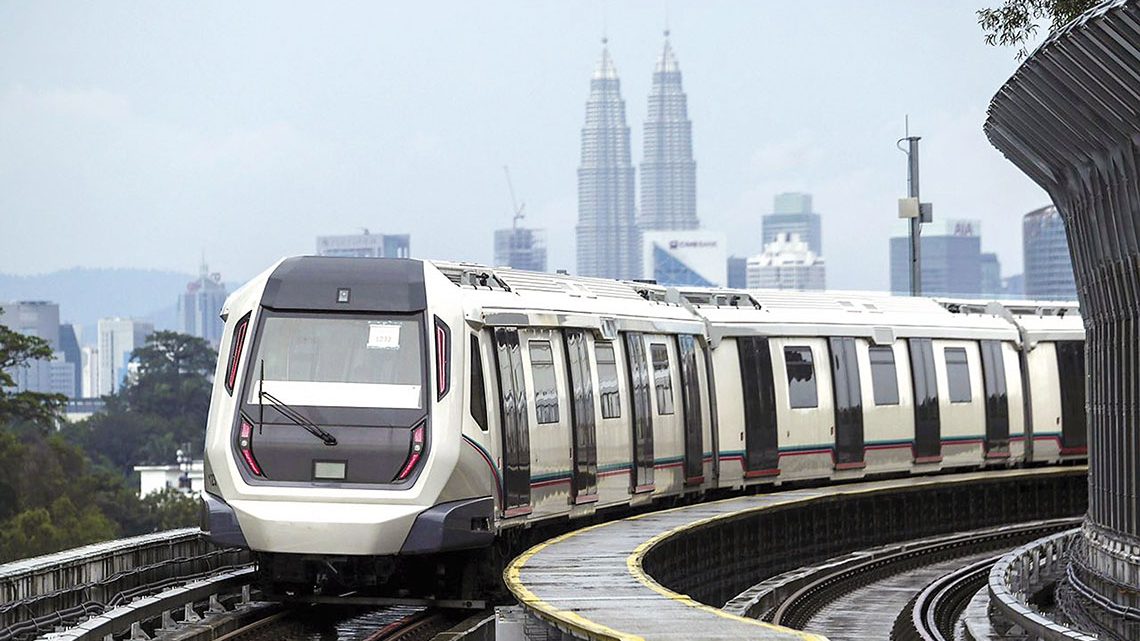 MALAYSIA.The metro passing through Semantan station in the centre of Kuala Lumpur. In the background, the Petronas Towers. / PHOTO_SIRAP BANDUNG

Malaysia, situated in the centre of Southeast Asia, one of the world’s most dynamic regions, divides its territory between the Malay Peninsula, where its capital Kuala Lumpur is located, and the less populated island of Borneo in the north. The country, which has opted for a free market economy with intensive use of technology and capital, is in the middle of the ranking in terms of global development and aspires to advance further in the coming years by diversifying its economy –its services sector now represents more than 55% of its GDP– and investing heavily in infrastructure, especially in transport. The goal is to expand and improve its road and rail networks with projects such as the Pan Borneo highway, new metro lines in Kuala Lumpur and a high-speed rail link to Singapore, among other projects.

The rail network, including urban, commuter and long distance, is essential for the transportation of people and freight in this country of 32 million inhabitants with a high population density –97 inhabitants per km2– especially concentrated in the metropolitan and surrounding areas of the capital. Because of this, the government has implemented plans to promote the use of public transport, proposing, along with the heavy investments in infrastructure, the application of a new open-access model of rail transport operation, to replace the current ‘vertical integration.’ The open-access model in rail transport, through different governance schemes, is currently being applied in the European Union and other countries around the world. The model is based separating ownership and management of the railway infrastructure from operation, allowing different operators that comply with the established regulations to provide these services, thereby increasing competition and efficiency of the service. The model also includes the creation of a sole infrastructure authority and rail transport regulator which defines the technical and economic conditions for the granting of licences (as infrastructure managers or operators), establishes a system of incentives and penalties for operators and is responsible for safety certification. The monorail runs for some 9 km in the centre of Kuala Lumpur. It has 11 stations and approximately 68,000 users per day.

Ineco, in consortium with the Spanish railway infrastructure manager Adif and the Malaysian companies HSS Integrated and Wong & Partners (Baker & McKenzie International), has drafted a project for implementing the open-access framework in Malaysia’s railways for SPAD (Land Public Transport Commission). Ineco has been providing expert advice to the Spanish government for many decades in connection with the reform of the rail sector after Spain joined the European Union in 1986. In Spain, the separation of railway infrastructure management and operation took place in 1995 with the creation of Adif and Renfe Operadora, as a result of the entry into force of the Railways Act, which Ineco helped the Ministry to draft.  Internationally, in 2014, the company prepared a project to implement an open-access model for Brazil’s railways.

The project for Malaysia’s railways involved an analysis of the organisational, technical and economic/financial aspects, and contains recommendations for overhauling the complex legislative and institutional framework of the country’s rail sector. Rail transport responsibilities in Malaysia are currently divided among several bodies and entities under three different ministries. In 2010, with the entry into force of a new Land Public Transport Act, a new body, SPAD, was created under the auspices of the Prime Minister’s Department to improve coordination and promote the use of public transport. SPAD (Suruhanjaya Pengangkutan Awam Darat, in Malaysian, Land Public Transport Commission) took over the planning and regulation of the railways (and some bus lines, such as route concessions). At the same time, the public enterprise KTMB, under the Ministry of Finance, is the operator of the peninsular suburban, interurban and freight line network, while infrastructure development is the responsibility of the Ministry of Transport through RAC (Railway Assets Corporation). In terms of light rail and metro, the public corporation Prasarana is both owner and operator of the Light Rapid Transit (LRT), Mass Rapid Transit (MRT) and Kuala Lumpur monorail systems, as well as operator of bus lines in three other cities in the country. Against this backdrop, the proposed open-access model will be applied to the operation of the current KTMB network, with the exception of suburban services. Prasarana’s metropolitan network will however be excluded from the new plan (the sole operator would remain and two licences would be granted: operator and manager), as will two public-private partnership (PPP) concession and association projects that are currently underway in the country: the future Malasia-Singapore high-speed line (for which Ineco conducted a demand study in 2014, also for SPAD) and the East Coast Rail Line (ECRL). The legal framework of both projects will not be amended, it has been proposed that the infrastructure manager should apply for the corresponding system manager and operator licence.

Malaysia is divided into a peninsular region, where 80% of the population is concentrated, and the sparsely-populated region of the island of Borneo in the north. The rail network totals about 2,500 kilometres. Two long-distance lines run from north to south on each coast. The capital and its metropolitan region have commuter, metro, monorail and light rail services. 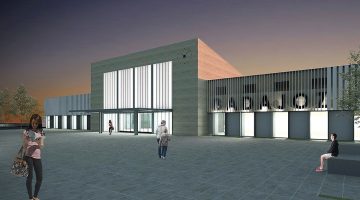