Defining railway gauges is not only a crucial safety consideration; it also allows for interoperability in international traffic and can mean significant cost savings in infrastructure construction. Ineco carries out these complex calculations both for high-speed and for conventional lines, in national and international settings (Saudi Arabia and United Kingdom). 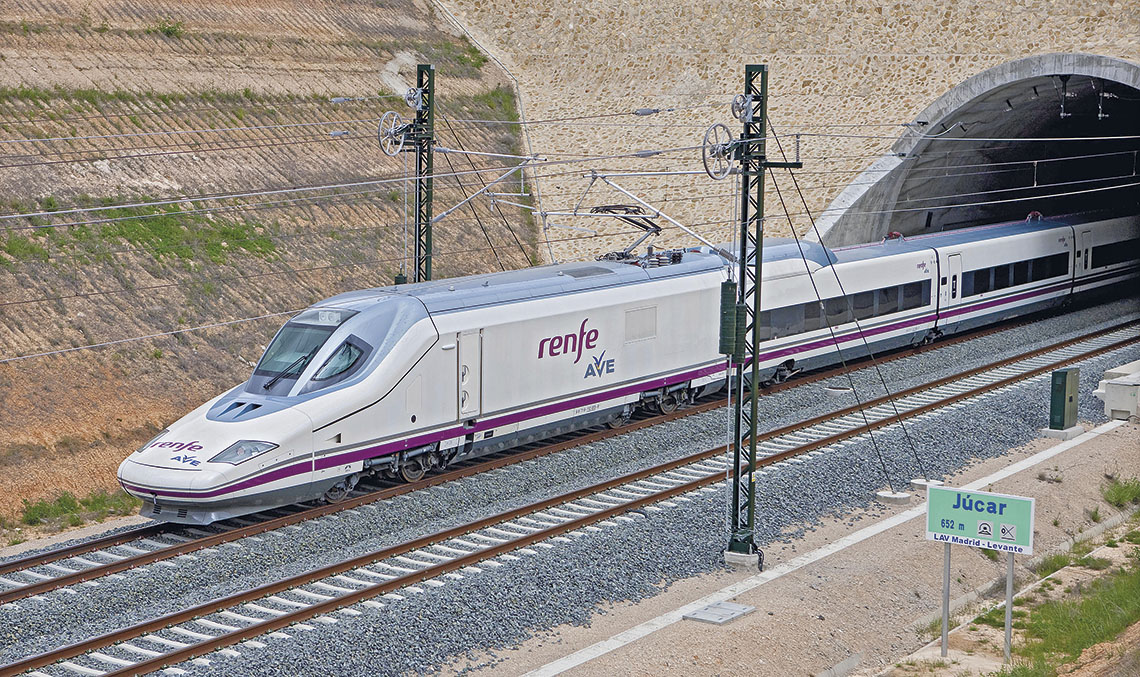 GAUGE CALCULATIONS. The definition of gauges is a complex process that ensures traffic safety, preventing interference between vehicles and these with the infrastructure.

Gauge calculation is a complex process to check whether there is sufficient space between rolling stock and the infrastructure on which it operates. Gauges need to be defined for the construction of vehicles, the installation of equipment near the track and for loading open freight wagons, in order to guarantee rail traffic safety and to avoid interference between vehicles and between vehicles and track infrastructure. The implementation of these standards thus guarantees safety, preventing impacts between trains travelling on adjacent tracks or with the infrastructure itself, and always providing for a minimum margin of protection.

All gauges based on the kinematic calculation method, are based on a combination of the specific reference profile and its kinematic associated rules, that form an agreement between the rolling stock and the infrastructure. As defined in the EN 15273:2013 a ‘gauge is a set of rules including a reference profile and its associated calculation rules allowing definition of the outer dimensions of the rolling stock and the space to be cleared by the infrastructure’.

The conclusions of the gauge study are of great importance, as in addition to guaranteeing traffic safety, they can also have financial implications: in specific points such as structures or tunnels, the study may find that it is possible to reduce the size of rolling stock or that infrastructure requires enlargement.

Regulations in a united Europe

There are different regulations for gauges, in Spain and in Europe. The European Union Agency for Railways (ERA) was set up in April 2004 to develop procedures within the framework of interoperability and railway safety. This implies the implementation and development of Technical Specifications (TSI) for Interoperability and a common approach to questions concerning railway safety. To achieve this, the ERA contributes technically to the implementation of the EU legislation aiming at improving the competitive position of the railway sector by: enhancing the level of interoperability of rail systems; developing a common approach to safety on the European railway system; contributing to creating a Single European Railway Area without frontiers guaranteeing a high level of safety.

The aims of interoperability are to allow the safe and uninterrupted movement of trains and reconciling the various national railway systems of the EU countries, suppressing or reducing technical barriers. To improve the level of interoperability, ERA establishes and manages the development and updating of the TSIs.

In Spain, Order FOM/1630/2015, of 14 July, has been drafted. The Order, published in Spanish Official Gazette (BOE) of 04/08/2015, approves the Railways Instruction on Gauges, which defines the gauges to be considered in the construction of vehicles, the installation of equipment near the track and the loading of open freight wagons.
The Instruction was drafted to be consistent with Standard EN 15273:2003 on gauges, and respects the TSIs for the infrastructure, rolling stock and energy subsystems of trans-European conventional and high speed railway systems.

Ineco has participated in drafting both European Standard EN 15273:2013 and Order FOM/1630/2015, as an expert representative for the part concerning infrastructure (structure gauge). The company periodically attended meetings of the WG 32 working group of Technical Committee CEN TC256 for Railway Applications, and meetings of the National Mirror Group for Gauges (WG32 mirror group) AEN/CTN 25/SC04/GT 03 GÁLIBOS. Spanish and European railway sector experts (Adif, Renfe, Talgo, CAF, Infrabel, SNCF, Alstom, RSSB, RATP, ÖBB, etc.) have collaborated at these meetings. Order FOM 1630/2015 is applicable to the definition of the structure gauge and takes into consideration the planning of new railway lines and the adaptation of existing ones. The Order covers lines in the public railway network of Iberian, European standard or metric gauge tracks (excluding the Cercedilla-Cotos line in the province of Madrid).

The company has over 30 years’ experience working with gauges and more than five conducting studies for structure gauges and determining pantograph gauges, distance between track centres and installation of platform offset. This work has been done both for the planning of new railway lines and for the adaptation of existing ones in the public railway network of Iberian, European standard and metric track gauges. This process involves analysing track parameters (horizontal radius, vertical alignment radius, track type and condition, top speed, maximum cant and cant deficiency, etc.), making calculations according to European and/or Spanish regulations, creating diagrams and delivering reports describing the methodology used and the main conclusions. When the calculation process is completed, width and height values are obtained for each point studied.

This experience has allowed Ineco to calculate gauges in all areas of Spain, including stretches of the Mediterranean Corridor and the Basque “Y”, among other lines. Internationally, the company has carried out studies for the Haramain high speed project in Saudi Arabia and the United Kingdom’s HS2 (High Speed 2) project, which will connect London and Birmingham. Recently, in June 2016, Ineco staff spoke at a training event on gauges held by the Spanish Railways Foundation (FFE, for its Spanish initials). The event offered an introduction to structure gauges and the practical application of calculating them.

The following gauges are used in railway activities

– Limit gauge: is the space not to be encroached upon at any time to ensure completely safe passage of traffic.

– Nominal gauge: defines the space to be cleared of any obstacle in order to enable train operations and track maintenance by incorporating allowances for safety, maintenance as well as additional allowances defined by the infrastructure manager.

– Uniform gauge: defined for a line. It is a nominal gauge derived from the least favourable set of circumstances which do not occur simultaneously on any stretch of track. 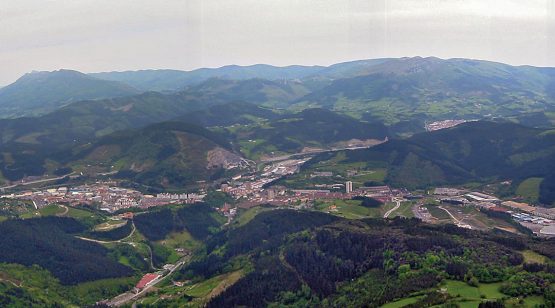 What makes the Bergara Junction so complex?