San Bernardo brought up to date with BIM

With approximately 3.5 million passengers a year, the San Bernardo Cercanías station, built in the early 1990s, needed to improve accessibility to its facilities. Ineco engineers and architects worked for Adif on the modernisation of this central train station in Seville, through which more than 200 trains and 12,000 passengers pass each day, making it the largest in Seville in terms of traffic and the fourth largest in Andalusia in the south of Spain. 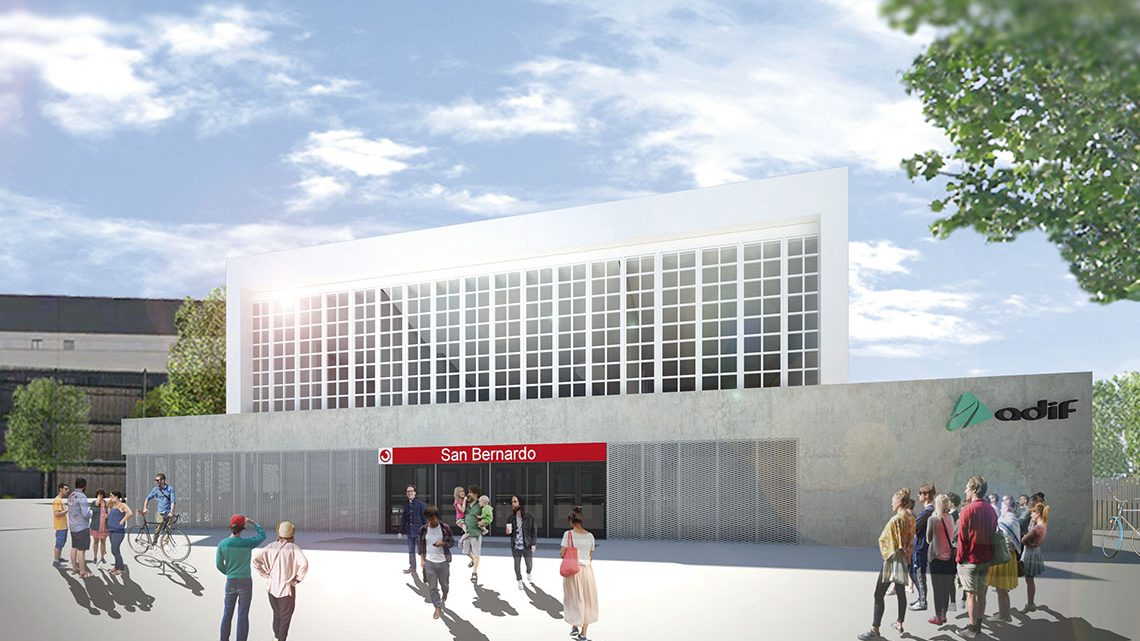 The modernisation work on the San Bernardo Cercanías station in Seville was carried out while maintaining the services of the station, which has a high degree of intermodality with other public transport in the city, such as Line 1 of the Metro, Line T1 of the tram system and various bus routes. The main objective of the project was to bring the passenger building in line with accessibility, fire safety and energy efficiency regulations, while seeking proper and feasible execution in terms of cost and completion of the works. The refurbishment also included a more rational arrangement of spaces –taking advantage of natural light– and improved transit and layout of the main hall. The exterior was also given new look that was in line with the interior modifications.

With a total of 4,710 m2 of floorspace (1,100 m2 in the main hall plus 3,600 m2 for platforms), the station used to have two entrances at either end of the main façade, leaving a space in between occupied by the cafeteria, which had direct access from outside and inside, and two mezzanine storage areas connected by a walkway. The main hall originally had a ticket office and small commercial area at the centre, which split the natural flow of passengers by breaking the row of turnstiles and dividing it in two. The interior was illuminated by a large window in the façade –a key feature of the station– and the exposed, sloped roof enhanced and directed the entry of light. After passing through the turnstiles, passengers
descended to the platforms via two large lateral access spaces using escalators. The platforms, which also provided access the Seville Metro, were showing their age in terms of the finish and lack of lighting, making them gloomy and unwelcoming places.

After studying all of the possibilities, the decision was made to create a single entrance and direct the flow of passengers to a single row of turnstiles; move the commercial area, cafeteria and ticket office to the sides of the main hall; and expand and refurbish the mezzanine storage areas and turn them into offices for Renfe. This large space was enhanced with an expansive curved ceiling that levitates over it and serves as the main channel for light entering through the large window in the façade and also reduces noise inside by absorbing sound.

In terms of the platforms, the use of new materials for the modernisation and refurbishment of the entire space was maximised. The suspended ceilings, light fixtures and sidewalls were removed and replaced with a sloped suspended ceiling that collects water from the tunnel slab and channels it to the side. This was reclad with cladding with substructure fixed to the existing cavity wall, creating a new chamber for water collection. The flooring (slip-resistance 3) on the platforms and platform edges was removed and replaced. The lighting was replaced by a continuous linear LED lighting system on the edge of platform.

Fire doors, two new lifts for the platforms and new emergency exit doors were installed, and the electrical system, communications room and electrical panels were renovated.

Surveying with a 3D laser scanner

New design technologies were used to create a functional concept that prioritizes accessibility and order in the flow of passengers. From the beginning of the Ineco project, BIM (Building Information Modelling), software from Revit was used, and it proved to be a highly useful tool in terms of improving coordination with structures and facilities, and generating a model that would also facilitate rapid understanding by all participants in order to streamline resolution of design details and issues. As a starting point for modelling the initial state of the station, a 3D laser scanner was used to survey the entire exterior and interior of the building, including the main hall, technical rooms and platforms. The three-dimensional laser scanner automatically measures a large number of points on the surface of an object in order to generate a data file. The points measured by the device are compiled into a point cloud georeferenced to the UTM coordinates. In this case, the laser also took georeferenced photos with a built-in camera and a specific program then allowed the integrated display of the point cloud and images in order to identify and locate elements, and obtain length and area measurements, among many other functions. The cloud provided a virtual replica of the station in the project’s computers that could be used as a tool for navigation and continuous consultation throughout the project, and to serve as a basis for the station’s parametric modelling in a program that supports BIM workflow.

Information from the 3D laser scanner was used to improve data collection at the site. The generated files were used to obtain data on elevated elements, such as the diameter of main hall ducts, the size of platform grilles and the position of safety and passenger information elements. The work also included the installation of new systems for the renovation of the main hall and platforms. Any that were in good condition were kept and ventilation outlet and intake elements were adapted to the new suspended ceilings. Although the platform evacuation, use and occupation conditions were not modified, the capacity and condition of the emergency exits were analysed during the project stage.

The electrical system was completely overhauled, from the station’s transformer unit, and including new distribution boards and halogen-free wiring to bring the installation in line with the 2002 Low Voltage Regulations. New lighting was also proposed to adapt the system to the new distribution and the minimum requirements set out in the Building Regulations (CTE DB SUA) and Royal Decree 1544/2007 of 23 November concerning accessibility. This equipment was designed with a system to regulate and control each area, including a system to take advantage of natural light in the main hall. All of the proposed work was aimed at improving energy efficiency in the station; for example, the planned loads in the main hall are lower than the existing loads due to the reduction of usable area in the main hall and primarily the improvement of insulation of the roof, with the installation of a suspended ceiling with integrated insulation, and cladding of part of the exterior façade with an external thermal insulation composite system.

Another improvement in energy consumption was the installation of ventilation programmers on the platforms connected to a detection and control centre, CO detection elements, opacimeters and thermostats in order to reduce fan operating times. Finally, in the project stage, the energy certification of the building was simulated for reference using the CE3X v1.3 program, which is recognised by the Ministry of Industry and the Ministry of Public Works. This study confirmed the improvements and the existing building’s classification was upgraded. Turnstiles in a single row.

The primary aim was to completely rearrange the main hall, including a new passenger service area, creating a single open space to facilitate the movement of users and passengers. To do this, a suspended ceiling was created to cover the entire main hall with insulation and integrated LED lighting, and turnstiles were expanded and relocated in a single line to facilitate routing. In addition, sidewall and flooring finishes were renovated to improve distribution and organization of the movement of passengers to both platforms.

New section of the SE-40 and El Torbiscal interchange 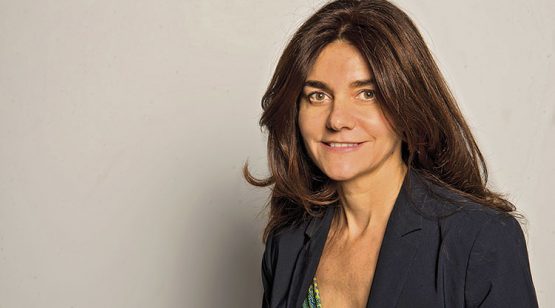