The application of satellite technology in railways provides an inexpensive way to improve safety and capacity on certain lines by using virtual balises instead of physical track-based equipment. For several years, Ineco, Adif and CEDEX have been helping to develop these solutions through a number of European innovation projects. The most recent of these projects, RAILGAP, will be carried out over a period of three years. 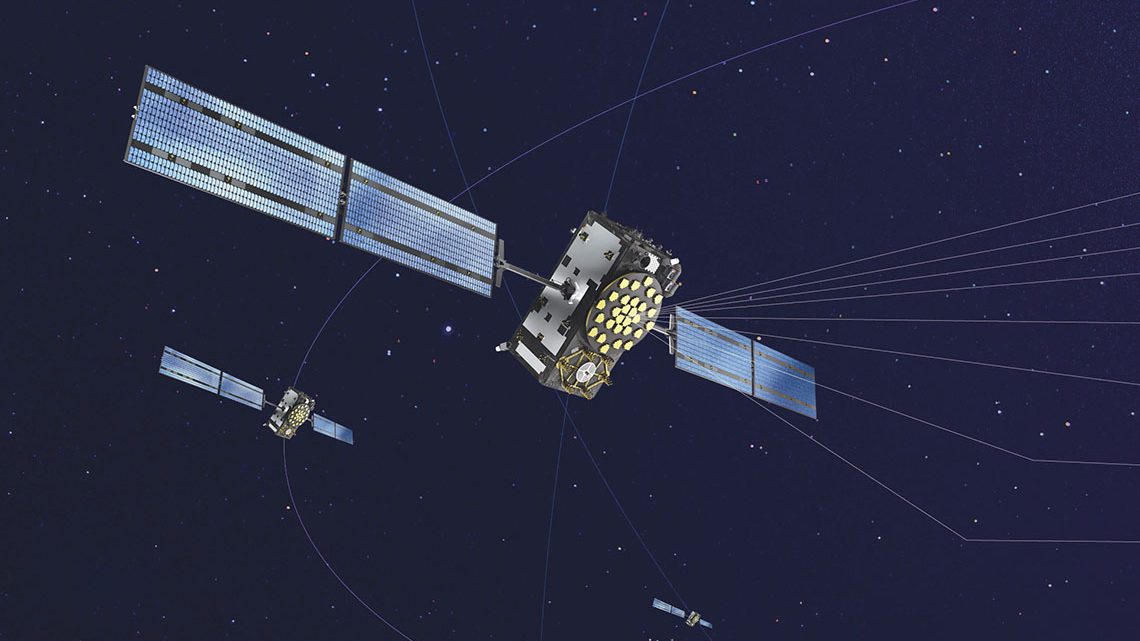 Global Navigation Satellite Systems (GNSS) are extremely useful in many different sectors, including transport. Europe declared the initial services of its own GNSS, Galileo, in 2016. It represented an enormous step forward in terms of performance, quality and diversity of service, as well as offering independence and autonomy to its users.

Unlike the United States’ GPS, Russia’s GLONASS and China’s BeiDou (with which, on the other hand, it is interoperable), Galileo is the world’s first GNSS that is designed specifically for civil use and with different user groups and services (e.g. open, high-precision, authenticated, governmental, emergency/search and rescue, etc.) in mind. It also offers unprecedented levels of accuracy and signal quality. 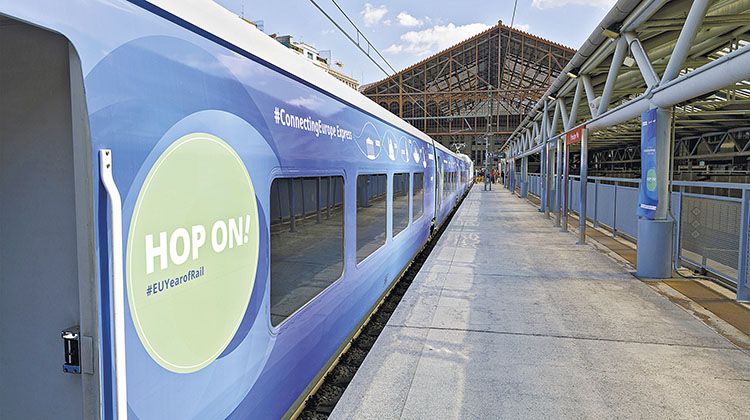 European projects such as RAILGAP, in which Ineco is taking part alongside Adif and CEDEX, build on previous research into the use of GNSS positioning. / PHOTO_MITMA

In the railway sector, GNSS-based applications can be used to optimise logistics, improve the management of rolling stock, and offer information services to passengers. At the same time, they also offer an inexpensive means of improving safety and supervision, by making it possible to replace physical ERTMS (European Rail Traffic Management System) balises with virtual equivalents. Using satellite positioning in conjunction with ERTMS will lower the cost of rolling out a system that the European Commission is currently deploying along the Continent’s main rail corridors –a task being coordinated by Ineco (see ITRANSPORTE 70)–, particularly with regard to regional lines and those with less traffic.

From physical balises to virtual ones

Along with Adif (Spanish Rail Infrastructure Manager), CEDEX (the Centre for Study and Experimentation in Public Works, which is part of MITMA, the Spanish Ministry of Transport, Mobility and the Urban Agenda) and a number of other international partners, in recent years Ineco has taken part in several European innovation projects designed to test and define the use of satellite technology in the railway sector.

To date, the tests that use trains in a real-world setting (such as the tests for the ERSAT GGC project in 2019; see ITRANSPORTE 68) have shown that Galileo is more suitable than the other systems. However, the technology still presents a number of technical hurdles that need to be overcome before commercial solutions can be brought to market. The geography of certain sections of line and the presence of elements such as tunnels, overpasses, natural obstacles and urban areas create so-called ‘shadow areas’ in the transmission of the GNSS signal, which in turn limits the operation of the virtual balises. There are also other problems derived from intentional interference, such as jamming or spoofing. However, the use of other technologies and navigation systems may help to resolve these issues.

The use of GNSS for railway operations depends to a large extent on the nature of the environment. For this reason, it is necessary to classify and identify the factors that contribute to operation under degraded conditions

The RAILGAP (RAILway Ground truth and digital mAP) project, which began in early 2021 and will continue until 2023, is a continuation of earlier research in this field. Part of the Horizon 2020 Programme and managed by the European Union Agency for the Space Programme (EUSPA), RAILGAP is led by the Italian railway infrastructure manager Rete Ferroviaria Italiana (RFI) and boasts numerous participants, including Radiolabs, Hitachi Rail STS, RINA, Trenitalia, ASSTRA, Adif, CEDEX, Ineco, DLR, Université Gustave Eiffel and Unife.

The project’s aim is to develop innovative, high-precision solutions that make it possible to obtain so-called ‘ground truth’ data and digital maps of the railway lines, which are essential in order to determine the trains’ positions efficiently and reliably. ‘Ground truth’ data will provide time-based geographical coordinates for the trains, along with dynamic variables such as speed and acceleration. To achieve this, it will be necessary to gather enormous amounts of train-related data, collected from various types of sensors, which will be used to improve mapping accuracy in ‘shadow areas’ such as urban areas, areas with lots of vegetation or trenches, etc.

The solutions proposed are based on the use of other sensors such as cameras, LIDAR and inertial measurements units, along with artificial intelligence (AI) technologies, to improve the positioning capacity provided by GNSS in ‘shadow areas’. Inertial sensors are used to detect the forces acting on the train, which makes it possible to estimate its movement over time; while optical sensors (cameras and LIDAR), combined with AI systems, make it possible to calculate the train’s position relative to key elements located along the track. In turn, this enables the train to be positioned with pinpoint accuracy, under optimal conditions. 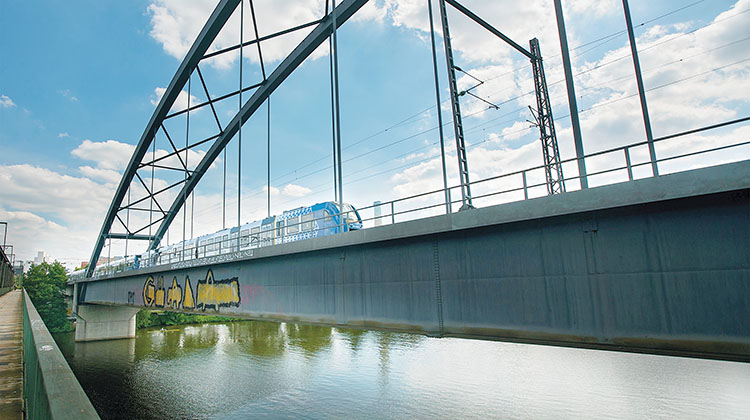 The 30 satellites (24 operational and six spares) that will make up the Galileo system once its full operational capability is reached (initial services began in 2016) will be able to locate receivers with a margin of error of less than one metre. Additionally, Galileo is interoperable with the United States’ GPS, Russia’s GLONASS and China’s BeiDou systems.

RAILGAP will help to make the ERTMS –as well as the monitoring and control systems for the modernisation of regional and local lines– more sustainable, thereby reducing energy consumption.

Ineco is taking part in all of the project’s eight work packages and will lead the process of calculating ‘ground truth’ based on a solution involving the hybridisation of sensors. It also plays a major role in identifying and characterising the optical sensors required by the project, particularly cameras and LIDAR sensors. The activities that comprise work package 7, which focuses on the implementation of the digital map, will also draw on Ineco’s experience in applying AI to images in order to identify key elements, as it has done in other projects for Adif.

To this end, Ineco will develop the algorithms that make it possible to use the images captured by optical and stereoscopic cameras to recognise relevant elements on the track and position them using advanced image processing techniques and AI.

For its part, Adif is also working on all of the work packages, as well as operating a test vehicle (as it did previously for the ERSAT GGC project). The Railway Interoperability Laboratory from CEDEX (which is a world leader in ERTMS; see IT32 and 53) will focus on the architecture of the equipment inside the train and on the data collection phase, as well as the integration of the data in the laboratory. 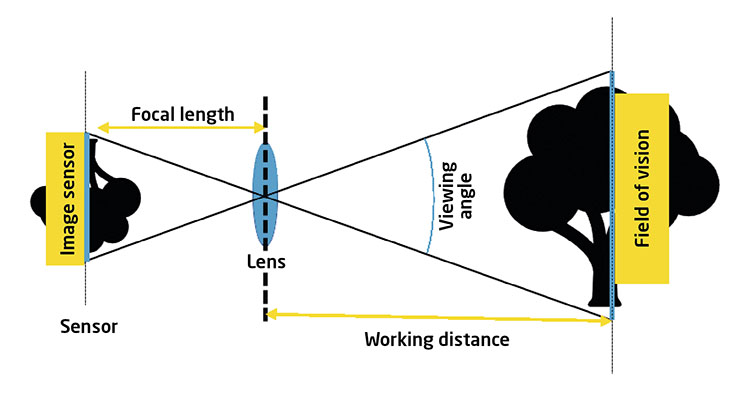 RAILGAP proposes the use of cameras, LIDAR sensors or inertial measurement units, along with AI technology, to improve GNSS positioning in ‘shadow areas’.

Ineco, Adif and CEDEX have previously taken part in other research and innovation projects with a focus on GNSS applications in railways, such as ERSAT GGC (2017-2019), which also formed part of the Horizon 2020 programme (see ITRANSPORTE 69), and GATE4RAIL (2018-2021), part of Shift2Rail, a sector-specific programme developed by the European Commission to promote innovation in the railway industry.

The aim of the ERSAT GGC project, which involved 14 companies from five European countries, was to study the implementation of satellite technology in the ERTMS using virtual balises. To achieve this, a methodology was defined and several software tools were developed in order to classify a railway line with a view to implementing virtual balises along the length of the track.
The project also included some trials spread across three countries (France, Italy and Spain), where input data was gathered and later fed into the classification tool.

Additionally, 2018 saw the launch of GATE4RAIL, which aimed to improve the virtualisation of ERTMS tests based on satellite positioning. Ineco formed part of the consortium that carried out the project, which was led by Radiolabs (Italy) and also included RFI (Italy), Ifsttar (France), M3Systems (Belgium), Unife (Belgium), CEDEX (Spain), Bureau Veritas Italia (Italy) and Guide (France). Together, the consortium members developed a platform comprised of three blocks: GNSS, train and track. The challenge was to perform a simulation with modules from each block, located in different countries. In this project, which came to an end in 2021, Ineco’s role focused on system architecture and defining scenarios, in addition to providing data on obstacles via the GNSS4RAIL tool.

Challenges facing the use of GNSS in the railway sector 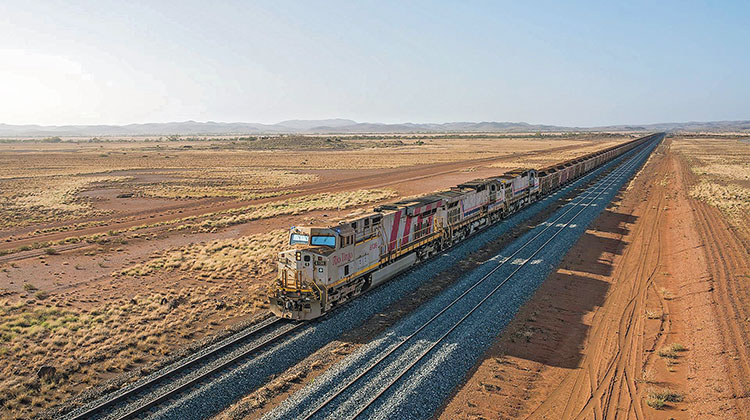 THE TRAIN OF THE FUTURE? A driverless train transporting minerals for the multinational corporation Rio Tinto in Pilbara, Western Australia. / PHOTO_RIO TINTO

For the railway sector, the use of GNSS presents a number of challenges of both a technical and cross-cutting nature. Cross-cutting challenges include those related to protection, cyber-security, legislation and regulation, standardisation, and speed of implementation; while the technical challenges include issues such as dealing with interference, the multipath effect, the integrity of the satellite signal, the overcoming of communication ‘shadow areas’ such as tunnels and mountains, highly complex lines that incorporate forks and junctions, and more precise recognition of parallel lines and stations.

With regard to the future of GNSS in the railway sector, a number of short, medium and long-term milestones have been identified. The most immediate goal is to be able to locate trains with optimum precision, as this will make it possible to increase track capacity. Another milestone is the development of virtual balises based on the continuous transmission of PVT data, which will reduce costs. Forthcoming developments also include detection of movement of rolling stock while the on-board ETCS is disconnected (this is known as cold movement detection, or CMD).

Medium-term goals include the development of ERTMS Level 3, whose defining characteristic is moving-block signalling. This technology will greatly increase the current ability to manage line capacity.

Long-term milestones include driverless trains, although a number of initiatives in this area –such as the Rio Tinto Driverless Cargo Line in Australia– already exist. This driverless line, known as the ‘robot train’, incorporates 1,700 kilometres of track and 220 monitored locomotives. It records 12 GB of data traffic per day and uses automatic train detection logic based on ERTMS Level 2. Using this architecture, the multinational mining corporation Rio Tinto has developed predictive models that can detect potential failures in upcoming operations and recommend maintenance activities. As one would expect, final approval of these activities lies with the technical personnel. 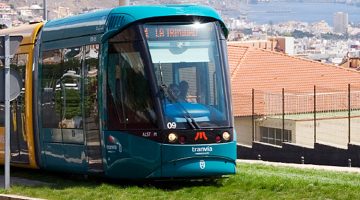 Tenerife Light Metro, a model of public-private collaboration for the United Nations