Adif, Puertos del Estado, Renfe and Ineco presented their proposals for more sustainable, inclusive, safe and resilient cities at the United Nations World Urban Forum. The event, which attracted 18,000 delegates from close to 170 countries, was held in Abu Dhabi from 8 to 13 February. 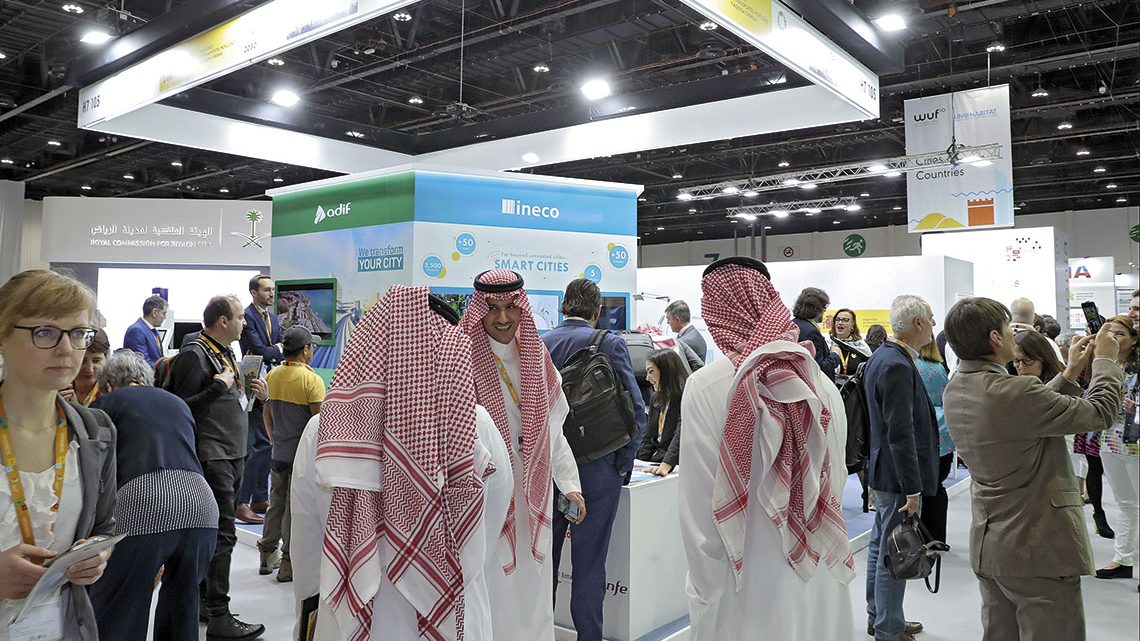 Apps that predict the location of traffic jams; optimised street lighting and irrigation for green spaces; train stations that communicate with taxi and bike operators; smart airports that recognise passengers; and digitalised ports that connect ships to the power grid to reduce their engine emissions… The functionalities provided by artificial intelligence, Big Data and robotics are already a reality that is transforming the mobility of our cities, which, according to the UN, are home to 55% of the world’s population. The goal is to exploit all of our technological resources to make them more efficient and, above all, more sustainable and environmentally-friendly.

With this in mind, the UN Human Settlements Programme (UN-Habitat) convened the tenth session of the World Urban Forum, which was hosted by the emirate of Abu Dhabi from the 8 to 13 February 2020. A group of businesses backed by the Ministry for Transport, Mobility and Urban Agenda together operated a 100m2 stand at the event: Adif, Aena, Puertos del Estado, Renfe and Ineco were among those in attendance to present their proposals for more sustainable, inclusive, safe and resilient cities.

The forum, under the motto of Cities of Opportunities: Connecting Culture and Innovation, is the principal international stage for debating and sharing experiences related to urban issues

At the forum, the Spanish government also presented Spain’s Urban Agenda, the result of its commitment to the UN’s Sustainable Development Goals. The Agenda, approved in 2019, is a roadmap that aims to guide all of Spain’s towns and cities, regardless of their size, towards a more economically, socially and environmentally equitable, integrated and sustainable future by the year 2030. The Agenda offers a Decalogue of Strategic Goals, which, in turn, feature a total of 30 specific goals and 291 lines of action.

The forum, under the motto of ‘Cities of Opportunities: Connecting Culture and Innovation’, is the principal international stage for debating and sharing experiences related to urban issues The event was attended by more than 18,000 delegates from approximately 170 countries, representing mostly institutions, ranging from national and local governments, non-governmental organisations, the private sector and the academic world.

One of the organisations in attendance was Spanish railway operator Renfe. The rail operator, which presented the Haramain project at the stand, is working on its new ‘mobility as a service’, ‘Renfe as a Service (RaaS)’ platform back in Spain. The platform aims to integrate different modes of both public and private transport into one single application.

In addition, Puertos del Estado, which comprises and coordinates the 28 port authorities in charge of Spain’s 46 ports, presented its Ports 4.0 project. The Ports 4.0 project establishes an equity fund to finance innovative projects in new technologies and business models based on the 4.0 economy, via a public requests for tenders.

In the aviation sector, Spanish airport operator Aena is focusing on the concept of smart airports: its lines of action include a pilot project for biometric technology and digital identity (facial recognition) at its Adolfo Suárez Madrid-Barajas airport and its airport in Menorca, as well as testing drones for different uses within the airport environment.

Adif, Spain’s railway infrastructure administrator, has activated a plan to digitalise its network of long-distance and AVE train stations, aiming to convert them into ‘intelligent stations’ that will connect to other transport systems and different city services.

The Directorate-General for Architecture, Housing and Land under the Ministry of Transport, Mobility and Urban Agenda organised two events at the forum. The first, on 10  February, was a networking session entitled ‘Governance: a key element in the implementation of national urban policies: Spain’s Urban Agenda experience’, which was attended by Ineco’s Director of Business for Roads and Intermodal, José Ángel Higueras. The event was also attended by, among others, the Ministry of Transport’s Deputy Director of Urban Policy, Ángela de la Cruz, who presented the book Ciudad productiva y ciudad circular. Conversaciones alrededor de la Agenda Urbana (The Productive and Circular City: Discussing the Urban Agenda), on Tuesday the 11th. 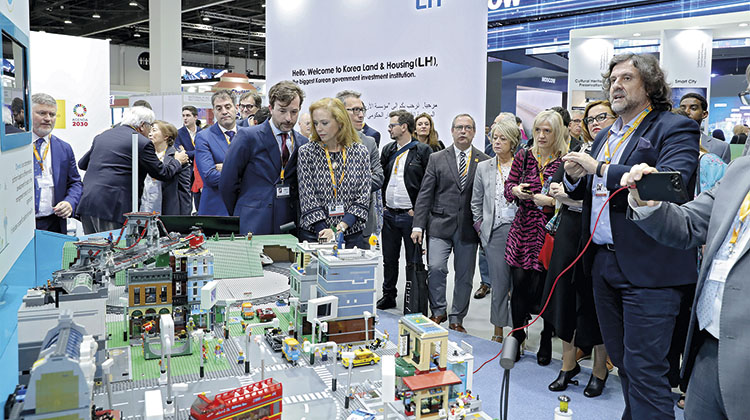 Ineco demonstrated its Cityneco Mobility model at the stand. The model city, constructed from Lego pieces, allowed delegates to observe the functions of its Cityneco platform through its augmented reality application. The company developed the technology platform for the smart management of different urban services in 2016, as part of an innovation project in which it partnered with the Granada City Council to pilot the platform in the city. The platform has since been updated to a new version 2.0.

Specifically designed to facilitate mobility, the model’s modular architecture and layered structure make it easily scalable and interoperable. A Software-as-a-Service (SaaS) version makes Cityneco available to medium-sized cities without their own infrastructure. 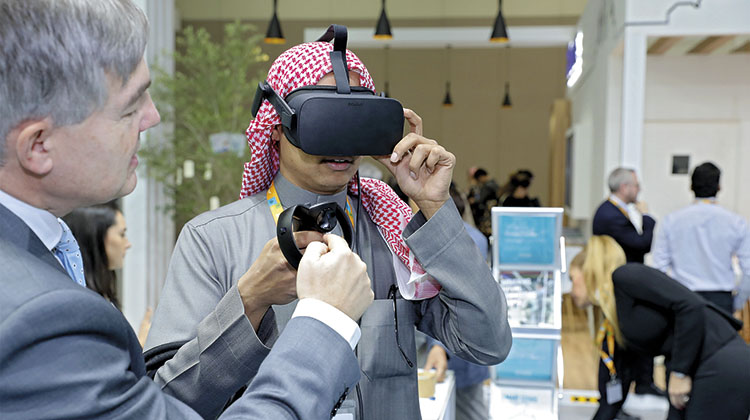 The platform features several vertical modules, one for each of a local council or organisation’s management areas. Its modular architecture facilitates the incorporation of new vertical levels to adapt to new requirements. Its IoT functionality (the Internet of Things), allows it to connect to sensors located throughout the city while simultaneously integrating and processing multiple sources of information, from social networks to video feed.

The information is displayed simply and intuitively through dashboards, based on both real-time data and management indicators, and in the case of mobility, with a GIS viewer (Geographical Information System).

A connected campus for the University of Almería

The University of Almería (UAL), founded in 1993, is not the first Spanish university to introduce smart-management projects for its services and infrastructure, but it is the first to have a Master Plan for their implementation, which it asked Ineco to design. With a few methodological adjustments, the document incorporates smart-management proposals similar to those that would be applied to a small city.

The work, which was carried out over the course of 2019, includes a model for a smart campus, a diagnosis of the University’s current state of technological or smart development, the objective to be achieved and a roadmap of necessary actions. 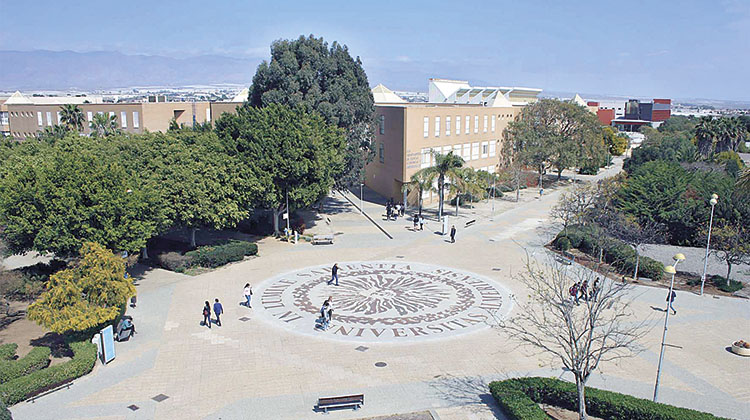 View of the UAL campus. / PHOTO_UAL

At just over five kilometres east of the city of Almería and a few meters from the sea, the UAL is a small to medium-sized public university situated very close to the Natural Park of Cabo de Gata-Níjar. Despite being located in a water-deficient province, the university benefits from abundant sunshine and regular winds that it can use to obtain clean energy. The plan, therefore, concentrates on environmental initiatives to create a green smart-campus with particular emphasis placed on optimising its water and energy consumption. Given its location outside of the city centre, which makes access on foot difficult and generates high levels of private vehicle use, another priority is to improve the university’s mobility framework. 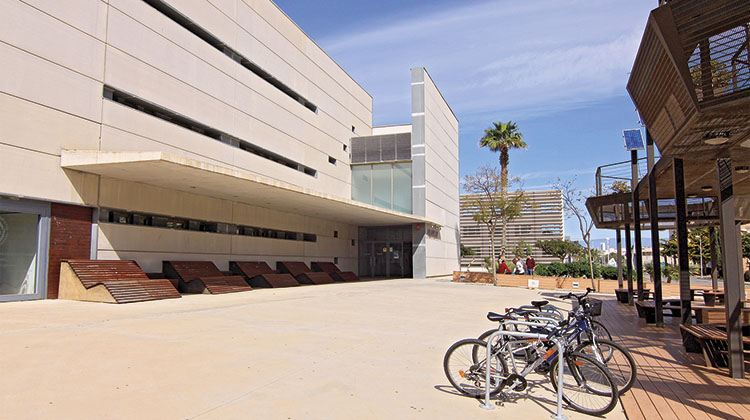 Below: bicycles parked in front of lecture theatre IV; promoting sustainable mobility is a cornerstone of the plan. / PHOTO_UAL

In order to establish the current technological advancement of the services, six levels were defined: basic, initiation (UAL’s current level) intermediate, advanced, very advanced and connected. The objective is to reach the ‘connected’ level, which specifies that at least 80% of the services must be interconnected.

The Master Plan includes indicators to measure UAL’s smart progress and establishes a Steering and Coordination Committee and a Monitoring Committee, as well as suggesting a two-yearly revision of the document to keep it up to date. 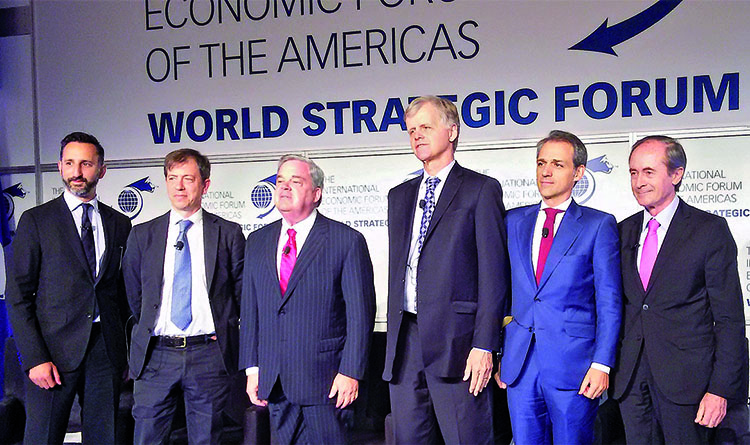