Ineco, commissioned by the Ministry of Transport, Mobility and Urban Agenda, provided the supervision and monitoring of the works to construct the new La Gaznata bridge over the Burguillo reservoir in Ávila. The opening of the bridge means the end of the traffic bottleneck for users of the existing narrow arched bridge. The two structures represent 100 years of evolution in bridge design and construction. 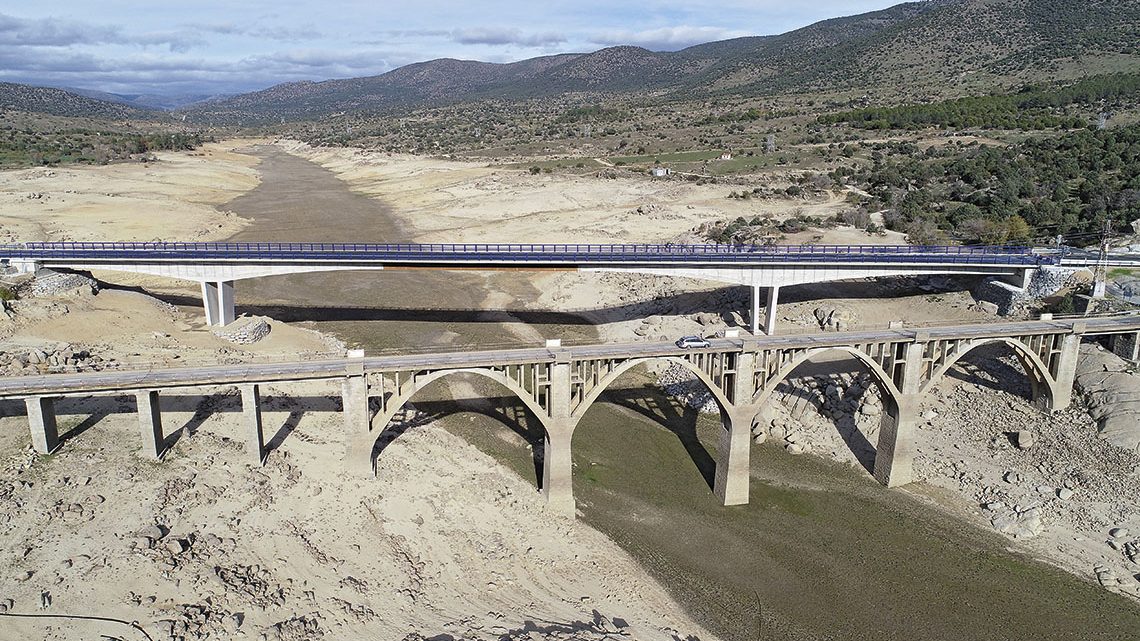 IMPROVING MOBILITY. The new bridge (in the background) operational since November 2019, represents a significant improvement for daily users of this section of the N-403. / PHOTO_JOAQUÍN MUÑOZ (INECO)

Floating on the waters of the Burguillo reservoir, and later hoisted into position to connect the two cantilevered end sections: this was how, last July, the central steel box girder section of the new La Gaznata bridge in Ávila province was installed. The bridge, now completed and opened on 28 November, 2019, represents a notable improvement in mobility and safety for the 5,000 road users whose daily travel takes them past kilometre 100 of the N-403 road, which spans the provinces of Toledo, Madrid, Ávila and Valladolid. Access to the bridge has also been improved by a new roundabout to smooth the horizontal alignment. In total, the works covered almost a kilometre.

Ineco provided technical assistance services for the supervision and monitoring of the works for the General Directorate of Roads and the Ministry for Transport, Mobility and Urban Agenda. At 11 metres wide and with one lane for each direction of travel, the new bridge replaces the narrow crossing offered by the old arched bridge, whose single carriageway measuring just 4.5 metres wide meant that users had to take turns crossing from each direction.

The structure, however, which was designed and constructed in the 1920s by engineer Eugenio Ribera, is of both historical and technical significance as one of the first bridges to be built in Spain using reinforced concrete, which was just coming into use in the country at that time. The bridge was later used as a construction model for other viaducts and is an excellent example of the construction techniques at that time. Its closure to traffic will therefore ensure its preservation. Alongside it, the new, partially prefabricated straight bridge made from prestressed concrete and steel epitomises the construction techniques of today, and the combination of the two structures, separated by a distance just a few metres but 100 years in time, perfectly illustrates the evolution of Spanish bridge design and construction over the course of the last century.

The deck of the bridge consists of a box girder measuring 11.3 metres wide to support the carriageway, hard shoulders and parapet walls. Both prestressed concrete and Corten steel were used with the incremental launching method from both piers towards the centre, building successive prestressed concrete segments.

The new bridge has three spans. The two ends, with spans of 40 and 50 metres (distance between the support points), support prestressed concrete box girder sections, built using falsework, with a thickness that varies between 2.4 metres at the ends and 5.5 metres above the 10-metre reinforced concrete piers. Each pier comprises two shielded shafts forming a ‘V’. The shafts rest on footings which are in turn ‘stitched’ to the supporting rock with micropiles.

The central span measures 120-metres long and is divided into three sections of two types: two outer sections made from prestressed concrete with variable thickness beginning at each pier, built using the incremental launching method, and a 42-metre long middle stretch made from concrete and steel.

One of the highlights of the project was the floating transfer and subsequent lifting of the central metal stretch of this section, which took place in July 2019. The 115-tonne segment, which had to be entirely watertight for it to float, was manufactured in the workshop and then transported to the site in two pieces measuring 27 and 15 metres.

La Gaznata was an old stream that has today become one of the four tributaries of the El Burguillo reservoir. It was opened in 1913 to channel water from the Alberche river. The first bridge, designed by civil engineer, entrepreneur and professor José Eugenio Ribera, who pioneered the use of reinforced concrete in Spain, was opened in 1918.

It comprises four cambered arches spanning 25 metres each, followed by five 11.5 metre straight sections (four on one side and one on the other). It was built using a rigid truss for each span, which was raised by complete spans from the ground.

The bridge is one of the concrete road bridge models designed by Ribera for the Ministry of Public Works. The designer, who died in 1936, dedicated his career to promoting the novel idea of using reinforced concrete or cement in construction and, particularly, for building bridges and viaducts. The appearance of reinforced concrete in the last quarter of the nineteenth century revolutionised construction methods. It displaced both traditional materials like the stone and wood which had been used for centuries and also, thanks to the cost-effectiveness of concrete, the metal bridges that had become popular after the Industrial Revolution.

Construction using arched structures, a practise employed since ancient times, presents the the disadvantage that structures only become self-supporting once completed. This necessitated the construction of large temporary structures, the falsework, which were almost as expensive and complex as the bridge itself.

Eugenio Ribera’s decision to build with spans measuring no more than 25 metres meant that he was able to forgo the falsework, significantly reducing costs: “… If the spans of the arches do not exceed 25 metres, as was the case with the Gaznata viaduct, we assemble each of the trusses in a single piece and raise them using rigs fitted to a mast until they are in position. (…) The elimination of falsework almost always results in significant savings in the cost of the bridge.” José Eugenio Ribera, “Masonry Bridges and Reinforced Concrete – Volume IV (Puentes de fábrica y hormigón armado – Tomo IV)”, 1932.

After 1928, the appearance of prestressed concrete made it possible to construct non-arched straight structures for large bridges, as well as for the smaller spans built from concrete before then. It also facilitated the incremental launching construction method, which eliminated the need for falsework and made concrete bridge building even more economical.

After World War Two, the new technique spread rapidly, spurred by the need to reconstruct bridges after the conflict. Since then, straight bridges have practically made arched bridges redundant. Today, we use two systems: in situ concrete bridges (which allows for different forms, curved or forked decks, etc.) and bridges made from prefabricated beams for smaller spans.

Next post To err is human but so is to prevent

Previous Article Talent has no gender... 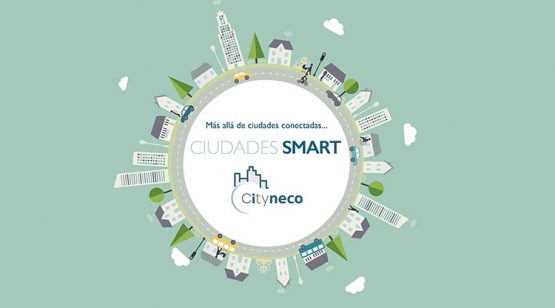