The kingdom of castles

The history of Spain is written in its almost 20,000 fortifications, with an estimated 2,600 genuine mediaeval castles, built between the eighth and the sixteenth centuries. 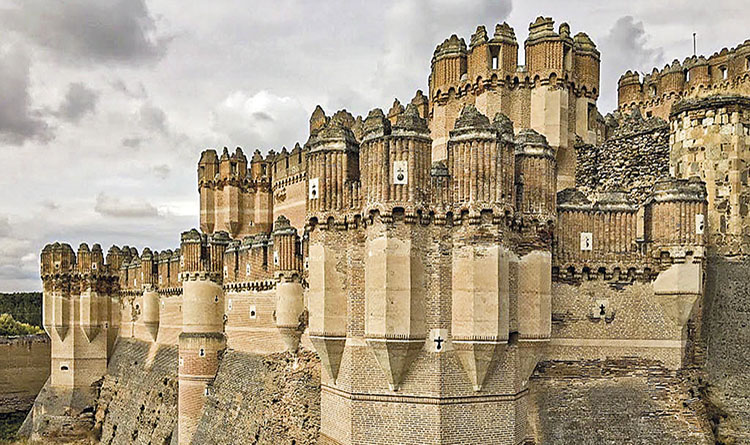 Following the arrival of the Moors to the Iberian Peninsula across the Straits of Gibraltar in 711, a long period of nearly eight centuries known as the ‘Reconquista’ began, during which the Christian kingdoms advanced southwards from the north, slowly gaining territory. This period ended with the victory of the Catholic Monarchs, Isabella of Castile and Ferdinand of Aragon, over the last redoubt of the Moors, the Kingdom of Granada in 1492, the year of the Discovery of America, which marks the end of the Middle Ages and the beginning of the Modern Age. Up to that point, from the seventh century, the advance of the original kingdoms in Spain, starting from what is now Asturias, left its mark on the landscape in the form of a multitude of defensive constructions and overlooks: towers, walls, fortresses and, above all, castles.

In the meantime, the Moors also built their own palaces, such as the Alcazar in Seville (tenth century) and the eleventh-century Aljaferia in Zaragoza. Some of the most notable fortifications include the alcazabas or walled citadels, for both residential and defensive purposes, and built inside towns, such as those of Almería, Mérida, Tarifa, Badajoz, Málaga and Calatrava la Vieja (in Ciudad Real).

All castles, regardless of their state of conservation, are protected by law under the National Heritage Act, which prohibits their destruction.

In a mediaeval context, with a largely rural, feudal society with still emergent monarchies, castles, often built on the sites of old Roman forts, were refuges for nobles and peasants during long sieges. The emergence of artillery at the start of the fifteenth century completely transformed military tactics and strategy. Castles lost their original purpose.

The most characteristic architectural features of a mediaeval castle are: an elevated site, a walled enclosure with bailey, lodgings, stables, cisterns and other outbuildings; and the Tribute Tower, absent from Moorish forts. A beautiful example is La Mota Castle, in Valladolid, standing 40 metres high, or the Moorish Burgalimar Castle, in Baños de la Encina (Jaén), with additions by the Christians after the capture of the castle at the beginning of the thirteenth century.

Spanish castles usually also had a moat (Coca Castle, Segovia); metal-reinforced gates, portcullises, barbicans or outer walls, and drawbridges. Walls and towers had battlements for archers and other defensive features such as machicolations (projections from the top of the walls to give an advantage to defenders).

These buildings were so importance that one of the old Christian kingdoms, the Crown of Castille, was named after them, as are today’s autonomous regions of Castilla y Leon and Castilla-La Mancha and the city and province of Castellón. The names of many of today’s towns and villages incorporate ‘castillo’ (castle) or a word related in some way to castles –like torre (tower), torrejón (dungeon/tower), etc.– or their Arabic equivalents: alcalá, alcázar, alcocer, etc. The case is similar with the surname Castillo, which is number 44 of the 100 most common according to the Spanish National Statistical Institute.

Unlike many castles in central Europe, owned by feudal lords, castles in mediaeval Spain tended to be owned by the Monarchy and were governed by a warden appointed by the king. From the fifteenth and sixteenth centuries, monarchs entrusted the defence of castles to noble families (Manzanares el Real, Madrid) or to military orders, like the Knights of St John (Peñarroya in Argamasilla de Alba, Ciudad Real; Consuegra, in Toledo) and the Knights Templar (Ponferrada Castle, in León) who also built Peñíscola Castle in Castellón.

There are two main features that distinguish a genuine mediaeval castle from other large houses or palaces, according to experts: their military purpose, determining design and location, and that they were originally built between the eighth and the sixteenth centuries. That is how they are defined by the Association for the Restoration of the Castles of Aragon (ARCA) which considers that, from the Renaissance on, many buildings should be called “forts” or palaces, but not strictly castles. What is certain is that, according to the register kept by the Spanish Association of the Friends of Castles and in the absence of official figures, there are currently some 20,000 buildings of one type or another in every possible state of conservation. Of those, it is estimated that about 2,600 are mediaeval castles.  Among those that best preserve their original structures are the castles of Gormaz, in Soria, in Moorish style, with the longest outer wall in Europe; Consuegra, in Toledo, in the Romanesque style (twelfth century) and Manzanares el Real, in Madrid, started in the fifteenth century.

...and not so genuine

The fascination sparked by mediaeval castles is reflected in some contemporary constructions (or reconstructions) that imitate them. In the nineteenth century, Romanticism made the Middle Ages fashionable. That led to the building of the castles of Bendinat at Calviá (Mallorca), in the Neo-Gothic style, and the castle at Lachar in Granada. Even more modern are the castles of San José de Valderas at Alcorcón (Madrid), from the beginning of the twentieth century, and the castle of Cebolleros in Burgos, constructed by hand by a private individual starting at the end of 1978, in a similar way to the cathedral of Mejorada del Campo in Madrid. Others are the product of reconstructions of real castles that were carried out without historic rigour or with the addition of architectural and decorative features from other periods, countries and styles, with variable aesthetic results (castles of Butrón in Gatica, Vizcaya; and Olite in Navarre and others).

Previous Article A setting for protection and entrepreneurship 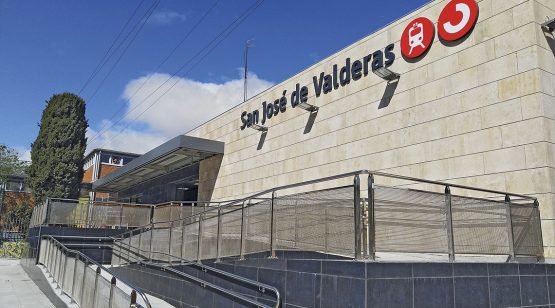