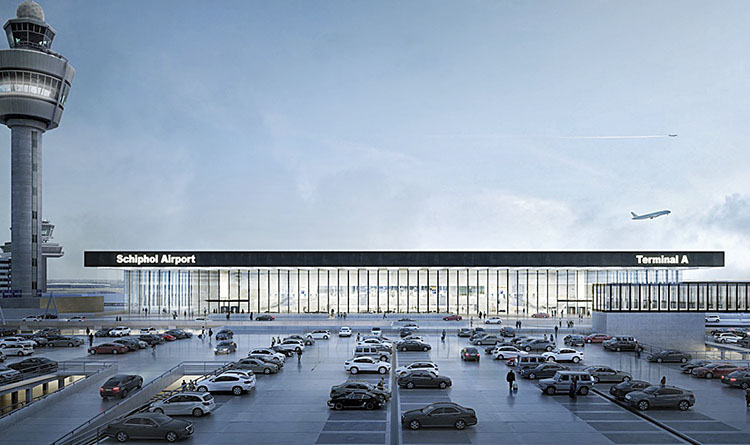 The Spanish-Dutch consortium KL AIR, formed by architecture firms Kaan and Lamela and engineering companies ABT and Ineco, has been awarded the international tender to design the new terminal at the Amsterdam-Schiphol airport, beating other prestigious firms in the final phase. The project has also been supported by the plastic artist Arnout Meijer Studio and the specialized engineering companies DGMR and Planeground.

The future terminal will cover approximately 100,500 m2, with a capacity for up to 14 million passengers and will be located next to terminals 1, 2 and 3, to the south of the Schiphol Plaza. The works are expected to be completed in 2023. The spatial distribution of the new terminal, its design and the treatment of its façades are aimed at integrating it with Schiphol Plaza, the railway station and other possible future expansions. This will be possible thanks to the proposal’s clear architecture and spatial extension.

One of the fundamental aspects of the design of the new terminal is its urban integration with the rest of the airport, which will guarantee a perfect connection between the new and the existing elements. Inside the building, the overlapping of passenger flows at different levels will make it possible to clearly distinguish the departure hall and the baggage claim area on the ground floor. Also, the access roads to the terminal will be integrated urban elements that will help Schiphol remain a “compact city”.

According to the team of designers, “The main source of architectural inspiration has been to preserve the DNA of the original 1967 design designed by De Weger and Duintjers together with the interior designer Kho Liang, characterized by its abundant natural light, its simplicity and an imposing spatiality.”

The new large-scale terminal will offer travellers different scenarios in an environment full of natural light. The subtlety of the proposed design will contribute to the use of the intuitive spaces without reducing its functionality.

The façades will be formed by large glass elements that will allow the views of the vibrant activity of the airport, as well as the open sky over the Dutch landscape. The sustainability criteria inherent to the design will be evident in the different materials to be used, such as the wooden flooring on the platform, and the abundant vegetation of the large patios.

The structural modularity and repetitive rhythm in the façades and on the roof will provide tranquillity and give unity to the new terminal, while at the same time providing a solid foundation for any future expansion. Integration and timelessness characterize this new link in Schiphol’s evolution. 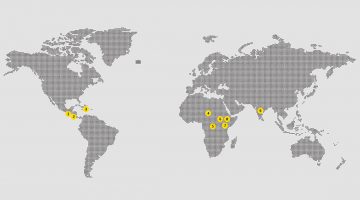