Tomás Elejalde has been with Metro de Medellín for more than 20 years and has held different positions of responsibility before his appointment as general manager in 2016. 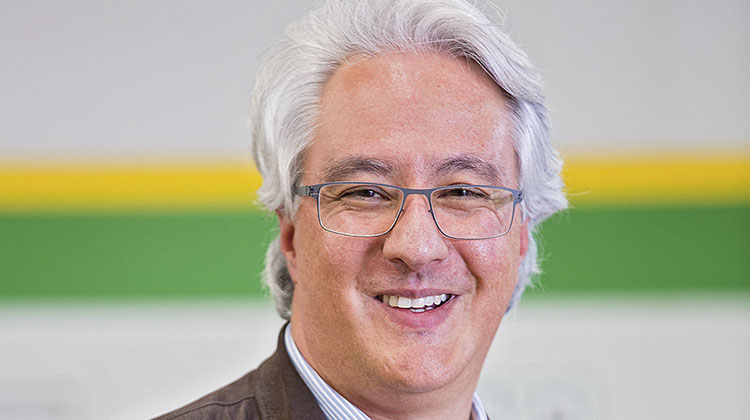 EXPERT IN URBAN TRANSPORT. Tomás Elejalde was educated as an engineer at Cologne University of Applied Sciences and studied Business Administration and Economic Engineering at the University of Mönchengladbach in Germany.

What is the key to successfully managing the operations of a complex network that includes metro trains, buses and now also trams, in addition to Metrocable?

The most important aspect is having a team that is flexible enough to understand that they are part of a multimodal network, while at the same time, having the specific technical training required to address the specific aspects of each mode of transport. This refers to operations and maintenance because customer service is completely integrated. The goal is for users to experience a sense of continuity in their journeys regardless of the transfers they make; this is why all of the staff who come into contact with users have the same training and work under the same service parameters.

Coordinated operation is possible because we have a main control centre that provides us with a complete overview of the operations of the different lines. Because it is an interconnected system, what happens on one of them can have repercussions on others. The operation of all of the lines is controlled from the same point, and this enables us to make comprehensive decisions in real time.

How important has intermodal integration been in this stage?

The different modes of transport that make up our system are integrated at the physical, operational and fare levels. The physical level is important because it ensures that users experience a sense of continuity in their journeys, no matter how many transfers they have to make. Operational integration, which consists of a single company operating the four modes of transport, makes it possible for timetables and standards of service to be the same, and also makes it easier to have a complete overview of the operation of the system, which facilitates decision making in real time. Fare integration is achieved thanks to the Civica card, a contactless payment method that allows users to travel on the different modes of transport with a single payment.

What would you highlight about your expansion plan?

The Metro de Medellín Expansion Plan is one of the five plans that make up the 2006-2030 Confidence in the Future Master Plan, which was drafted taking into account the existing plans of the 10 municipalities of the Aburrá Valley Metropolitan Area. This makes it possible to articulate the 19 projected transport corridors in the same way that the city/region is projecting its development. In addition, the inclusion of the Expansion Plan in the Master Plan ensures that the new lines that are being developed have the human, physical and technological resources needed for proper implementation.

Another important aspect is that the 19 corridors defined in the Expansion Plan have been designed to cover current and projected demand, but the technology to be used has not been established a priori. This decision is made on the basis of a multi-criteria matrix which makes it possible to technically determine whether it is more suitable to build a tramway, Metrocable, BRT or heavy metro, or even adopt new technologies, in that particular corridor.

Lastly, I would like to highlight that the Master Plan is revised every five years in order to adapt to the dynamics of population growth and the way in which the inhabitants appropriate the territory. Last year, we made an adjustment that incorporated new criteria for the revision, among them linkage to the human mobility system and the structuring system –environment, landscape and public space– so that it can contribute more effectively to the sustainability of the city/region.

The Expansion Plan is accompanied by identification of possible funding resources, for which a Business Plan has been formulated to identify funding sources through non-fare resources which include businesses associated with transportation and the possible application of the value of the land generated by our system in each one of the planned corridors.

How many patents do you currently have and which one would you highlight?

Four patents have been granted to Metro. The first one was obtained in October 2015 after two years of research, which culminated in the creation of a Vehicle Traffic Monitoring System at the point of connection and operation between the cable, car, station and support clamp, in a cable car transport system. As the name indicates, the development is used to monitor the movement of vehicles. The second patent was granted in December 2015 for the Hub for the acquisition of railway vehicles and acquisition method, which optimises vehicle performance. Also in December 2015 and after 24 months of research, the company was awarded a patent for Diagnovision, a system and method for the inspection of the geometric parameters of railway vehicle wheels.

Fare integration is achieved thanks to the Civica card, a contactless payment method that allows users to travel on the different modes of transport with a single payment

Lastly, in February 2016, Metro de Medellín received the patent for Diagnodefect, a device used for the automated inspection of the roundness of rolling stock wheels on rail tracks. Rather than highlighting one of them in particular, I would like to emphasise the collaborative work work with universities and local industry that underlies each one.

From the beginning, Metro de Medellín has added a social and even educational dimension to urban transport which has been called ‘Metro Culture’. Can you explain what this is and who it is aimed at?

‘Metro Culture’ is effectively an educational and cultural initiative of Metro de Medellín which can be defined as the building of a civic culture based on respect for oneself, respect for others and respect for the public and calls for peaceful coexistence, good behaviour, solidarity and compliance with the basic rules of use of the system and the city’s spaces.

Its target audience includes all of the company’s stakeholders because ‘Metro Culture’ is an integral part of the strategic guidance. This means that when interacting with Metro de Medellín, all of the different stakeholders are impacted by it. Users, for example, receive ongoing training in the proper use of the system and the patterns of behaviour that must be observed in it, while enjoying opportunities that bring them into contact with the arts, music and literature during their journeys. Communities in the areas of influence are also participants in educational actions, as well as recreational and cultural activities. The Human Talent area endeavours to ensure that culture of the organisation, and with all stakeholders, also preserves the principles of ‘Metro Culture’.

Innovation has always been one of your major commitments, what are your most innovative projects?

Without a doubt, Metrocable. Our Metrocable lines represent innovation in processes, as well as social innovation. Since cable cars are normally used in ski resorts, the operators have all of the summer months to perform major maintenance. In Medellín, because it is a public service whose malfunctions radically affect the most vulnerable communities, we have found it necessary to adapt maintenance routines in order to carry them out within no more than 10 days.

Communities in the areas of influence are also participants in educational actions, as well as recreational and cultural activities

What would you say are Metro de Medellín’s major milestones or achievements over the last 22 years of commercial operation?

As in any transport system, the beginning of the commercial operation of each new line is an important milestone. In addition to the milestones shown in the figure, there are others, even before the start of commercial operation. ‘Metro Culture’ began in 1988. Another milestone that we are very proud of occurred in 1999 when we were able, for the first time, to replace train wheels in our own workshops, instead of having to send them to Germany. This marked the beginning of a policy of import substitution and collaboration with academia and local industry.

2007 was also an important year, in which the company, Alternate Concepts Inc., an urban train operator from San Juan, Puerto Rico, became the first international client of the associated consulting business. Since then, we have carried out consulting, technical assistance and support work in the planning and execution of preliminary and operational stages of public transport systems, covering the management of operations, fare collection management, social management, communication and civic culture around sustainable mobility. Our main international clients include the cities of Panama, Lima and Rio de Janeiro. In Colombia, we have supported the cities of Bogotá, Cartagena, Bucaramanga, Ibagué, Santa Marta, Montería, Soacha, El Peñol and significant mobility policy agreements with Colombia’s Ministry of Transport.

Milestones in the history of Metro de Medellín

Other commercial developments and business lines

Metro de Medellín’s Business Development Management is working on three lines with the goal of earning 10% of its revenue from businesses associated with transport by 2020:

1. TECHNOLOGY BUSINESSES
These operate the Civica system (contactless smart card used as a means of payment) to provide the electronic fare collection service in the area of transport, facilitating intermodality, access to city services and the activation of demand for the commercial sector. They also include businesses related to co-branded cards and digital marketing.

2. KNOWLEDGE BUSINESSES
These use the knowledge and experience of Metro de Medellín to support Latin American cities in the study, design, implementation and operation of comprehensive solutions for sustainable mobility. These businesses essentially include the planning and structuring and operation and maintenance of transport systems and sustainability, social management and ‘Metro Culture’.

3. URBAN MANAGEMENT BUSINESSES
These seek existing opportunities in the areas of influence of public transport corridors. Sectors with high potential for hosting development and urban renewal operations are identified in the vicinity of Metro system stations. Analysis is part of the financial sustainability of the entire system, generating resources for its expansion, increasing the number of users and contributing to the consolidation of a sustainable city model. These businesses also cover the administration and exploitation of the company’s property, either through the leasing of commercial premises, advertising or specific operations in the public space.

The modernisation of Metro de Medellín 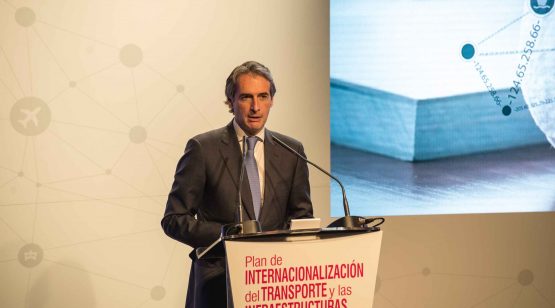