The Central Bioceanic Railway Corridor (CFBC) –a passenger and freight line that will cross South America– is a project aimed at boosting trade between Peru, Bolivia and Brazil. The Bioceanic Consulting Consortium, made up of the Spanish engineering companies Ineco and Incosa, has carried out a feasibility and financial viability study for the railway to better define its route between the Peruvian Pacific coast and Bolivia. 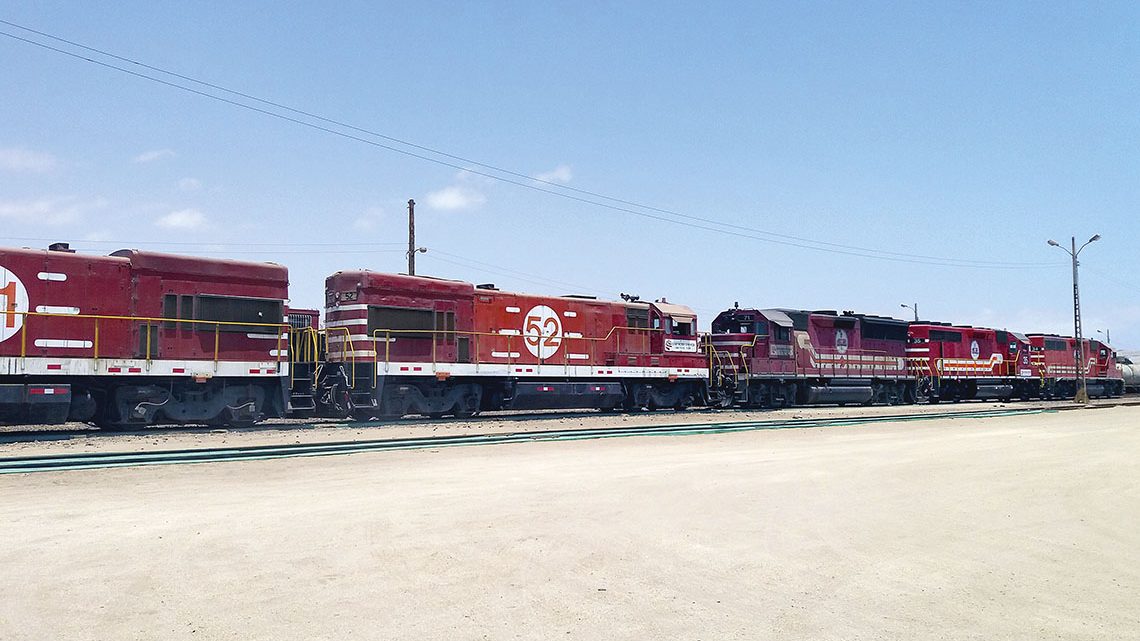 This major railway line is a project promoted by the Bolivian government. The plan is to cross the South American continent from east to west (Brazil, Bolivia, Peru), connecting the three countries and possibly adding branches to Paraguay and Argentina. The project involves building a total of approximately 4,700 kilometres of a freight and passenger line in order to establish a high-capacity transport route between the Pacific and Atlantic.

To analyse the feasibility of the project, the Spanish engineering company Ineco, in consortium with Incosa, carried out a feasibility study for Peru’s Ministry of Transport in 2016 and 2017. The work, which focused on Peruvian territory, included analysis of possible route options and optimum technical and financial solutions; examination of freight demand forecasts until 2055; assessment of Bolivia’s infrastructure situation; studies of the compatibility of the different existing track gauges; and calculation of works budget distribution. The analysis concluded with a social assessment of the project and its feasibility.

This is a large-scale project whose profitability depends on freight and passenger demand originating in Bolivia and, especially, Brazil

The three routes would reach ports on Peru’s Pacific coast: option 1 (originating at Milestone 4) and 2 (originating in Desaguadero), measuring 406.6 and 458.7 kilometres in length respectively, would join in the city of Moquegua into a common branch that would terminate at the port of Ilo; option 3 (originating in Desaguadero) would be the most extensive route, measuring 633.4 kilometres in length, 194 kilometres of which already exist and 439 kilometres which would need to be built. The latter would skirt Lake Titicaca, pass through the cities of Puno, Juliaca and Arequipa and terminate at the port of Matarani.

In all three options, the railway would need to negotiate considerably uneven terrain. The border between Peru and Bolivia is located at an altitude of 4,000 metres, which means that the railway would be required to wind between mountains and highlands to descend to a port on the coast. The basic geometric conditions of the project call for minimum radii of 250 metres and maximum slopes of 2.5%, in addition to the need to minimise the number of bridges, tunnels and earthworks.

In terms of social benefits, the study assessed savings on the operation of freight diverted from the roads; freight and passenger traffic times; environmental benefits; and reduced accident rates

An important part of establishing the feasibility of the Bioceanic Railway Corridor was a demand study to calculate freight volumes in Peruvian territory for all of the route options and their projections for the time horizon under assessment.

The time horizons of the CFBC project to which the study worked were 2025 for entry into operation, 2055 as the end of the maturity period and 2075 as the final time horizon.

In order to determine future demand for the Railway Corridor, a transport model was drawn up using spatial referencing (zoning) to relate the network (supply) with mobility data (demand). It was a macro transport model that enabled prediction of the layout of an origin-destination matrix (demand) across different transport mode networks (supply).

To create this model, Ineco used TransCAD, a powerful transport planning software that uses aspects such as socio-economic variables, the general characterisation of the infrastructure and road and railway demand as baseline information. In addition, field work was also required to collect additional data to calibrate the supply network entered and the demand in the final origin-destination matrices together with the Bolivian review of the transport model.

Demand scenarios were simulated for three time horizons: 2025, entry into operation; 2050, intermediate year; and 2075, the project’s final time horizon. And the three supply scenarios for the three route options.

As a result of this model, the CBFC’s demand corresponding to the area of direct influence was estimated as follows:

The Peruvian rail network has standard gauge (UIC), except on the Cuzco branch to Aguas Calientes (Machu Picchu), which has metric gauge, meaning that any new railway line built in Peru must have standard gauge. Traffic on this gauge also has more transport capacity than on metric gauge.

For its part, the CFBC in Bolivia would have metric gauge, which would require trains to change gauge at the border with Peru. To solve the problem of gauge difference between the two rail networks, 3 options were analysed for the Peruvian section of the CFBC: metric gauge, standard gauge and mixed gauge. A set of indicators was considered such as, among others, compliance with the terms of reference, transport capacity, rolling stock requirements, network effect, benefits obtained by Peru and possible logistics activities in order to identify the possible advantages and disadvantages of the different gauge options.

Analysis showed that the standard gauge option would be the most beneficial for Peru.

Social assessment of the project: cost and benefit

In the study carried out by the consortium, the parameters and values applied to the evaluations for quantification of costs and benefits were those indicated by the methodology defined by the National System of Public Investment (SNIP), with the following concepts assessed:

In terms of social benefits, the study assessed savings in freight vehicle operation diverted from the roads; time savings for freight and passenger traffic; and the benefits of reduced accidents (material losses and loss of human lives and injuries) and environmental benefits (noise, atmospheric pollution, climate change, nature and landscape, loss of biodiversity, soil and water pollution).

To make decisions regarding the different CFBC options, an analytic hierarchy process (AHP) was used. This is a system used in large infrastructure projects in Peru which is acknowledged and valued for the multiple benefits it provides in the analysis of complex problems involving multiple variables.

For the analysis, seven criteria were selected –construction, environmental impact, economic aspects, social improvement services, concessionaires, operations and ports– and each one included a set of sub-criteria that were analysed for the three proposed options. The AHP system uses a scale of 1 to 9 to rate the relative preferences of the two elements to be compared. This method is based on the comparison of all of the options in a paired way for each of the sub-criteria selected.

Once the summarised values of the sub-criteria and criteria had been acquired, they were multiplied to obtain the weight of each of the sub-criteria. With these weights and summarised values of the comparison of the options, the matrices were multiplied to obtain the overall value for each one of the options.

The main conclusion of the study was that this is a large-scale project whose profitability depends on freight and passenger demand originating in Bolivia and especially in bordering countries, whose rail networks will need to upgrade their infrastructure and rolling stock, and, in the case of Bolivia, also complete the merging of its two railway sectors.

Visit of the Kuwaiti under-secretary of Public Works