The commissioning of Metro de Quito’s first subway line is fast approaching. Ineco has supervised the construction of the 18 new trains built by Spanish company CAF, that in just a few short months will be providing service to the most ambitious and significant infrastructure project in the history of the city and will be helping to create a “place to be better citizens”. 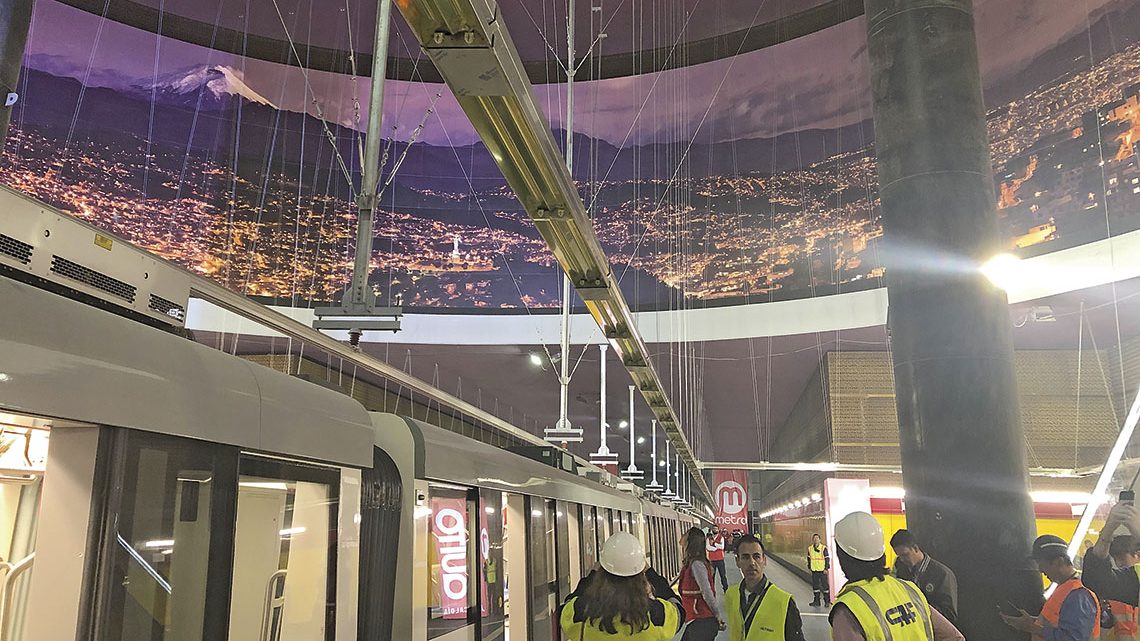 A MODERN PUBLIC TRANSPORT SYSTEM. With just a few months to go until its opening, Line 1 of Quito’s publicly-owned Empresa Metropolitana de Metro de Quito will be completely underground, with 22 kilometres of track built with cutting-edge technology and equipped with modern trains manufactured by the Spanish company CAF. / PHOTOS_INECO

For Dr. Jorge Yunda, Mayor of Quito, the city’s first metro line is more than just emblematic infrastructure; it’s “an excellent opportunity for people to change the way they relate to each other”. The city’s authorities hope the new mass transport system will consolidate ‘Metro culture’. They also believe it will improve quality of life by saving time for residents, enabling them to be more supportive of one another, and allowing them to breathe cleaner air by reducing the thousands of tons of CO2 they currently release into the atmosphere.

More than 400,000 people will benefit from the new sustainable transport system every day

With just a few months to go until its opening, Line 1 of Quito’s publicly-owned Empresa Metropolitana de Metro de Quito will be completely underground, have 22 kilometres of track built with cutting-edge technology and will be equipped with modern trains manufactured by the Spanish company CAF in the north of Spain. The line will have 15 stations stretching from the El Labrador station at the south terminal station of the old airport to the Quitumbe station south of the city, and a total travel time of 34 minutes. Four hundred thousand people are expected to use the new infrastructure every day.

The success of the Medellín Metro prompted representatives of Metro de Quito to sign a rail transport cooperation agreement with the Empresa de Transporte Masivo del Valle de Aburrá Limitada-Metro de Medellín (the Valle de Aburrá Limited-Medellín Metro Mass Transit Company). The agreement provides a framework for joint contribution, knowledge transfer and work in different areas related to the metro’s operation. Similarly, in August 2019, a cooperation agreement was also signed between the Central University of Ecuador and Metro de Quito. The ambitious construction project is supported by the World Bank, the Inter-American Development Bank, the CAF-Development Bank of Latin America and the European Investment Bank.

SUPPLYING THE TRAIN UNITS. Ineco has experience in provisioning many different types of large equipment projects, such as the construction of new EMUs, DMUs and locomotives, overhauling rail stock, freight cars, auxiliary equipment such as draisines, specialised infrastructure maintenance vehicles and on-board equipment.

Just as it did with the trains built by CAF for Metro de Medellín Metro, at the start of 2017 Ineco began supervising the complete rolling stock acquisition process for the Empresa Pública Metropolitana Metro de Quito (EPMMQ – the Quito Metro Metropolitan Public Enterprise). The order included 18 trains with six cars each, plus auxiliary vehicles, equipment and tools for the depot, and spare parts. The railway experts from the Spanish engineering firm provided technical supervision and management of the design, build and tune-up of the trains, a task that involves monitoring compliance with production deadlines, the issuing of deliveries in running order, and ensuring maximum consistency throughout the design, manufacturing and factory testing processes.

The company’s extensive experience in supervising the design, manufacture and commissioning of all types of rolling stock, comes from its work dating back to the 90s in Spain, as well as its contributions to metro and commuter trains abroad, in the cities of São Paulo, Medellín and Santiago de Chile. Ineco’s qualified personnel and exhaustive knowledge of regulatory issues have made the company a household name in the world of railway rolling stock.

COMPREHENSIVE BUILD SUPERVISION. Metro de Quito commissioned Ineco, as a company specialised in subway-type rail transport systems, to supervise, evaluate and ensure full contract compliance throughout the stages of design, manufacture, transport and at tune-up at the final destination.

A long and painstaking process

The Ineco division responsible for the supervision of the design of the rolling-stock, which has an operating life span of 35 years, oversaw the process from the company’s Madrid office. Meanwhile, specialists from the company’s leading teams were present for approval tests carried out on-site at the installations of each of the main train equipment suppliers (in South Korea, China, Switzerland, Germany, Austria, Finland, Portugal and Spain).

Build supervision, train unit assembly and factory tests were completed in the presence of inspectors at CAF’s manufacturing plants in Irún, Beasain and Castejón. The acceptance phase for the trains, auxiliary vehicles, depot equipment and spare parts took place at EPMMQ’s installations in Quito.

Ineco also provided technical assistance to FEEP (the Ecuadorian Public Railway Company) by inspecting three TD2000BB locomotives supplied by Euskotren, to verify their suitability to the track and traction conditions of the country’s lines.

The images show different stages of the design, manufacture, assembly, adjustment and trial/testing processes. Ineco’s experts must be able to guarantee the compatibility of the equipment and the electrical, electronic, wireless, electromechanical and mechanical systems on-board, with the trackside equipment and systems.

Compliance with the respective technical and operational specifications and applicable standards and regulations was monitored at every stage of the process: throughout the design, manufacture and assembly of the units, as well as during the provision and installation of auxiliary vehicles, spare parts and depot equipment and tools. Special attention was given to any systems that could influence operational safety.

TRANSPORT AND DELIVERY OF THE ROLLING STOCK

Part of the job included the review of the packing and dispatch logistics for the trains and auxiliary vehicles, to guarantee their safe and efficient transport throughout the journey. The images show a train leaving the Trenasa plant –part of the CAF group– and later, arriving at Metro de Quito’s depot at the Labrador Station.

As this report goes to print, Ecuador’s most important mobility project to date is also one of the most exciting for Quito’s residents. With just a few months to go before its opening, Metro de Quito is keeping them updated on its progress by sharing step-by-step pictures of the testing and completion of the work. https://www.metrodequito.gob.ec/el-proyecto/. 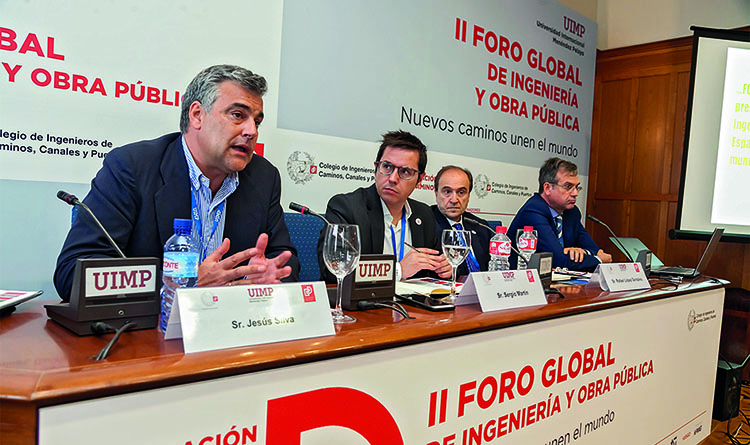