In December 2017, this European project, financed by the GSA (European Global Navigation Satellite Systems Agency) as part of the H2020 Programme, began with a set duration of 24 months. The 14 European companies from five EU countries that participated in the ERSAT GGC project are RFI (project coordinator), Hitachi STS (formerly Ansaldo, technical coordinator), RINA, Trenitalia, Radiolabs, Italcertified and Bureau Veritas for Italy; Adif, CEDEX and Ineco for Spain; IFSTTAR and SNCF for France and UNIFE for Belgium.

The final objective is to contribute to the standardisation of the certification process for the adoption of satellite navigation systems (GNSS) in the European Rail Traffic Management System (ERTMS) standard. The scope of the project was very ambitious, working towards the consolidation of an improved ERTMS functional architecture that includes GNSS, safety studies, definition of a procedure for the classification of railway lines in relation to the ‘virtual balise’, development of a set of tools to assist in this classification, measurement campaigns in three countries (France, Spain and Italy), analysis of the data in the laboratories, evaluation of the architecture, procedure and tools by independent NoBos (Notified Bodies) and, finally, dissemination of the results and activities of the project in different national and international forums.

The ‘virtual balise’ concept has been under development for several years in previous projects launched by GSA, ESA and Shift2Rail, and consists of providing positioning information to the train by means of GNSS signals, instead of the physical balises required by ERTMS.

The ‘virtual balise’ concept has been under development for several years and consists of providing positioning information to the train by means of GNSS signals, instead of physical balises

For this purpose, the onboard equipment will consist of a new module called Virtual Balise Reader (VBR), which will process the GNSS signals and compare the GNSS coordinates with the list of coordinates onboard, reporting the corresponding virtual balise to the Eurocab when the coordinates stored for it are reached. This will make it possible to reduce the number of physical balises installed on the tracks, with the resulting savings for infrastructure managers, (Adif in the case of Spain) in terms of installation tasks, maintenance, theft, etc. This requires adequate reception of the GNSS signal at the points where the physical balises are to be installed, and therefore requires the classification of the railway lines according to the ‘quality’ of the GNSS signal received in each section.

The procedure will identify the sections/points where it is feasible to deploy a virtual balise so that the performance of the GNSS signal in terms of availability and accuracy meets the requirements.

The participation of Spanish companies in ERSAT GGC was distributed in such a way that CEDEX collaborated on the measurement campaign, integrating the tools in its laboratory and analysing the results of the different campaigns, contributing significantly to the customer’s last Demo. For its part, Adif purchased the necessary equipment for the campaign and provided a line and a laboratory train to carry out the measurements to be analysed at a later date.

Lastly, Ineco played a key role by participating in almost all of the work packages, contributing its knowledge in the areas of GNSS and ERTMS given its experience in previous projects such as GRAIL, GRAIL 2, NGTC and STARS. In particular, the company contributed to the consolidation of the functional architecture of ERTMS, the definition of several tools for the toolset, the participation in the Spanish measurement campaign, the analysis of the data from the Italian and Spanish campaigns, and lastly, contributing to the demonstration with the customer and the dissemination activities.

For the test campaign in Spain, Adif selected a line equipped with a Telephone Blocking (TB) system and with low traffic density. Specifically, line No 528 of the Conventional Network between Almorchón (Badajoz)-Mirabueno (Córdoba), which is of type E, with a total length of 130.1 kilometres and which is not electrified, although the runs were made on the section between the Almorchón and La Alhondiguilla stations, which is 94 kilometres long and has a maximum speed of 60 km/h.

Coordination between Adif, Ineco, CEDEX, IFSTTAR and DLR was key to the success of the hours and 20 runs were carried Spanish campaign. A static calibration test lasting 12 hours with 20 runs was carried out over 10 days of the campaign, at different times, in order to cover the various satellite positions of both the GPS and Galileo constellations. With all the data collected (GNSS signals, images and odometry), we moved on to an analysis phase, where the set of tools also developed in the project would make it possible to classify the line regards to the main local hazards to the GNSS signal on railway lines: interference, multipath, NLOS (Non-line-of-sight) and degraded performance.

All measurements were made on a Talgo laboratory train (BT-02), which was equipped with: 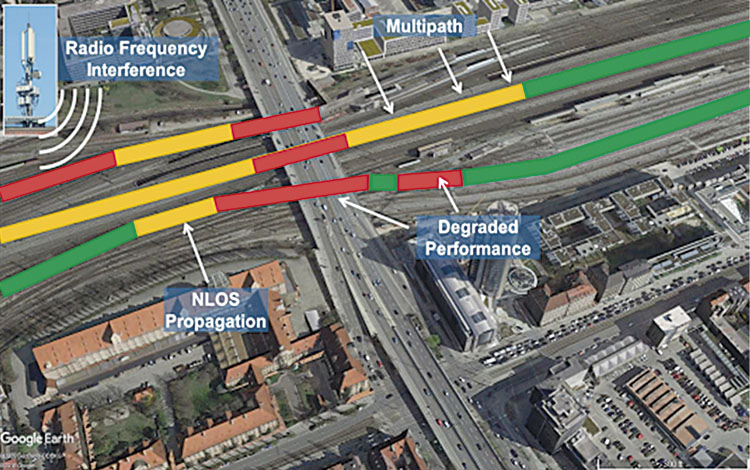 Ineco contributed to the development of different tools used to classify the areas of the train lines as green, yellow or red, for the placement of the virtual balise. In particular, two tools were developed to be integrated into the project:

The GNSS4RAIL tool provides the following advantages in the deployment phase:

Advantages in the operation phase:

The possible uses of the tool are not limited to the specific application of the virtual balise; it can also be used to determine in advance the ‘coverage’ of the GNSS signal at any point on a line and at any given time, and these results can be used for other applications such as operations planning, fleet control, passenger information, ticketing, maintenance, etc. It can also be applied in other sectors such as road transport, maritime operations in ports and VLL drones/aircraft air operations in U-Space.

In the future, ERTMS will be the only signalling standard not only in Europe, but worldwide, with a maximum safety level (SIL4) and multiple suppliers. Cost reduction is the main challenge in the deployment of ERTMS, which is why the integration of GNSS technology into the system:

The use of satellite positioning with ERTMS will allow more economical deployment on regional lines, contributing to its expansion into the European rail network. Lastly, it should be noted that important synergies and collaborations are being done with other Shift2Rail projects (e.g. TD (IP2-TD2.4) to implement satellite technology in ERTMS), which reveal the potential of satellite positioning technologies in the next generation of ERTMS, and in different GSA, EC and ESA projects. The success of this project is the result of the efforts of a team from different areas of Ineco (Francisco J. Fernández de Líger, Beatriz Sierra, María Pedauyé, Ilie Cordero, Javier Espinosa, Víctor Quiñones, María Eva Ramírez and Antonio Águila) and the collaboration and understanding with other companies from Mitma (CEDEX and Adif). For more information, please visit http://www.ersat-ggc.eu/.

Previous Article The highway that tamed the mountain 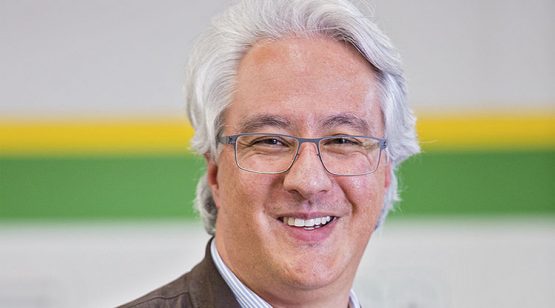