Visit of the Kuwaiti under-secretary of Public Works

Last October, a delegation led by Awatef Al Ghunaim, Kuwaiti under-secretary of Public Works, visited Ineco’s headquarters in Madrid as part of its official visit to Spain. In 2014, the governments of both countries signed an infrastructure collaboration agreement.

During the visit, the secretary of State for Infrastructure of the Spanish Ministry of Public Works, Julio Gómez-Pomar, and the Kuwaiti under-secretary, signed an addendum to the agreement appointing Ineco to provide technical assistance to the construction of the new airport terminal building at the Kuwait International Airport (KIA). During the last five years the company has carried out the Master Plan update and the project management of the enlargement works at the airport (see ITRANSPORTE 49).

In the picture, under-secretary Awatef Al Ghunaim with Jesús Silva, President of Ineco. 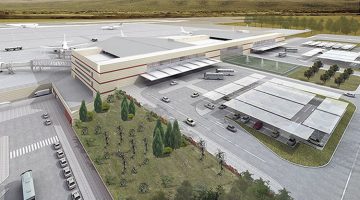 Ineco to design the Heraklion airport