The UK government has awarded Ineco, in consortium with US-based Aecom and British company Capita, the contract for the preliminary design of civil works and environmental impact studies for Lot 2 of Phase 2B of the HS2 high-speed ​​line. The line will connect more than four million people to the capital city of London in just one hour. 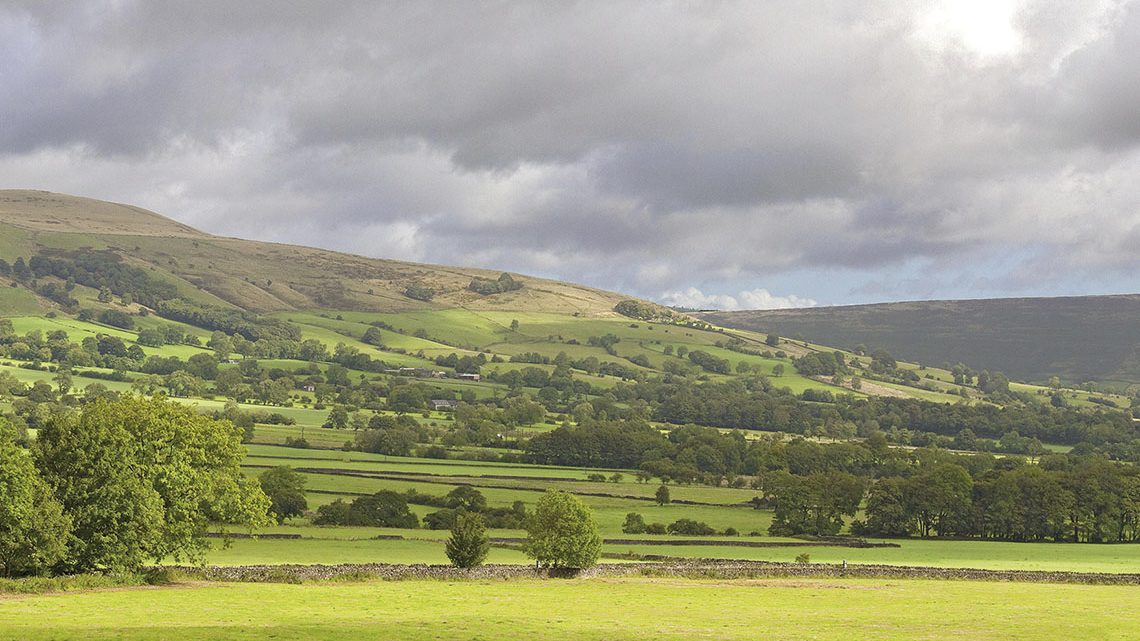 The Spanish public engineering company has been awarded a new contract for the high-speed line (HS2) that will link London with Manchester and Leeds. Ineco, together with US-based Aecom and British company Capita, will be responsible for the preliminary design of civil works and environmental impact studies for Lot 2, a section of Phase 2B of the project (Crewe-Manchester and Birmingham-Leeds). This work will be carried out in a section that is approximately 90 kilometres long, from the access to Leeds and extending to the Phase-1 connection that ends at Birmingham, all the way to the south of Sheffield. The UK government has been revealing details of the second phase of the HS2 project after a period of negotiations and consultations with the public through its official website, where it provides step-by-step reports on all the projects and decisions taken.

The new route will link Birmingham with Manchester and Leeds via two Y-shaped branches: one heads northwest towards Manchester with two stations planned at Manchester Airport and Manchester Picadilly; and the other branch heads northeast towards Leeds via the East Midlands and a spur off the mainline to serve Sheffield. It is estimated that this new phase will generate between 48,700 and 70,300 jobs, as well as the construction of 5,200 to 7,600 homes. The rail operations of Phase 2 of HS2 will begin by 2033, although the government plans to advance the West Midlands-Crewe section (Phase 2A) by a few years to 2027 “so that the North and Scotland feel the benefits that the high-speed rail will bring to the people and populations”.

Under this agreement, the company has consolidated its presence in the United Kingdom, where it has collaborated in Phase 1 of HS2, between London and Birmingham, since 2012, participating in the preliminary design of a section together with the British company Capita. The first phase, 225 kilometres long, is expected to start operating in the 2026. HS2 will have a high-speed network equipped with state-of-the-art technology: trains up to 400 metres long, carrying a thousand passengers, and travelling at speeds close to 360 km/h, transporting thousands of residents of the North, Midlands and South of the United Kingdom with fast travel times, smart ticketing systems and other optimum levels of comfort. In total, it is expected that 14 trains per hour will run in each direction.

The line will feature the new East Midlands Hub stations, in Toton, and Sheffield Meadowhall

Consult the interactive map http://interactive-map.hs2.org.uk/ for updated information on the line and stations.

A 90-kilometre route
full of history

The route of the future HS2 high-speed train continues northwards, connecting the central and eastern regions of England to London in less than two hours.  It will also connect towns with a rich medieval past and an important industrial legacy. Landscape, cultural heritage, biodiversity, water, noise and vibration, and waste are key aspects in defining the project, together with the quality of life of its inhabitants.

The line from West Midlands-Birmingham to Leeds, the right-hand side of the Y, runs through the wooded regions of the East Midlands and South Yorkshire, lands with towns founded in the Late Middle Ages that have managed to adapt to the changing times through knowledge and technology. The preliminary design of the civil works and environmental impact studies must include each and every one of the elements of the overwhelming natural, geographical, and cultural heritage contained in the fields and cities, while ensuring the quality of life of the inhabitants. As in other regions of the United Kingdom, both regions have extensive public transport networks to serve the large population that resides in large metropolitan areas on the outskirts of the cities. Here we present some of the cities that will be served by this section of high-speed HS2 in which Ineco is participating. The West Midlands is home to around 2.5 million people, half of whom live in Birmingham, the UK’s second most populous city after London. It played a decisive role in the industrial revolution, a time from which it still maintains 56 kilometres of canals, even more than Venice. It was bombed in World War II, and after years of decline, surprised the world with a well-designed urban renewal including examples of avant-garde architecture. It has bus, metro, tram and minibus services adapted to provide accessibility to people with reduced mobility using the latest technologies. The international airport is 16 kilometres away by highway and expressway, and has its own train station –Birmingham International Station– with frequent service to the central station, Birmingham New Street. Musical tradition, gastronomy, sporting events, multi-ethnic culture and commerce, as well as its legendary universities, are all part of its current identity.

From Curzon Street station you can take the HS2 trains to the south, –arriving in London in just 49 minutes– to the northwest, to Manchester, or to the northeast towards Sheffield and Leeds. Nottingham was also highly prominent during the industrial revolution, particularly in the production of lace, and it still conserves many beautiful large industrial buildings from that period, along with a commercial tradition that attracted many international brands almost as renowned as the Sheriff of Nottingham (such as the Boots laboratory and Raleigh bikes). With more than 300,000 inhabitants and 650,000 in the suburbs and metropolitan areas, it is well connected, including the East Midlands International Airport, highways, trains and trams and a car rental service managed by the city. The largest bus service is owned by Nottingham City Transport (NCT), which has 330 vehicles, 67 routes and transported 50 million passengers in 2015. NCT has been recognized on multiple occasions as the UK’s best bus operator (Route One Large Operator of the Year 2016). Nottingham Castle, the huge market square (Old Marquet Square) and nearby Sherwood Forest, home to Robin Hood and the famous 800 year-old Major Oak, along with Southwell Minster Cathedral, are some of its tourist attractions.

Nottingham will be approximately 10 kilometres by highway and 12.4 kilometres by expressway from the future high-speed East Midlands hub station in Toton, where the high-speed rail section will connect to the entire region. With some 200,000 inhabitants, Derby has a good rail connection that it inherited from its important industrial role in Victorian times. Its central station, Derby Station, began operating in 1840 in a Victorian building with an imposing façade, with only the old clock remaining today. Formerly the largest railway station in England, it retains good north-south connections and adjoining towns. For its part, Derby shares the East Midlands airport, which is 23 kilometres away by highway, with the metropolitan areas of Leicester and Nottingham. Its monumental past is undoubtedly one of its greatest attractions, reflected in cathedrals, churches and palaces, as well as spectacular gardens such as the Derby Arboretum –England’s first public park– Kedleston Hall Garden and Elvaston Castle Country Park, both next to mansions located on the outskirts of the city.

Derby will be 17 kilometres away from Toton’s future high-speed station, the new East Midlands Hub, by the A52 highway. Bathed by the River Sheaf, Sheffield is part of the county of South Yorkshire and proudly bills itself as a green city due to its many trees. With more than half a million inhabitants, it also stands out for its student atmosphere, with two large universities that attract more than 50,000 young people per year from around the world, and good sports facilities, the result of a long tradition in sports such as football and cricket. Sheffield is also privileged to be within walking distance of the Peak District; the gardens and the luxurious 18th-century Chatsworth Palace; and in the city centre, an immense botanical garden with its remarkable Victorian glass pavilions. The nearest airport –Doncaster Sheffield, originally built for the military– is located 29 kilometres from the city and saw its first commercial flight in April 2005 to Palma de Mallorca. The city, accessible on foot, has three tram lines and several buses. It is connected by train and highway.

Sheffield, further north, has more than half a million inhabitants

The inhabitants will be biggest beneficiaries of the north-south connections provided by the high-speed railway line, which is expected to be connected to a station within the city in around 2033.

Award for Ineco’s design of the ‘HS2 Birmingham Delta Junction’ In 2014, Ineco received an award for its work in designing the ‘HS2 Birmingham Delta Junction’. Located 14 kilometres from Birmingham, this junction provided the challenge of a wide range of structures and highly complex sections, with the main line coexisting alongside the Birmingham inbound and outbound lines and the connection to Leeds. The work corresponds to Phase 1 of the project, in the Country North Section, a 75-kilometre section with two tracks designed for a top speed of 400 km/h. The award was presented by the Be Inspired Awards 2013 of Bentley Systems in the category Innovation in Rail and Transit. International recognition of this excellent project carried out by the company’s railway experts.

Ineco has more than 25 years of experience in high-speed rail since its participation in the design and construction of the line between Madrid and Seville which opened in 1992 (see IT59).
Tags: AecomCapitaHS2Ineco

Next post San Bernardo brought up to date with BIM

Previous Article Beneath the heart of León 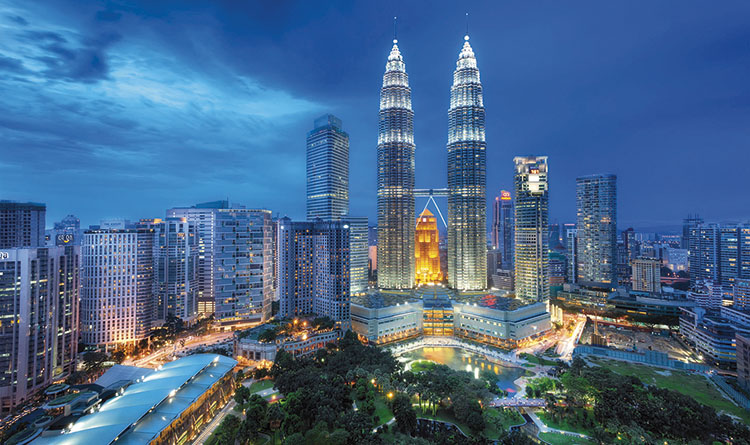