Land freight transport can play a key role in the UN’s Sustainable Development Goals. For this reason, the EU recently approved measures aimed at promoting more efficient and sustainable transport with lower emissions. 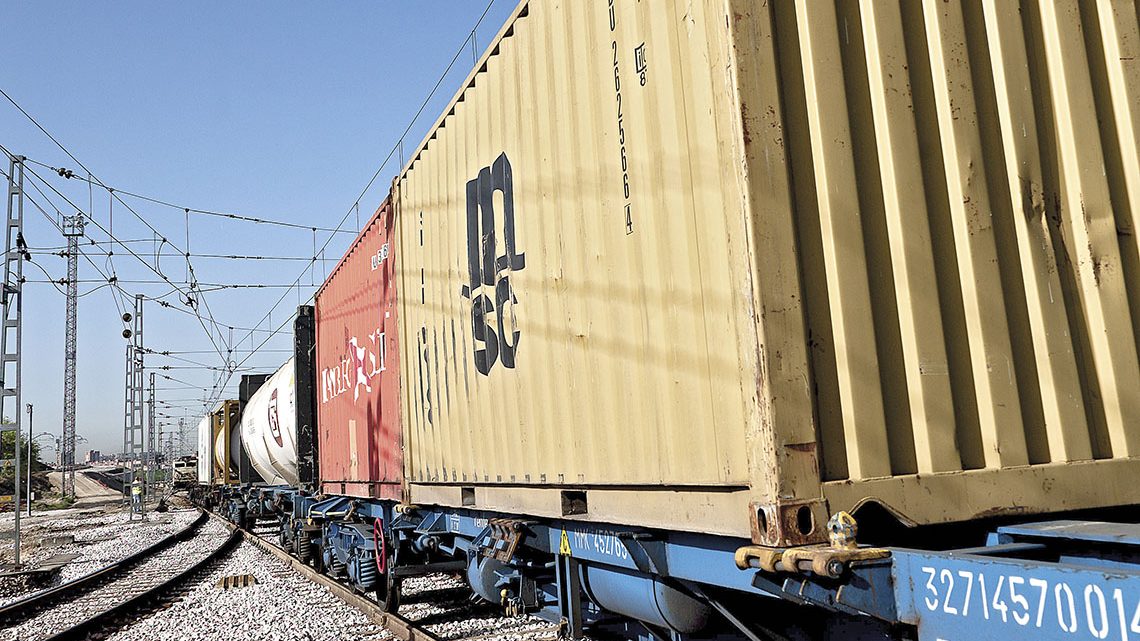 On 25 September 2015, 193 countries committed themselves to achieving the 17 UN Sustainable Development Goals (SDGs) by 2030. These SDGs are based on the values of responsibility, equality, sustainability and resilience, among others. Land freight transport could play a key role in achieving these objectives, since this is a sector that contributes to employment and the economy, connecting and enabling world trade, exchange between consumers and producers and is closely linked to the economic development of countries.

The way in which this transport is developed is another key factor in achieving the SDGs, because transport services themselves, and the necessary infrastructure, can be directed towards more energy-efficient, lower-carbon emissions, more reliable vehicles and means of transport, and accessible and resilient infrastructure.

Within the framework of the European Union (EU) and in the railway sector, one example of measures and actions in alignment to help achieve the SDGs is the implementation of the Trans-European Transport Network (TEN-T). Its roll-out involves planning interoperable infrastructures that will eliminate existing inter-country connectivity problems arising from differences in technical specifications in each country, such as track gauge.

Specifically, Regulation 1315/2013 requires that infrastructure be electrified, have a standard track gauge of 1,435 mm, and allow trains with a minimum axle load of 22.5 tonnes, as technical requirements on the TEN-T Core Rail Network by 2030. At the same time, in the field of road transport, the EU recently approved a reduction in CO2 emissions from lorries, which means that beginning in 2025, new lorries will be required to emit an average of 15% less than in 2018, with a reduction of up to 30% starting in 2030.

According to the latest available figures from the Observatory for Transport and Logistics of Spain (OTLE), the land freight transport market has a significant presence, accounting for 75% of the freight transported in and out of the country in 2018. The share in terms of tonnes of the land mode varies significantly depending on the area in question; in the case of international journeys, it drops to 20%, with maritime transport playing a more significant role.

In Spain, 96% of tonnes of freight are transported by road, the predominant mode of transport, as opposed to rail, which in 2018 accounted for less than 2% of freight and 4.3% of net tonne-kilometres for all modes of transport. However, rail freight transport is almost five times more energy efficient than road, in regard to the energy consumed with each tonne-km transported, according to data from OTLE.

In Spain, 96% of tonnes of freight are transported by road, the predominant mode compared to rail, which moved less than 2% in 2018

The share of the rail transport mode in land freight transport in Spain has been decreasing since the second half of the previous century, when the conditions of the means of transport and road infrastructures improved significantly, leading to a loss of market share for railways that has continued until today. Similar declines, albeit to a more limited extent, have also occurred in neighbouring countries. In 1991, the tonnes-km of rail freight accounted for 10.7% of total demand, dropping to 6.8% in 2001.

Given the current situation of the railways, measures are being taken in terms of infrastructure and the updating of regulations, in line with those issued by the EU, as part of a global effort to promote efficient and sustainable means of transport. These include the construction of the Mediterranean Corridor, improvements to the conventional network and the development of a new gauge changeover system.

The Mediterranean Corridor is part of the trans-European corridor between Algeciras and Stockholm. It is 3,500 km long, covers 54% of the population of the EU and 66% of the GDP. It will enable the movement of people and freight by rail, generating opportunities and economic growth. In Spain, it runs through the Regions of Catalonia, Valencia, Murcia and Andalusia, connecting with European railway lines, including high-speed lines, and with the main Spanish ports on the Mediterranean arc, making it one of the most important railway routes on an economic and commercial level. The new infrastructure consists of 14 sections, 5 of which, the ones closest to the French border, have been completed, with the remainder under construction or currently being planned. It is scheduled to be completed in 2025, although it could run beyond that date.

When the high-speed network is put into service, passenger traffic will be transferred from the Iberian-gauge conventional network to the standard-gauge HS network, which will create free lines that can be used by freight trains without having to be shared with passenger trains. Works are being carried out to improve freight transport, including new electrified sections, such as the Bobadilla-Algeciras section, which is within the actions of the Mediterranean Corridor, and the Salamanca-Fuentes de Oñoro section on the Portuguese border, which forms part of the Atlantic Corridor, and which is expected to be completed in 2021 to connect the ports on the Atlantic coast with the centre of Europe.

One of the factors most often used to justify the limited use of rail for international trade has been the difference in gauge between mainland Spain and the European network. In an attempt to address this problem, various procedures have been applied, from the transshipment of freight to the changing of axles and bogies of wagons and carriages, along with a competition in 1966 to have rolling stock that would automatically change gauge. The finalists were the systems from Seville-based OGI and Vevey in Switzerland, with the latter chosen as the winner but later rejected for failing to meet the technical requirements.

In 2011 and 2013, the decision was made to develop the OGI system, a mandate that has been carried out by the companies Adif, Azvi and Tria. Following homologation of the gauge changeover system in 2019, the State Railway Safety Agency authorised the entry into service of the MMC3 container wagons and LTF vehicle carriers. In principle, the availability of the new wagons should increase rail transport, although this type of material will be limited to specific relations, since due to its specific characteristics it will have to make mainly round trips outside the Iberian Peninsula.

The challenges of the railways

In Spain, there was a 60% drop in the market share of the tonne-km transported by rail between 1991 and 2018. Several aspects were responsible for this significant decline:

Previous Article Without a trace... of carbon

Promoting the Galileo system in agriculture 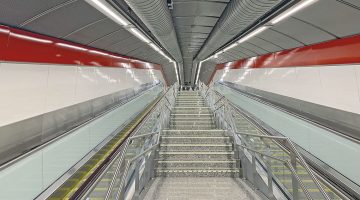